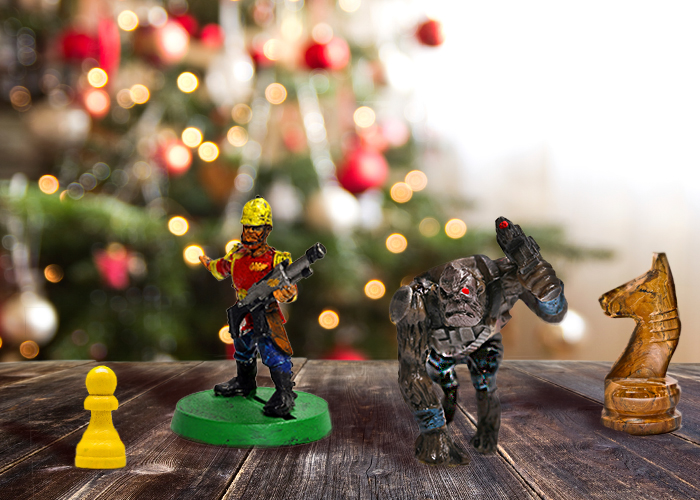 With the holidays upon us, I’ve started thinking about what gifts I’m going to give this year. I know, some of you had your shopping done months ago. Unfortunately, I will never be that person. One of my favorite gifts to give people is a new game because I enjoy them so much myself. Another reason I love to give games is because instead of buying each niece and nephew a present (I have 12!), we can cross them all off of our list by giving each family a board game they can play together.

Here in Spokane County, Uncle’s Games is an amazing resource for finding new, fun games for the entire family. I’m always impressed by Uncle’s employees. You can tell they love games and really want to help you find what you’re looking for. If you aren’t sure if a game is a good fit or not, ask an Uncle’s Games employee for help at their Downtown Spokane or Spokane Valley locations. When you visit one of their stores, you’ll also find they have many demo games out so you can play before you buy. Whether you’re looking for a game for a certain age group, or you want a great party game to give as a New Year’s Eve hostess gift, Uncle’s Games is the place to go. As an added bonus, your purchases support a local business.

To help you on your quest to find the perfect game, I asked Uncle’s Games’ employees to put together a recommendation list of the newer games that are sure to be hits this holiday season. They were happy to help, but admitted that with so many fun games to play, it was “hard to narrow down the best”.

Here are Uncle’s Games recommendations for your holiday gift-giving this year: 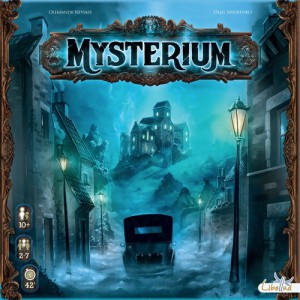 Mysterium is number one on our list. This is a great family (or party) cooperative game where one player is a ghost while the other players are mediums (psychics). Players work together to figure out the identity of the person that murdered the ghost, what object they used, and in what location. Think Clue, but cooperative (and much more fun). Each turn the ghost will give the mediums clues. However, the ghost cannot speak; they must give clues with cards that have pictures on them. The job of the mediums is to correctly guess the clue that pertains to either the murderer, murder weapon, or location. If any of the players cannot guess their person, place, and weapon within 7 rounds, the group loses the game. Recently released, this game is set to be a hot seller this Christmas season and for many years to come. (2-7 players, ages 10+)

Next up is Codenames. In Codenames, there are two teams and each has a Spymaster. The teams take turns with the team Spymaster giving one-word clues to try to get their teammates to guess the right codename. Teams want to get the right codenames with the right color, while trying to avoid the other team’s color. This game is all about word association and reading into other people’s minds! The first team to guess all of their team’s correct colors wins. (2-8+ players, ages 14+) 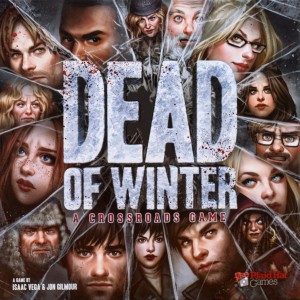 Dead of Winter is a cooperative game set in the wastelands of a zombie apocalypse. Players control multiple survivors who are trying to make it in this desolate world. Conditions are harsh, food is scarce, and zombies come running at the slightest noise! You must work together with your fellow survivors to acquire resources and recruit more members to your cause. Victory is determined when your group collectively completes the main objective of the game (you will play with one of multiple objectives per game). However, each player has a hidden objective card that will make them win the game over others—there may even be a player working against the group to win alone! This game is highly recommended for gamers looking for a fun challenge. (2–5 players, ages 13+)

Some other board game titles to keep an eye out for: Betrayal at House on the Hill, Machi Koro, Castles of Mad King Ludwig, Pandemic Legacy, King of Tokyo, Carcassonne, Dominion, and Lanterns. 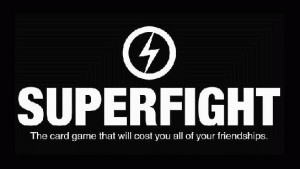 Superfight is a great party game for the whole family. Two players each build a fighter based upon the cards in their hand. Then, they each make an argument for why their fighter would win if the two fought. After listening to their arguments, the rest of the group votes on who would win. This game can get hilarious with the combinations of fighters and powers. (3–10 players, ages 5+). 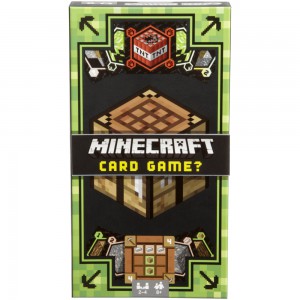 Minecraft Card Game? Yes, it’s real. There is a card game based on the popular video game! (Also, there really is a question mark in the title—that’s not a typo.) In this game, players take turns collecting resources (iron, wood, gold, diamond, stone) and then using those resources to craft their own tools. The tools have various abilities that make your resource collecting easier, as well as count towards your overall score. However, be careful! Within the piles of resources, there are the infamous creepers and TNT can blow up many cards at once. The first person to 15 points wins! (2–4 players, ages 8+) 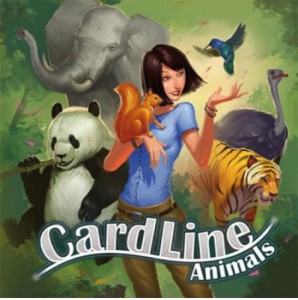 While not particularly new, Cardline Animals (there is also a Cardline Dinosaurs version) is a popular game based on the Timeline games. Players take turns trying to place their animals in the right order. Animals can be ordered based on 3 different categories: lifespan, weight, or size. When the guess is made, you flip the card over to reveal its true stats. If the guess was incorrect, you must draw a new card. The first player to run out of cards wins. (2–8 players, ages 7+)

NOTE: The number of players and age ranges for the games listed are what is recommended by the manufacturer. Many games can be played by kids younger than the recommendation, it just depends on the individual.