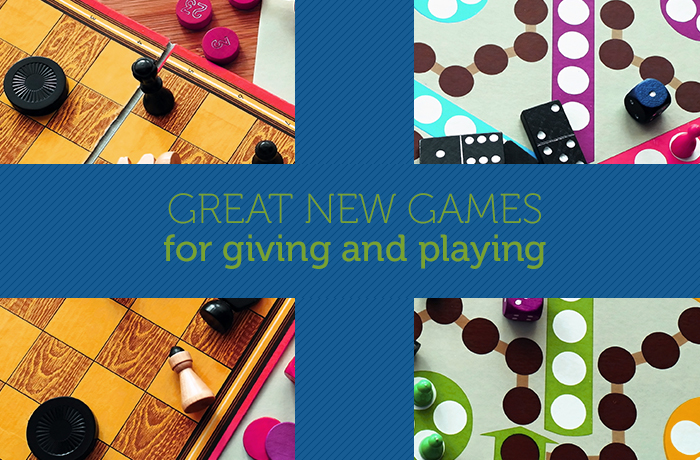 I love playing games. That’s probably why I also enjoy giving games as presents. Unfortunately, I don’t always have time to discover all the great new games that are coming out. So for the last two years (and this year) I’ve asked the experts at Uncle’s Games to give me recommendations. For the third year running, they did not disappoint. Here are some of the best games from 2015 and 2016 recommended by Uncle’s Games for the holiday season. 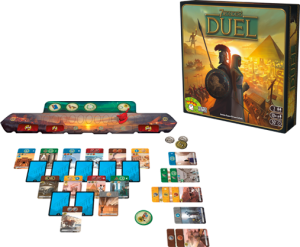 7 Wonders Duel
This is a head-to-head variant of the classic 7 Wonders drafting game. 7 Wonders Duel is optimized for 2-player gameplay. Players alternate, both drafting building cards from a common pool in an attempt to build up their city. Once a player has enough resources, she can even build some of the ancient wonders of the world. But be careful, there can only be 7 Wonders built at a time, so it is a race between you and your opponent to get them constructed. 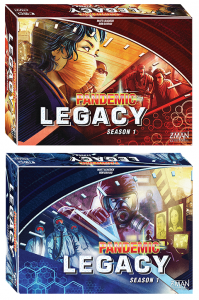 Pandemic Legacy
Work together with a team of players taking on the roles of scientists, doctors, and investigators to cure a series of global diseases that threaten the survival of humanity. Every game will have an impact on future games as new breakthroughs are found, characters fall ill and die, and whole cities are overrun with disease. This game will keep you playing from week to week with its unique narrative connectivity.

Isle of Skye
Take the role of a Scottish Clan chief and try to become successful enough to become the King. Players bid on tiles to place them in their territory, accumulating resources like sheep, whiskey, and precious metals. The bids are secretly put on different tiles: other players either buy them or you’re forced to buy them yourself. 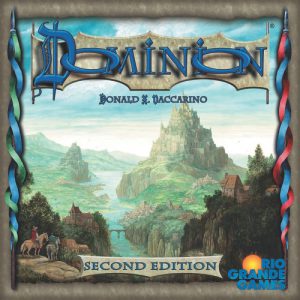 Dominion (2nd Edition)
In this update on the classic deck-building game, players start with just a few copper pieces and some small fiefs. They then take turns playing cards from their deck to purchase new cards for the deck. Perhaps a player will invest in a militia to raid other players, a smithy to upgrade copper pieces to silver and gold, or a daring thief to steal his or her opponent’s gold pieces. As the game progresses, each player’s deck gets more powerful and capable of pulling off greater combos. Eventually players purchase large provinces to score victory points and win the game. 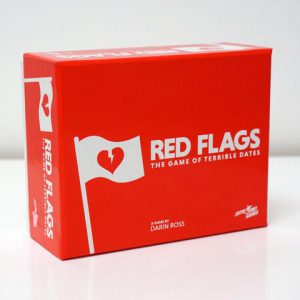 Red Flags
In this game of terrible dates, players take turns being the “single” who must decide from a few choices of potential dating partners created by the other players. The twist is that in addition to positive traits like “world’s best chef” and “yacht owner,” there are also negative “red flags” that players put on their opponents’ potential dates to spoil the pot. Players then vocally defend their date to the “single,” trying to explain why the “Yoga instructor, world traveler” is still the best option despite the fact that they “call you a 6 to your face.” The “single” picks their favorite and the sponsor of that date wins the round. 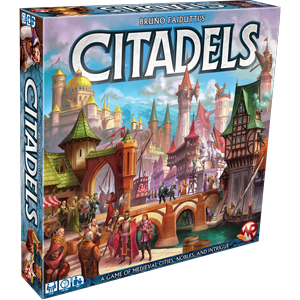 Citadels
During every turn, players secretly choose their characters who will help or hurt their opponents. Then, based on their chosen role, players trigger their characters’ special powers and try to buy cards to build their citadel. Once 8 cards are in play the game ends. 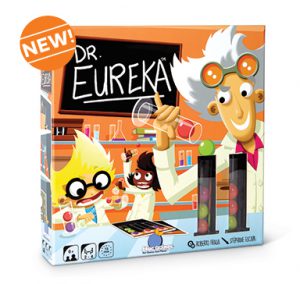 Dr. Eureka
This puzzle-solving game tasks players with transferring colored balls back and forth in three plastic test-tubes to match a pattern on a card flipped each round. The trick is that they can’t use their hands to grab! They have to pour from one tube to another. The fastest player claims the card as the score-keeping method. Careful though, if you spill the balls, you have spilled your chemical and are out for the round. Younger players can simply try to solve the puzzle rather than race each other, making this game great for a variety of ages. 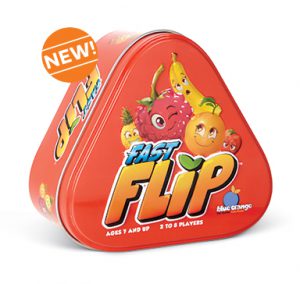 Fast Flip!
A pattern recognition game. Players have a short period of time to look at a card before it’s flipped over. When it is flipped over, the card shows you a clue and whoever answers first becomes first player to try to solve the pattern. 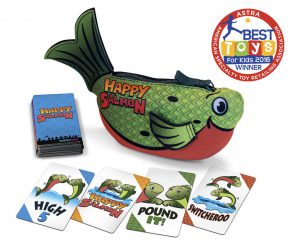 Happy Salmon
Simple, fast, and very silly card game. There are no turns. Instead players call out the actions on their cards, and when two players can make a match together, they perform the action on the card. Actions include giving a “high 5” or a “pound,” making a “switcheroo,” and of course the “Happy Salmon.” Once you’ve made a match, you discard a card. The first person to get rid of all of his cards wins. 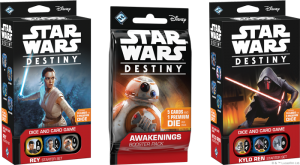 STAR WARS: Destiny
This new card and dice game from Fantasy Flight Games has players take on the role of characters from the entire Star Wars saga. Each character has dice that they can roll to damage opponents, defend themselves, generate resources, and much more. The players’ decks, in turn, represent the allies, tools, weapons, and abilities of the characters they control. Gameplay alternates back and forth between players who take micro-actions, so no one player is ever sitting still for long. The first player to defeat all of their opponent’s characters wins!