5 eBooks for comic and cosplay fans 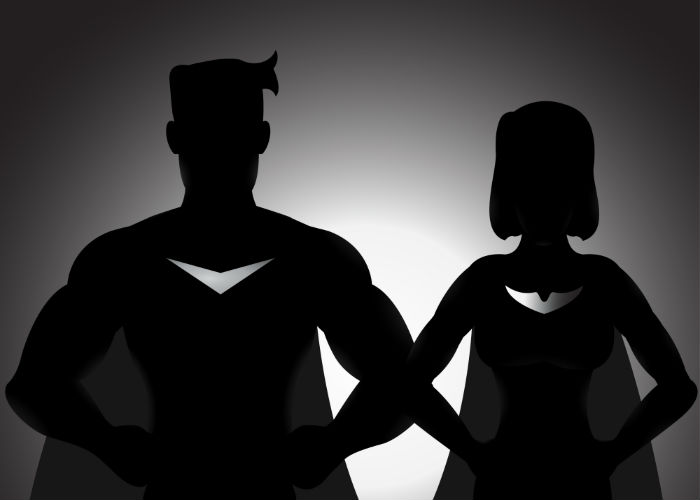 Summer is the season for superheroes. Between the numerous comicons and superhero blockbuster movies, characters like Black Widow, Mad Max, and Ant-Man are front and center. While I thoroughly enjoy Marvel action movies like The Avengers and Iron Man, I admit that I’m a novice when it comes to true superhero knowledge. Reading comic books and graphic novels hasn’t been part of my repertoire until recently. Thanks to the library’s summer theme: “Every Hero Has a Story” and my boyfriend’s love for Marvel and DC comics, a whole new world has been opened to me.

We recently added eBooks and comics to our digital offerings available through hoopla. If you haven’t checked out a comic book or graphic novel, I highly recommend it. Their immersive-reading technology, Action View, enables full-page and panel-by-panel views for an exceptional reader experience. Superheroes aren’t limited to just comics on hoopla. While browsing through the eBooks, I noticed many interesting titles focused on different superheroes, creators of comic series, and the fascinating art of cosplay.

Whether you’re like my boyfriend and have been devoted to a fandom for years or are more like me and just discovering the wonderful world of comics, you’ll find a variety of captivating titles to supplement your comic and cosplay knowledge.

Here are the five eBooks, along with their descriptions from hoopla, that are on my to-read list:

Wonder Woman Unbound: The Curious History of the World’s Most Famous Heroine 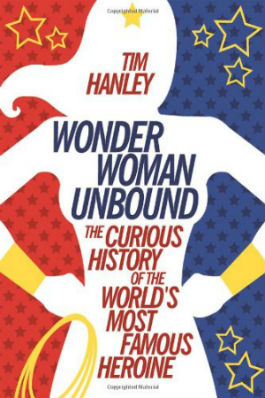 With her golden lasso and her bullet-deflecting bracelets, Wonder Woman is a beloved icon of female strength in a world of male superheroes. But this close look at her history portrays a complicated heroine who is more than just a female Superman. The original Wonder Woman was ahead of her time, advocating female superiority and the benefits of matriarchy in the 1940s.

While other female characters stepped forward as women’s lib took off in the late 1960s, Wonder Woman fell backwards, losing her superpowers and flitting from man to man. Ms. Magazine and Lynda Carter restored Wonder Woman’s feminist strength in the 1970s, turning her into a powerful symbol as her checkered past was quickly forgotten. Exploring this lost history as well as her modern incarnations adds new dimensions to the world’s most beloved female character, and Wonder Woman Unbound delves into her comic book and its spin-offs, as well as the myriad motivations of her creators to showcase the peculiar journey that led to Wonder Woman’s iconic status.

Tinseltown’s fascination with the comic icon is detailed in this book, encompassing all the behind-the-scenes machinations that helped shape Superman into a screen legend and all the derailed projects that have vilified everyone involved. These newly uncovered stories about the odyssey of bringing the Man of Steel to the big screen include the challenge of making Superman appear to fly, and the many casting processes, which at various points had Superman being played by multiple actors.

Based on extensive interviews with producers, screenwriters, cast members, and crew, this expos spills the beans on all the various TV shows, from the classic The Adventures of Superman to the modern hit Smallville; the various animated efforts on both the large and small screens; and the movies from 1979’s smash hit Superman: The Movie to 2006s wildly expensive Superman Returns. Also included are the stories about the Superman movies that never made it to the screen, helmed by maverick directors Kevin Smith and Tim Burton, and featuring expenditures on scripts and sets that are even more eye-popping than the film’s special effects. 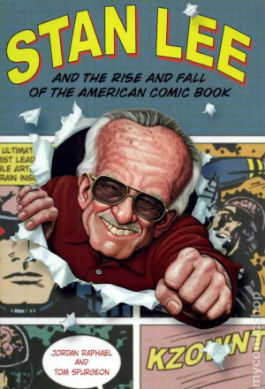 Based on interviews with Stan Lee and dozens of his colleagues and contemporaries, as well as extensive archival research, this book provides a professional history, an appreciation, and a critical exploration of the face of Marvel Comics. Recognized as a dazzling writer, a skilled editor, a relentless self-promoter, a credit hog, and a huckster, Stan Lee rose from his humble beginnings to ride the wave of the 1940s comic books boom and witness the current motion picture madness and comic industry woes. Included is a complete examination of the rise of Marvel Comics, Lee’s work in the years of post-war prosperity, and his efforts in the 1960s to revitalize the medium after it had grown stale.

Heroes In The Night: Inside the Real Life Superhero Movement

Tracing the author’s journey into the strange subculture of Real Life Superheroes (RLSHs), this book examines citizens who have adopted comic book style personas and have hit the streets to fight injustice in a variety of ways. Some RLSHs concentrate on humanitarian or activist missions helping the homeless, gathering donations for food banks, or delivering toys to children while others actively patrol their neighborhoods looking for crime to fight. By day, these modern Clark Kent’s work as dishwashers, pencil pushers, and executives in Fortune 500 companies, but by night they become heroes for the people. Through historic research and extensive interviews, this work shares not only their shining, triumphant moments, but also some of their ill-advised, terrifying disasters. 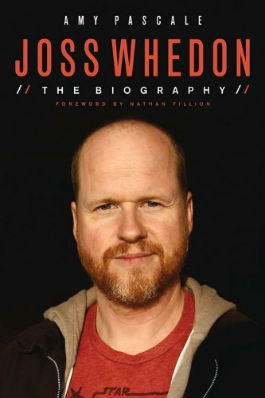 From the cult favorite Buffy the Vampire Slayer, which netted four million viewers per episode, to the summer blockbuster The Avengers, which amassed a box office of $1.5 billion, Joss Whedon has made a name for himself in Hollywood with his penchant for telling meaningful, personal tales about love, death, and redemption even against the most dramatic and larger-than-life backdrops.

This biography follows his development from a creative child and teenager who spent years away from his family at an elite English public school to his breakout turn as the creator, writer, and director of the Buffy television series. Extensive, original interviews with Whedon’s family, friends, collaborators, and stars—along with the man himself—offer candid, behind-the-scenes accounts of the making of groundbreaking series such as Buffy, Angel, Firefly, and Dollhouse, as well as stories about his work with Pixar writers and animators during the creation of Toy Story. These conversations present an intimate and revealing portrait of a man whose creativity and storytelling ability have manifested themselves in comics, online media, television, and film.