7 Most anticipated YA books to read this fall 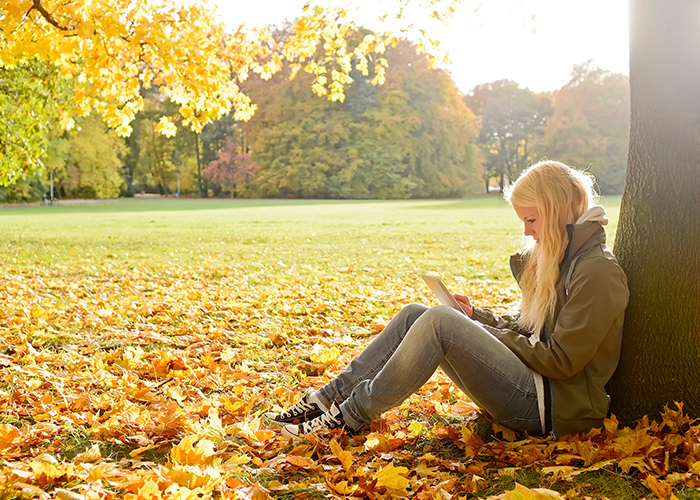 As the days get slightly shorter and store shelves quiver under the weight of notebook paper and backpacks, I’m comforted that if summer has to go, the reward is a bounty of fall teen fiction. From series sequels to favorite authors and stand-alone novels, there’s a story for everyone. Everything here will be published in the next two months if it’s not on the shelves already, and you can place holds right now!

Although there are a lot of contenders, I think our biggest book is going to be Magnus Chase and the Gods of Asgard: The Sword of Summer, simply because it’s Rick Riordan’s newest series and it’s based on Norse mythology. Magnus Chase has not had an easy life. He’s lost his mother, he lives on the streets, and now his strange Uncle Randolph is on the scene, saying Magnus is the son of a Norse god. Not only that, the rest of the gods of Asgard are preparing for war and it’s up to Magnus to prevent total Ragnarok. This older, middle grade YA novel will appeal to Percy Jackson and Thor fans alike. 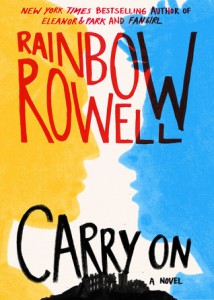 Rainbow Rowell, author of Eleanor & Park and Fangirl, returns with Carry On, an epic fantasy/romance starring (wait for it…) Baz and Simon from Fangirl. Rowell describes the novel as “a ghost story, a love story, and a mystery” on her website, and it’s also a masterful piece of imaginary fanfiction.

Some of our staff are excited—really, really excited—about The Rest of Us Just Live Here by Patrick Ness. One of Ness’s earlier books, A Monster Calls, is one of those books that doesn’t just make you cry—it makes you heave and weep and get unattractively red and snotty. The Rest of Us Just Live Here is completely different. It’s that all-too-rare thing: a dystopian comedy in which the main character isn’t one of the Chosen Ones (a jab at Divergent and its many imitators). Unlike the indie kids discovering their Destinies, Mikey’s needs are far simpler. He just wants to get into college, maybe make out with a girl, not be so dang anxious all the time, and perhaps even find the extraordinary in his oh-so-ordinary life.

We’re thrilled to see Lair of Dreams, the long-awaited sequel to The Diviners by Libba Bray. Evie O’Neill is an aspiring flapper/party girl learning to cope with her recently discovered psychic powers. As Evie and the rest of her Diviner crew navigate their sudden fame, a mysterious sleeping sickness pervades 1920s New York. Recognizing supernatural evil when they see it, the Diviners know they must combat this new threat, but how? Libba Bray’s writing is gorgeous and her historical detail fleshes out an already fantastic story. 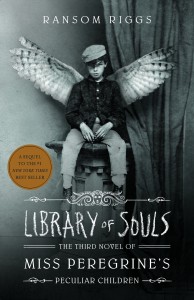 The third Miss Peregrine book, Library of Souls, comes out in late September. Illustrated with fifty new “Peculiar” photographs, Library of Souls picks up where Hollow City left off. With their friends and their beloved Miss Peregrine still in danger and a madman on the loose, Emma Bloom and Jacob Portman must slog through a criminal-infested Victorian slum in order to stage the most daring of rescues. Wonderfully haunting and eerie, Library of Souls looks like the perfect book to read in the weeks leading up to Halloween.

In Six of Crows, Leigh Bardugo returns to the world she built in the Grisha Trilogy. This time we’re introduced to young, criminal mastermind Kaz Brekker (who goes by the street name Dirtyhands due to the unsightly nature of his crimes). Presented with the chance to pull off a highly lucrative heist, Kaz puts together a crew of highly specialized misfits, who rarely get along much less have any reason to trust one another. Fans of complex characters with complicated motivations and intricate backstories will enjoy this new quasi-historical fantasy. 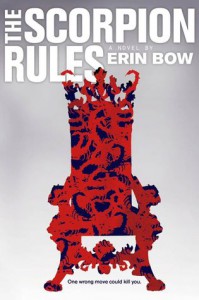 I’m also personally looking forward to The Scorpion Rules by Erin Bow. I loved one of her earlier novels, the unfairly overlooked Plain Kate, and this chilling novel about a future world, ruled by a four-hundred-year-old artificial intelligence named Talis, looks just as good. Talis has prevented world war but at a terrible price – children are the collateral that keeps the peace. Greta is a proud seventh generation “Child of Peace” who finds her ideas about diplomacy, fairness, and the infallibility of non-human government challenged when a new “Child of Peace” arrives on the scene. Bow is a skillful, original, and wildly imaginative writer, and while it might seem like she could trot out some familiar dystopian YA tropes, rest assured that The Scorpion Rules will be something refreshing, smart, and new.

What are you looking forward to reading this fall? What did we miss? Let us know in the comments!