Another world: Picture books about refugee and immigrant experiences 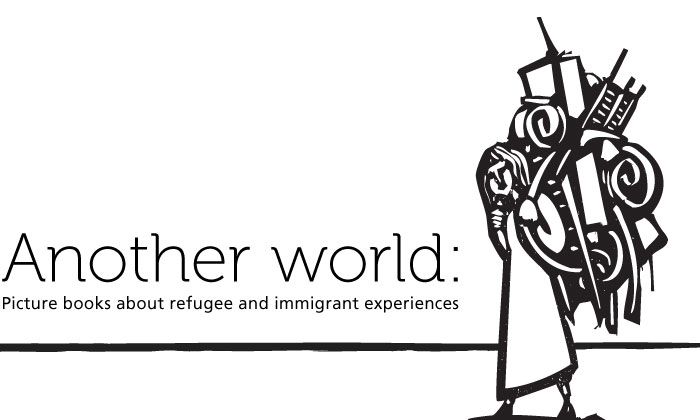 Imagine your home—the furniture, the walls, the books, the art, the smells, the landscape where you live. Imagine what it would be like if war came and things got so bad you had to leave. Imagine leaving your belongings and your pets, your friends and your neighborhood. Imagine traveling day and night, always scared. Now imagine doing this as a small child.

This is the premise for Francesca Sanna’s beautiful and haunting picture book, The Journey (ages 3–7). A loving family is shown in a picturesque unnamed city “close to the sea.” But then war comes—a big, terrifying swath of anthropomorphic black crushing buildings and grasping after the fleeing family. When the war takes away the narrator’s father, the family considers the previously unthinkable—packing up and escaping to another country, “a country far away with high mountains.” Sweeping lines and a minimalist palette convey both the coziness of home and the dread of the unknown. Sanna also vividly portrays the family packing, driving by night, hiding in various trucks, bicycling, and hiding in woods until, finally, they reach the sea. All is not without hope, however! The narrator’s mother is a brave and constant presence, and various animals—North American bears and deer, foxes, ocean creatures, and a joyous tumult of birds—watch over the family as they undertake their dangerous journey. 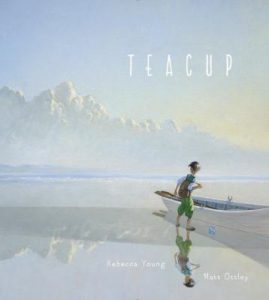 Explaining the refugee crisis to young children is not easy, and several recent picture books, including The Journey, do a beautiful job of it. Teacup (ages 4–8) by Rebecca Young was originally published in Australia in 2015 and opens with a boy setting out alone in a rowboat with only a teacup of earth from the place where he was born. The text is spare and lyrical—each thing the boy encounters reminding him of home while also spurring him to make his life anew. Matt Ottley’s illustrations convey scenes pacific in every sense of the word—vast oceanscapes as seen from above, sunlit beaches, and tranquil sunsets. There is no mention of what made the boy leave his home, only a sense of wonder and possibility as he gradually gets older and discovers more of the world. It’s a dreamlike and very metaphorical treatment of a very real world issue. 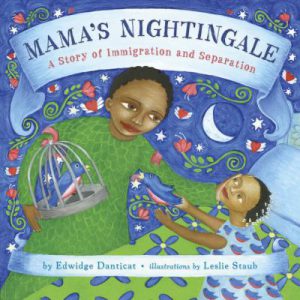 In contrast, Mama’s Nightingale by Edwidge Danticat (ages 5–8) is the story of Saya, an American-born girl whose mother is sent to an immigration detention center for not having “the right papers.” This affecting story was inspired by Danticat’s own childhood and shares the trauma currently being felt by thousands of families across the United States. Saya’s mother is still able to send her daughter cassette tapes of lullabies and bedtime stories recorded in her own voice, all of which inspires Saya to write something that might finally bring her mother back home. 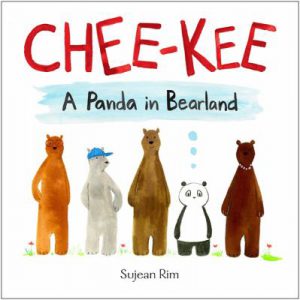 Chee-Kee: A Panda in Bearland by Sujean Rim (ages 4-8) makes the experience of being in a new land instantly relatable as Chee-Kee Loo, a young panda, struggles to feel at home when his family moves to Bearland. Noticing that his new friends eat with forks instead of chopsticks and wear sunglasses instead of conical hats, Chee-Kee worries that he’ll never be able to fit in. Rim, who incorporates the look of Chinese brush painting and bases her story in part on her own family’s emigration to the United States from South Korea, takes a humorous and understanding approach to the lengthy process of finding one’s way when everything is different. Especially of note is the sweet way Chee-Kee’s mom handles well-meaning but misinformed comments. “You look funny!” remarks a young bear cub. “Oh thank you,” Mrs. Loo replies. “You look funny too! How lovely!” 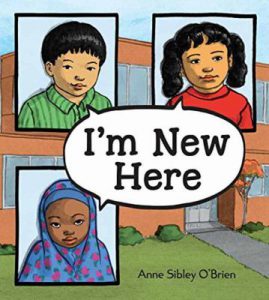 For a very realistic portrayal of the different challenges faced by young kids from specific countries, consider Anne Sibley O’Brien’s I’m New Here (ages 5–7). Maria is from Guatemala, Jin is from South Korea, and Fatimah is from Somalia. Each has their own struggle: Fatimah doesn’t know how to navigate her new school, Maria has trouble speaking the language, and Jin struggles with writing the right characters and words. O’Brien’s text and illustrations are matter-of-fact and inspire empathy. Maria, Jin, and Fatimah are immediately relatable, and as O’Brien shows the differences between American school and the culture each child comes from, it’s easy to see how difficult it can be to adapt and fit in. 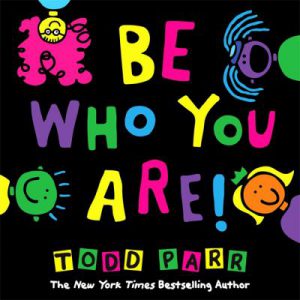 For the youngest readers, I’m a huge fan of Todd Parr’s Be Who You Are (ages 3-6). His brightly colored stick-figure-ish compositions have been a hit at every toddler storytime I’ve ever conducted. This one packs a powerful message as the reader is exhorted to embrace everything that makes them unique: “Be young!” “Be old!” “Be a different color!” “Be proud of where you’re from!” Parr’s message is one of inclusivity and celebration, while at the same time being a deceptively simple and joyous read aloud.

For more recommendations, visit your local library. And don’t forget to tell us some of your favorite picture books portraying refugee and immigrant experiences in the comments!