Audiobooks: Are they reading or cheating? 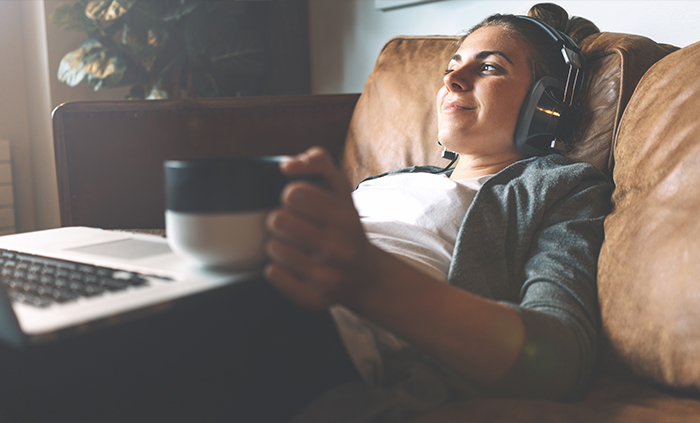 Readers quickly divide into two groups when it comes to audiobooks: those who consider listening to audiobooks as reading and those who don’t (“it’s cheating!”).

On which side do you fall?

I am a lifelong member of the pro-audiobook club. I’ve been listening to books for as long as I can remember. I started with books on cassette, moved on to books on CD, and now I’m using downloadable audiobooks through OverDrive and hoopla.

As a kid, my family’s road trips were vastly improved by a good audiobook in the car; and falling asleep to a story (read by a parent or a recorded voice) was always my preferred way to go. I was also known to have rigged my portable cassette player up into the apple tree in our backyard via a pulley system. I could climb trees, munch apples, and read all at the same time!

On the other hand, there are definitely important reasons to encourage young readers to learn to read visually, primarily for reasons of learning how to decode letters and words.

But what about adults who are beyond this developmental step? Is listening to a book really reading?

When considering comprehension, the answer is yes. According to cognitive psychologist Daniel Willingham in his blog post on the subject, listening to and reading the printed version of a book requires much of the same attention from your brain. Visual reading requires the aforementioned decoding component as well, but in terms of comprehension alone, listening and reading print make your brain work in similar ways.

And so, if you consider yourself a print-or-nothing kind of reader, I implore you to try an audiobook. You will either learn how engaging an audiobook can be, or reconfirm your loyalty to the printed word.

In our collection, we have many great audiobooks that are improved by amazing narrators and voice actors. 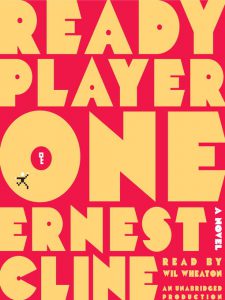 My recent favorite is Ready Player One by Ernest Cline. It is a science fiction story set in the near future, and read by the one and only Wil Wheaton. His voice lends a perfect combination of honesty and irony to the main character Wade Watts. Plus, his future self makes a brief appearance in the story, and Wheaton does an amazing job of not bringing it to your attention unnecessarily. 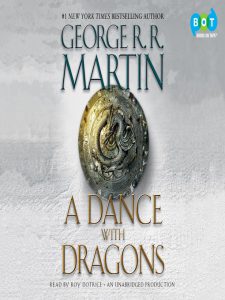 One of my all-time favorite audiobook readers, Roy Dotrice, recently passed away at the age of 94. Dotrice was the narrator of the A Song of Ice and Fire series by George R. R. Martin. His reading style for the first three books was such an engaging and theatrical addition to the story that when a scheduling conflict kept him from recording book four, the listeners of the series went after the publisher with torches and pitchforks, insisting they re-record the book using Dotrice instead of his replacement. When I listened to the alternate reader for book four, I actually didn’t recognize a few of the characters right away. The new reader conjured up completely different physical characteristics than those previously envisioned. I felt strangely disconnected from the story. I felt less like I was in the middle of a series and more like I was a stranger in an as-yet-unread world. It was a welcome return to the familiar when I listened to book five, A Dance with Dragons, which was once again voiced by Dotrice. Book 6—if it does get published—will be difficult for many listeners of the series without Roy Dotrice’s unique contribution.

British actor Jim Dale is most widely known for his narration of the Harry Potter series. As a performer, he has an expert way of creating nuanced characters from the written page. Whenever I hear his voice I am immediately taken back to Hogwarts. I have wondered how I would feel about Harry and his friends without his charming voice introducing them. Now, having listened to the entire series, I can re-read the print versions of the series knowing that I will hear Jim Dale’s voice as I read the pages. 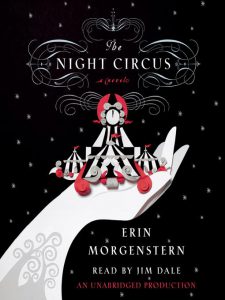 Another book narrated by Jim Dale is The Night Circus by Erin Morgenstern. Part fairy tale, part mystery, and part romance, it is the story of the rivalry between two young performers in a magical circus. For those looking to fully immerse themselves into a magical world, the audio version of this book is the answer.

There are countless well-narrated non-fiction books as well, and many of them are read by their authors, which adds an even deeper layer to their words.

One such memorable story is Frank McCourt’s autobiography Angela’s Ashes. McCourt reads his own words, and his thick Irish accent is a memorable complement to the story of his Irish childhood.

I also strongly suggest The Little Book of Hygge: Danish Secrets to Happy Living, written and narrated by the CEO of the Happiness Research Institute, Meik Wiking. His accent and inflection are the perfect match for this little book on the fascinating subject of happiness. He not only knows his subject matter closely, he reads it in such a way that makes you realize that he might be laughing at himself a as he reads—so he’s good at not taking himself too seriously. 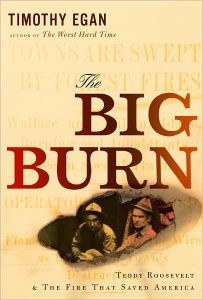 The Big Burn by Timothy Egan is narrated by Robertson Dean. Before I read this book, I didn’t know about Dean and I found his reading style very distinct. In my research for this blog post, I learned that, along with dozens of other titles, he has read audio version of The Poisonwood Bible, written by one of my favorite authors—Barbara Kingsolver. Looks like I will be re-reading that one soon!

Children’s audiobooks are great for family car time, especially for kids who suffer motion sickness when reading a print book in the car. For those who don’t get carsick, it is easy to pair an audiobook with the paper version for younger kids to follow along with as well.

One of my family’s favorite funny series is Hank the Cowdog. John R. Erickson starting writing this series in the 1980s, and as far as I can tell, he is still going strong. There are over 60 individual books, and the author voices (and sings!) all of them. This series is a laugh-out-loud way to get from location to location and silly enough to keep the entire family entertained. 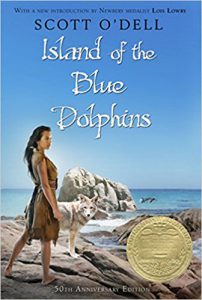 The classic children’s book Island of the Blue Dolphins by Scott O’Dell is another of my childhood favorites. The voice actor, Tantoo Cardinal, is an American Indian—a member of the Métis people. She has been acting since the 1970s, though this may be her only audio reading. She brings a feminine strength to the character Karana. Her soft spoken accent helps to conjure up vivid images of the deserted island and its sole human inhabitant.

There is little doubt that a professional storyteller will read a book differently than a nonprofessional. Many book narrators are trained actors or have personal connections to the words they are recording. Each reader will pronounce names and places with their own individual accent and personality applied. Even so, it is within the minds of the readers—even when listening—where they create the world in their own imagination. No matter how we read, we will each envision the world of a book slightly differently from each other through our own individual perspectives.