Book Club for two: Books to read with someone special 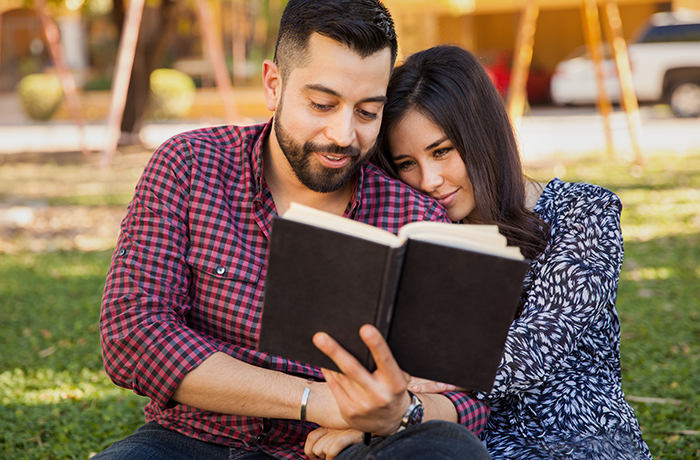 One year ago, my husband came to me with the idea that we regularly set aside time to read the same book. Normally our tastes in reading couldn’t be more different. I love romance, and I don’t stray too far from that genre. My husband, however, reads more broadly. You’ll find everything from classic horror to modern literary fiction on his to-read shelf.

In college, we both simultaneously read the Harry Potter series, but after that it seemed that, if we happened to read the same book, it was at completely different times. So when he came up with the idea, I was intrigued by the prospect of finding something we’d both be happy reading and that we could discuss together afterward. You could start a book club for two with just about anyone in your life—spouse, best friend, parent, sibling, neighbor, really anyone you want to share the experience with!

So far, my husband and I have read twenty books together, and our small book club for two is thriving. Here are five of the books we’ve read to inspire you to start up your very own book club for two. 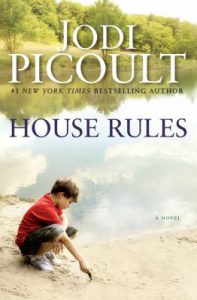 I cannot tell you how much I love this book. It is one of my all-time favorites (and it’s not even a romance title!). Admittedly, Jodi Picoult does write domestic dramas mostly for a female audience. This story, however, has plenty of aspects that will appeal to male readers.

In House Rules, Picoult tells a powerful story about Emma, a single mother who is struggling to balance her career and caring for her oldest son, Jacob, who suffers from Asperger’s Syndrome, and her youngest son, Theo, who’s going through a rebellious phase.

Congenitally incapable of interpreting common social behavior or properly expressing his feelings, Jacob takes refuge in Crimebuster reruns and forensic science, leading to awkward run-ins with local police. When the body of Jacob’s social-skills tutor is discovered, police first suspect Emma’s boyfriend. But when news footage shows the body wrapped in Jacob’s favorite quilt, Emma comes to the troubling realization her son might somehow be involved.

The mystery unfolds from multiple viewpoints, twisting and turning before racing toward one heck of an ending. Fans of police procedural shows and legal thrillers will be thoroughly entertained by this book. Movie buffs who love to quote famous lines will fall for Jacob and his use of film dialogue as everyday conversation. There’s so much appeal here, it’ll pull you in right away no matter your reading tastes. 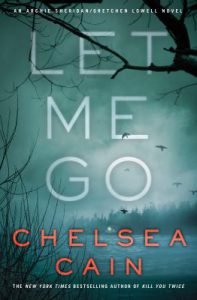 Let Me Go, by Chelsea Cain

I’m always a fan of a great thriller with a diabolical serial killer in it, and Let Me Go is just that. Set in Portland, this novel is another installment in the ongoing saga of troubled detective Archie Sheridan and his off-kilter relationship with notorious serial killer Gretchen Lowell.

Respected psychologist Gretchen Lowell was once part of the task force investigating her murders. During the investigation, she became romantically involved with Detective Archie Sheridan. Their connection was part cat-and-mouse game, part ill-fated romance, and it ended when Lowell kidnapped Sheridan. Instead of killing him, she let him live, and he’s been chasing her ever since.

This is the sixth book in the series, but don’t fret about picking up the series at this point. Cain clearly shares the back story, so you won’t be left feeling as if you’ve missed something. Her stunning portrayals of the cunning and sociopathic Lowell and the seemingly hapless but unendingly resilient Sheridan are masterful. This book is hard to put down. As a general warning, things do get a bit graphic. 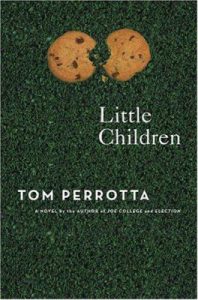 In this satire of suburban life and the trappings of parenthood, Little Children has a unique blend of humor and snark that make it an easy and entertaining read. Initially, I was skeptical about how interesting the plot would be, but I found myself thoroughly entertained throughout.

The characters in this book are constrained and ultimately defined by their relationship to children. The story focuses primarily on two characters: Sarah, an erstwhile feminist who finds herself a reluctant mother and wife to a husband addicted to visiting an off-color website and Todd, a handsome ex-jock and stay-at-home dad (known to neighborhood housewives as the Prom King) who finds he’d rather stay at home with the kids than take the bar exam and get on with his stalled law career.

The two fall into a sordid but steamy affair that provides a powerful distraction from their troubles at home. Neither expects to form an emotional attachment, but they soon find themselves deeply involved.

I struggled with the ending, which could be the sign of a writer whose choices leave a reader with something to think about. The humor is dark, and some of the characters unsavory, so it may not be for everyone. Personally, I think it’s ideal for a book club for two. 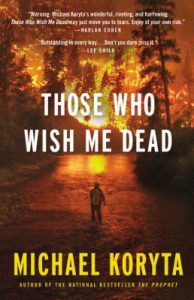 Those Who Wish Me Dead, by Michael Koryta

My husband introduced me to Michael Koryta. Those Who Wish Me Dead is part thriller, part survivalist fiction and follows the story of young Jase Wilson, who after witnessing a murder is placed into witness protection and sent to an out-of-the-way survival school for troubled youth.

In the mountains of Montana, Jase learns how to tame the wilderness and also how to treat it with respect. However, his troubles are never far behind him. When those who wish Jase dead catch up with him, he has to use all the skills he’s learned to save his own life.

Koryta’s brilliantly written characters will tug at your heart strings, and you’ll be pulling hard for Jase to escape the two creepiest brothers in the history of modern literature. This one’s non-stop action.

Fair warning: things do get a bit graphic, and some of the action scenes can be intense. 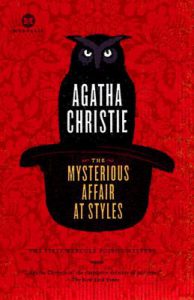 The Mysterious Affair at Styles, by Agatha Christie

The queen of mystery has no shortage of excellent titles to choose from, and The Mysterious Affair at Styles, her first novel, is one of her very best. It also inspired us to watch the excellent Poirot TV series that is based on this and other Poirot novels.

There’s no character in literature quite like Hercule Poirot, the highly meticulous Belgian detective who always catches the culprit. In this first installment, we find Poirot in the small village of Style St. Mary in England, minding his own business until called to investigate the poisoning of the wealthy Ms. Emily Inglethorpe.

Christie brilliantly weaves her mystery, presenting several red herrings for the reader before Poirot calls everyone together to make his accusation. She also presents us with the humorous, retired military man Hastings, a somewhat bumbling sidekick for Poirot. This is a read most everyone should enjoy.