Classic Tales with a Modern Twist

As a kid, I can remember being curiously obstinate about reading the “classics.” I would read just about anything from cover to cover, from a TV guide to a doctor’s office pamphlet, unless it was written by some dead old guy and labeled a classic. My absolute favorite thing to read, though, was fairy tales—I could not get enough of the fantastic creatures, twisting plots, and seemingly happy endings. It wasn’t until my fifth grade teacher pointed out that all of those fairy tales I loved were classics in their own right that I gave something like The Adventures of Tom Sawyer a try. 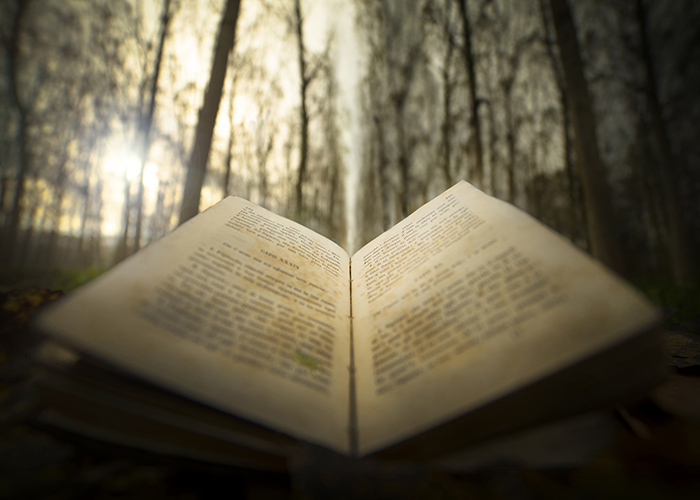 For the record, I still don’t like The Adventures of Tom Sawyer (or The Adventures of Huckleberry Finn either for that matter), but I did discover many fairy tale type classics like Through the Looking Glass, The Wizard of Oz, and Peter Pan. That was also the year I came across an anthology of the original versions of fairy tales and realized how little I knew about the stories I enjoyed so much. As I read each fairy tale, I remember simultaneously loving these stories for what they were, and being horrified that they were nothing like the Disney movies and the Little Golden Books that I knew.

As I’ve gotten older, my taste has changed slightly; I’ve moved from the classic short tales to some of the amazing modern versions authors have been creating for years. Inspired by fairy tales and classics, authors are turning classics on their heads and making something amazing. What’s more, they have been moving away from the happier, more sanitized versions of these tales, and going back towards the original, darker side of these stories.

While I can’t guarantee a happily ever after, I hope you’ll give these stories a try—and share some of your own favorite fairy tale takes as well.

Since the brutal attack that took her eye years ago, Scarlett and her younger sister, Rosie, have been ruthlessly luring and hunting Fenris, werewolf-like creatures that prey on helpless girls. When Rosie begins second-guessing the hunting life and is drawn to Silas, a family friend and impressive woodsman, a once unbreakable bond between sisters becomes strained. As the wolves gain power, the girls must work together with Silas to seek out a potential Fenris that could be the key to a massive attack on the growing werewolf threat. This version of “Little Red Riding Hood” is decidedly dark, with brutal, merciless attacks from both the wolves and the sisters. Pearce’s modern twist on fairytales also continues in three companion titles: Sweetly, Fathomless, and Cold Spell.

Banished to Neverland, Captain Hook finds himself cursed to an endless amount of meaningless battles with Peter Pan that he can never win. And while selfish and boastful in the original, this Peter Pan has become a blood-thirsty brat who’s gone just about feral after years of running with the lost boys, and no supervision. When Stella, a grown woman, somehow dreams her way to Neverland, things begin to change. Her influence will bring changes to Captain Hook and open up Neverland’s (and Pan’s) secrets in ways Hook could have never expected.

Cinderella and Cyborgs! That’s what will likely peak most people’s interest at the beginning, but the enchanting, mysterious tale of a cyborg mechanic slaving away in a futuristic China will be what holds it throughout the book. The first in Meyer’s Lunar Chronicles series, Cinder incorporates just enough of the Cinderella story as to be noticeable, but not so much as to be predictable. Of course there’s an evil step-mother and a handsome prince, but there’s also Cinder’s mysterious past that may be tied to the malevolent alien queen bent on destroying their world.

My Mother She Killed Me, My Father He Ate Me edited by Kate Bernheimer

In this collection of over 30 short stories inspired by fairy tales such as “The Little Mermaid” and “Rumpelstiltskin,” Kate Bernheimer, founder of Fairy Tale Review, strove to compile a diverse set of stories from a wide-range of authors. Don’t expect to immediately recognize the original tales in these stories, though, few are what you would consider a clear take-off from their inspiration.

While each story was uniquely fascinating, Michael Cunningham’s “The Wild Swans” (inspired by Hans Christian Anderson’s tale of the same name) immediately caught my attention. Picking up right where the original left off, this story delves into the poor unknown 12th brother whose shirt wasn’t finished in time leaving him struggling to live with a swan wing for an arm. Be warned though—these stories aren’t for the faint of heart. Many are as dark and twisted (if not more so) than the original.

Dorothy Must Die by Danielle Paige

While not a fairy tale, Dorothy Must Die certainly reimagines a classic. This twist on the Oz saga pits Amy Gumm, the “other girl from Kansas,” against a power-hungry Dorothy. In a tale where the flying monkeys may be good, the good witches are probably bad, and the wicked witches aren’t very wicked, Oz isn’t like you remembered it. Don’t get too comfortable with the plot or any of the characters; there are plenty of twists, and a quite a bit of death in this adventure to Oz.

Forced from their Homelands, this graphic novel series details the lives of Fables, characters pulled straight from fairy and folk tales, as they live amongst us in a community known as Fabletown within New York City. These aren’t the fairy tale characters you remember though—Sheriff Bigby (the Big Bad Wolf) is married to Snow White, Prince Charming is a narcissistic womanizer, and Cinderella (Prince Charming’s third wife) is secretly spying for the sheriff. Detailed illustrations and well-developed characters mix with an interesting story as the story delves into Rose Red’s disappearance and apparent murder.

This collection of short stories and poems by local authors such as Sharma Shields (who also edited the title), Kelly Millner Halls, Jess Walter, and SCLD’s own Sheri Boggs, features a looser, more everyday-style approach to fairytales. The evil queen is in the market for a magic mirror in one story and Bigfoot steals toenail clippers in another. As you’re more likely to find a backyard swimming pool or road trip than an enchanted forest or glittering castle, this collection will definitely appeal to those who want to explore what fairy tale means in a modern world.