Fanfiction primer: Reading and writing what you love 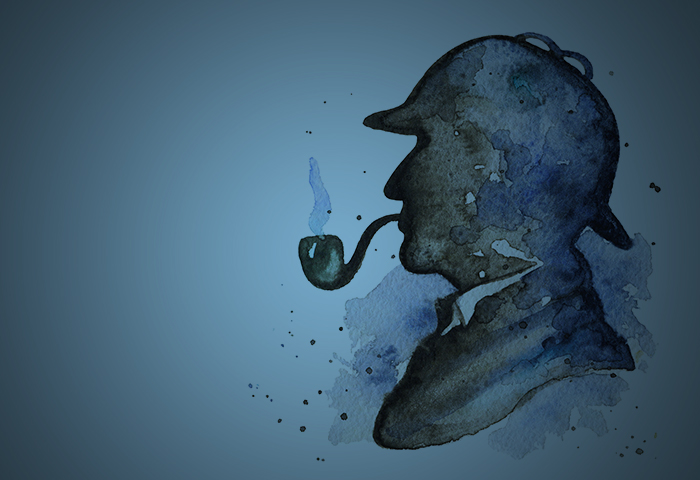 Tired of writing serial mysteries, Arthur Conan Doyle had just unceremoniously shoved Sherlock Holmes over a cliff mid-wrestling match with a never-before-mentioned arch nemesis. Fans were incensed, devastated, or both. Many of them turned to writing apocryphal works (writings of dubious authenticity), pastiches (imitation of a previous work), and parodies (imitation for comic effect or ridicule). Many included characters with names such as “Picklock Holes” and “Schlock Holmes.” A few of the apocryphal writings got to keep Sherlock’s name by approval of Doyle’s literary estate.

One such story was written by J. M. Barrie, the author of Peter Pan.

Barrie was under contract to write an opera that he was too sick to finish. Doyle was hoping to prove his worth as a “serious” writer outside of writing the tales of Holmes. A clear solution presented itself to the two friends: why not write the opera together?

Of course, you can write as many operas with your friends as you’d like. However, it doesn’t mean that people are going to take you seriously, if nobody likes the operas you’ve written. And such was the case with Barrie and Doyle’s opera. It fell flatter than a failed soufflé.

In response to the failure, Barrie wrote a short story with Dr. Watson as the narrator in which he and Doyle visit Sherlock to ask him to investigate why no one attended their opera. When Sherlock tells them that it’s because the public wanted to stay away, Doyle and Barrie literally (though fictionally) brandish knives and cut him up into nothingness. Sherlock’s final words rail that if they kill Sherlock, then they won’t be able to afford more luxurious transportation than a bus every again.

It is, in my opinion, one of the funniest pieces of self-insert fanfiction to ever be published. You can find it in this collection of Sherlock-related works.

Dr. Watson never names the writers visiting 22B Baker Street, but instead refers to Barrie (the author) as “the handsomer of the two.” Watson is so often completely shocked by each turn of events that he repeatedly bumps his head against the ceiling when jumping in surprise. Sherlock tries to tell Doyle that he’s deduced their purpose in arriving, but Doyle interrupts and tells him to cut the first four pages of expository nonsense and get to the problem already. It’s a devastating mockery of both Doyle and Holmes that still holds enough lightness and humor not to feel mean. It’s the perfect fanfiction.

So fanfiction—a story created by one writer borrowing the world or characters of another writer—has been around for just about as long as stories have existed. You can find it in many forms: adaptation, apocrypha, pastiche, parody, interpretation, homage.

Perhaps among the most infamous instances of historical fanfiction—often called the unauthorized or false sequel—is the Second Book of the Ingenious Knight Don Quixote of La Mancha written under the pseudonym of Alonso Fernández de Avellaneda by an unknown author. The first volume of Don Quixote was extremely popular, but Cervantes wrote at the speed of George R. R. Martin (aka glacial). While the public impatiently waited 10 years for Cervantes to finish the second volume, the fanfiction piece was published. Cervantes was not amused. In fact, he included characters and ridicules of the unauthorized second volume with Quixote responding with great offense to the false accounts of his life.

Almost every one of Shakespeare’s plays is a personal take on a pre-existing myth, legend, or historical event. King Lear is based on a tale that dates back at least as far as Geoffrey of Monmouth, an author famous for his own 12th century fanfiction of the King Arthur legend. Contemporarily considered to be among Shakespeare’s greatest tragedies, Lear was performed with a fan-revised happy ending for almost 150 years.

Most people have encountered some kind of adaptation of Shakespeare, whether they know it or not. Here are a few.

Today, the older an original work is the easier it is to adapt it commercially.

Fanfiction of contemporary work is sometimes seen as a fanciful, self-gratifying hobby, but adaptations of older works are usually taken on their own merit and can be viable in the publishing and film industries.

The third season of BBC’s Sherlock was the U.K.’s most watched drama since 2001. This version of Sherlock has been praised both for its loyalty to Doyle’s original work and for the liberties it takes.

Meanwhile, transformative fanworks of more modern film, television, and published work like Supernatural, Harry Potter, and Lord of the Rings are blocked from publication and go relatively unknown outside the fan community, regardless of quality.

A major contributing factor is intellectual ownership and copyright. The attitude of medieval England and Western Europe toward intellectual property was quite egalitarian: stories were a product of the collective imagination rather than of an individual.

We don’t know the authors of Beowulf, the first King Arthur legends, Poetic Edda, and any other number of early medieval favorites. Figures like King Arthur can be found in hundreds of iterations because oral storytelling offered both the opportunity and the necessity for lots of different narrators with different informative experiences to share their versions.

First established in 1710 in England, copyright gained popularity and nuance throughout the 18th century. The United States constitution even included a clause protecting creative works in 1790. In 1908, the Berlin Act cemented the copyright end date in Europe to the length of the author’s life plus 50 years.

With author and artist’s estates in place, this effectively barred outside creators from profiting from an adaptation of anything written during or after the 20th century. Contributing to an existing story without an author’s or estate’s explicit endorsement could only be done in a non-commercial way. And so we see the rise of fanfiction as it is today.

BACK TO THE FANS

By the time Star Trek arrived on the scene, American society saw unendorsed work that borrowed another artist’s characters or world as derivative. Those who create Star Trek fanwork have been frequent victims of ridicule, mostly seen as obsessive, socially inept nerds.

Though some dismiss fanfiction, it serves an important purpose. While copyright law protects the rights of creators, it can also limit creative output. Imagine if Shakespeare had been given a cease-and-desist order when writing his plays.

Original authors, too, can benefit from fanfiction. It’s arguable that J. K. Rowling’s success is in part due to the support she gave her huge base of fan creators.

Harry Potter brings me to the thing I love most about fanfiction.

Women and gender minorities, who are still struggling to receive equal work in traditional publishing, make up the vast majority of fanfic authors. Many of these writers don’t just participate in the worlds they love—they transform them. Within Harry Potter fandom, the idea to cast Hermione as black was born. It was a fan theory that became so popular that it was semi-canonized with the casting of the 2016 Broadway production of Harry Potter and the Cursed Child.

Archive of Our Own is an archival site created by a fan activist group. With over 4 million fanworks, the site boasts over 3 million with tags for characters in non-heterosexual relationships, despite the largest fandoms being Marvel, Harry Potter, Sherlock, Supernatural, and Star Wars, which don’t include explicitly LGBTQ characters in their main casts of characters. This is just one example of how fanfiction represents marginalized people and experimental storytelling. And so far it’s far more likely to do this than traditional media.

To learn even more about fanfiction, I recommend Anne Jamison’s Fic: Why Fanfiction is Taking Over the World.

And you can dive straight into the realm of fanfiction with one of my favorite fanfictions below. 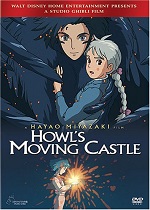 Studio Ghibli’s film adaptation is vastly different in tone, style, and story from Diana Wynne Jones’s original. Miyazaki takes her beloved characters and compelling world and transforms them into a story of his own design. This brilliant film is liable to send fans running for more—right to the equally lovely original young adult fiction novel. 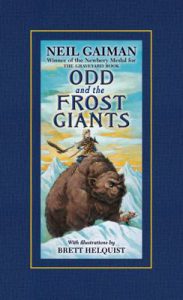 Odd and the Frost Giants, by Neil Gaiman

Neil Gaiman is well-known for his love of Norse Mythology and his adaptation of it to create American Gods. Odd and the Frost Giants is a middle-grade book that simultaneously introduces readers to the Norse pantheon and explores the adolescent realization of individual responsibility, in this story of an unlucky twelve-year-old faced with problems fit for the gods. 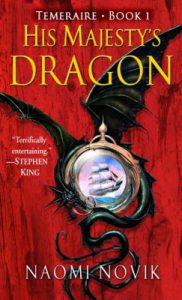 His Majesty’s Dragon, by Naomi Novik

This first novel in Naomi Novik’s Temeraire series was originally a Master and Commander fanfiction work. Who knew period war drama needed a dragon? Well, probably many, but Novik actually wrote it and got published. Novik is one of the founding members of the organization for transformative works, the very same group that created Archive of Our Own. 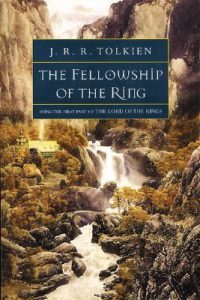 Yes, I would argue that The Lord of the Rings is fanfiction. Tolkien was heavily influenced by The Volsunga Saga, from Norse mythology, which includes both a quest for a magic ring and the reforging of a broken sword. Many of the character names in Tolkien’s novels are taken directly from Norse, Finnish, and English stories. The ents were created from Tolkien’s disappointment that the forest prophesied to walk in Shakespeare’s Macbeth never truly did.

I would love to hear how fanwork has affected your life, as a writer or reader. Share your favorite stories, sites, and writers in the comments.