Fools and tricksters who delight us 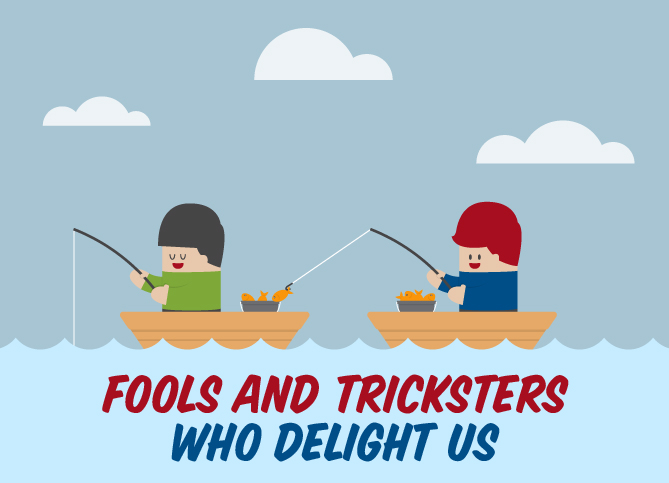 April Fools’ Day draws near and the scheming has surely begun. This scheming divides the world into tricksters and the fools who fall for their tricks every time. I always like to think the fool has more going on, that the trickster is blissfully unaware of such depth. That could just be my book-addled brain’s imaginings though. So watch out for cellophane-covered coffee cups, caramel-covered onions and gelatin-encased office supplies this April 1. For the rest of the year, you can live vicariously. Here are a few of my favorite tricksters and fools. 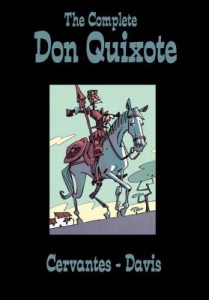 , adapted and illustrated by Rob Davis

The Knight-Errant (I may be stretching a bit to call him a fool) we all know is brought to life in this well-illustrated graphic novel adaptation of the classic Don Quixote. Davis maintains the spirit of the original while not overly concerned with replicating it. He translates all the meta-goodness of the original to graphic form and emphasizes how disconnected Alonso Quexana (or is it Quesada? Quixada? even Davis is unsure) is from society by maintaining his period dialogue while modernizing everyone else’s.

These are the missing years of Jesus as told by his childhood pal and screw-up, Biff. While he may appear the fool, Biff provides the viewpoint of “everyman,” keeping his childhood friend and soon-to-be savior grounded. Moore’s writing is reminiscent of Kurt Vonnegut or Douglas Adams. So you can expect plenty of irreverent humor and everything that comes with a gospel according to Biff.

The Lies of Locke Lamora 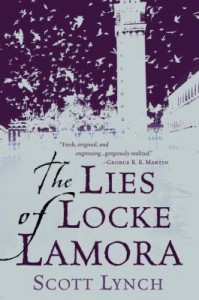 A gritty, well-realized fantasy world that those who are fans of Patrick Rothfuss or of the indubitable George R. R. Martin will enjoy. Locke Lamora is an orphan in the island city of Camorr (think Renaissance Venice with fantasy elements thrown in for good measure). Lamora is sold into a gang of con artists and thieves and finds he is quite gifted in deception. Even if you do not typically like fantasy, this novel has elements borrowed from other genres (intrigue, romantic tension, self-discovery), multifaceted characters and inspiration from Oliver Twist, so you are likely to find something to enjoy. But be warned, it is the first in a series. You may find yourself clamoring for the next one and the next…

Moist von Lipwig is our “hero” in this novel. If that name doesn’t pique your interest, I have no hope that you and this book will make a match. This novel is a follow up to Going Postal (and is the thirty-somethingth book in the Discworld series). Pratchett’s dry humor is on full display in Making Money when one of his favorite minor characters, Moist (the former con-man), is now running the Royal Mint. It’s a humorous fantasy novel about banking—probably words you never thought you’d see together describing one book. 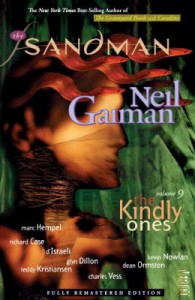 Sandman: Season of Mists and Sandman: The Kindly Ones  by Neil Gaiman

One of my personal favorite comic series follows Morpheus through folklore, mythology and, in Season of Mists, Hell. Unlike the other titles in this list, our trickster is not the main character. In these volumes, Morpheus runs into none other than Loki, the consummate trickster. This is definitely not the Loki of the PG-13 Marvel Universe but a vicious and manipulative character truer to Norse mythology. The Kindly Ones is nearer to the end of the series, so it might be a bit difficult starting point. Consider starting with Season of Mists and hopefully you’ll want to read the entire series.

William Shakespeare’s the Phantom of Menace  by Ian Doescher

Finally the least likely fool I’d recommend is Jar Jar Binks. Much maligned as the comic-relief misfire from the movie Star Wars Episode I: The Phantom Menace, Binks is reimagined brilliantly by Doescher. As with all of Doescher’s Shakespearian reinterpretations of Star Wars, he manages to make a perfect marriage of these two pop culture icons (just ask the penny knaves if you doubt that Shakespeare was pop culture). Binks as the fool shares asides with the audience, filling us in on his true motivations. This makes for an entertaining read in itself.