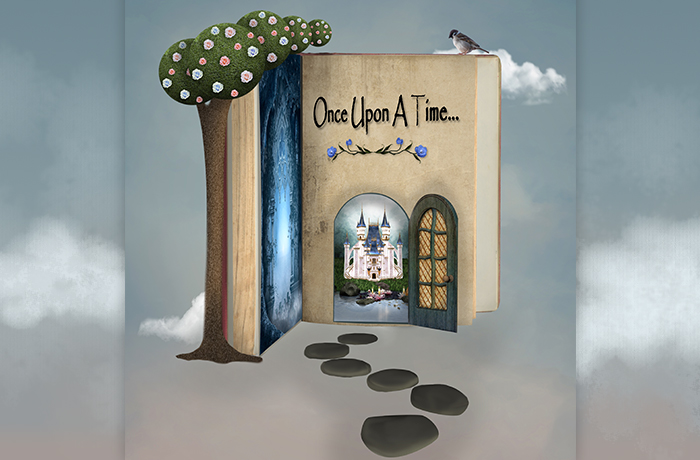 It’s that time of year again when thoughts turn to true love and finding happily-ever-after.

Most of the time, life is not a fairy tale. Unless, of course, you’re reading the original fairy tales, which are darker and more gruesome than the Disneyesque versions. Sometimes real life feels a bit too similar to those.

There are many delightful and wicked ways to fracture a fairy tale! Here are a few suggestions, for all age levels, if you’d like to give this micro-genre a read:

A Bean, a Stalk, and a Boy Named Jack by William Joyce

A humorous reimagining of Jack and the Bean Stalk.

Goldilocks and the Three Dinosaurs by Mo Willems

Goldilocks and the Three Bears, except the bears are now dinosaurs who want to eat her.

The Princess and the Pizza by Mary Jane and Herm Auch

The Princess and the Pea with a confident and creative princess, and a few other fairy tale princesses mixed in for good measure.

The True Story of the 3 Little Pigs by Jon Scieszka

The Three Little Pigs as told from the perspective of the “Big Bad Wolf.”

The Ugly Truckling by David Gordon

The Ugly Duckling retold with trucks.

A reimagining of Cinderella where she’s spunky and takes charge of her own life.

The Storybook of Legends by Shannon Hale

Fairy tale characters are all grown up, and now we get to hear the stories of their kids. First in the Ever After High series.

Two sisters discover they are the descendants of the Brothers Grimm and that they are next in a long line of fairy tale detectives. First in the Sisters Grimm series.

In this twisted version of The Frog Prince, when the princess kisses a frog, he doesn’t turn back into a prince, instead she turns into a frog! First in the Tales of the Frog Princess series.

Rump: The True Story of Rumpelstiltskin by Liesl Shurtliff

Rumpelstiltskin’s story changes a little when told from “Rump’s” point of view.

A Tale Dark and Grimm by Adam Gidwitz

Hansel and Gretel walk out of their own story and into other Grimm’s fairy tales. First in the Grimm series.

The Wishing Spell by Chris Colver

A retelling of Sleeping Beauty set in WWII Germany.

A sci-fi twist of Cinderella. First in the Lunar Chronicles series.

Golden: a Retelling of “Rapunzel” by Cameron Dokey

Rapunzel tells her own story, and it’s not the way we remember it. Part of the Once Upon a Time series.

The Goose Girl by Shannon Hale

Beddor usurps the characters and world of Alice’s Adventures in Wonderland and creates a completely different story. First in the Looking Glass Wars series.

Confessions of an Ugly Stepsister by Gregory Maguire

Set in the 17th century, Maguire expands the story of Cinderella in which the ugly stepsister is the protagonist.

Sleeping Beauty intertwined with Russian mythology and told by the prince.

Girls at the Kingfisher Club by Genevieve Valentine

The Twelve Dancing Princesses, a Grimm’s fairy tale, reimagined in the roaring 20s with a twist.

The True Story of Hansel and Gretel by Louise Murphy

During WWII, Hansel and Gretel are left by their parents in a forest, with the hope that they will find safety.

The Snow Child by Eowyn Ivey

The Snow Maiden, a character in Russian fairy tale, reimagined and set in the 1920s in the Alaskan wilderness.