From Bullies to Besties: Navigating the Social Landscape of School 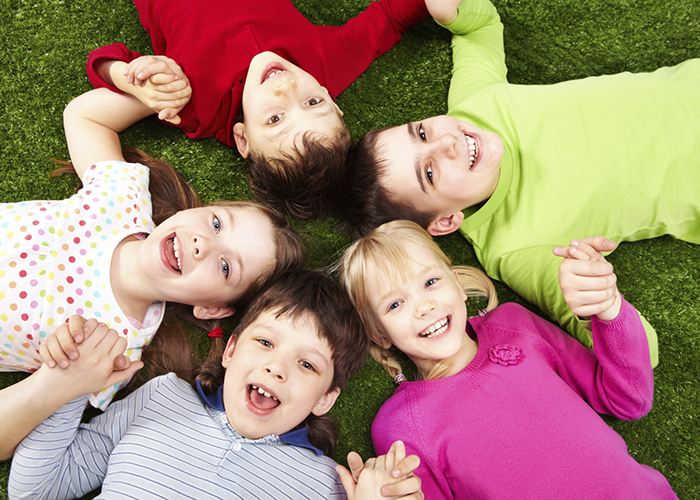 I was not popular. Pale, uncoordinated, sensitive and bookish, I was the kind of kid who hung around the margins, who waited for other kids to talk to me, and who tried not to care if I wasn’t invited to a party. I’m not exaggerating when I say that books saved me—through them I re-imagined myself awkward-but-lovable like Jo March, spirited and adventurous like Eilonwy in the Prydain books, or weepy-but-capable of rescuing a prince like Jill in The Silver Chair.

But not every book was helpful, and one of the most widely-read books at the time (about misfits and bullying, no less), was Judy Blume’s Blubber. Don’t get me wrong—I love me some Judy Blume—but that story still gives me chills. It’s like Tales of a Fourth Grade Nothing meets Lord of the Flies. If you’ve never read it, think of a kind of mean fifth grader and her even meaner friends who gleefully torment a weaker, chubbier classmate. I reread it recently and was stunned by its coldness and victim-blaming—even after being rejected by her former friends, the main character never really finds much empathy for poor Linda (a.k.a. “Blubber”) and in fact concludes she’s as much to blame for her treatment as her bullies. Not cool, Judy Blume, not cool. (But I still love you.)

I was lucky—I managed to make friends and get through school relatively unscathed. But if you follow headlines or have young loved ones yourself, you know school is clearly still hard—even more so with the advent of social media and other avenues for advanced harassment. Throw in kids on various spectrums, with learning disabilities, or any physical characteristics that set them apart, and you’ve got a recipe for potential social disaster. Luckily, we now know a lot more about the dynamics of bullying. And from my vantage point as the person who orders pretty much all the youth materials for the District, I’ve noticed children’s publishing has responded with titles that are warm, empowering, and understanding. From picture books, to teen nonfiction, here are some of my favorite recent books on how to be successfully social while still being yourself. 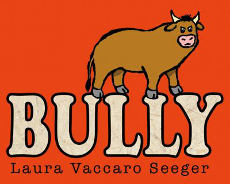 What I didn’t mention above is that I wasn’t always nice myself, and, in fact, could often be less-than-inclusive to my younger sister. Bully captures that tendency for bullied kids to bully others in a picture book about a small bull who is rebuffed by an older, cooler bull. The small bull then takes it out on every animal in the barnyard, calling them names (that are often related to what they are: i.e. “Chicken!” “Pig!”). Seeger shows him getting bigger and bigger until he’s finally called out on his behavior by a plucky goat. Bully is charming and deceptively simple—kids will be entertained but they’ll get it.

Lion vs. Rabbit by Alex Latimer 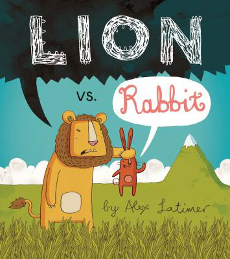 All the animals agree: Lion is kind of a jerk. If he isn’t giving Buffalo a wedgie, he’s taping notes on Zebra’s back. Someone needs to stop him, but who? When a diminutive rabbit answers the animals’ newspaper ad, nobody thinks he’s up to the job but what he lacks in size he makes up for in intelligence. This book is great because all of Lion’s antics are familiar playground pranks, and because Rabbit is so resourceful (and well-connected). 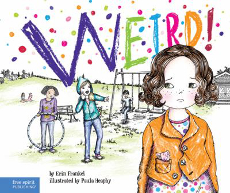 I don’t normally like books for sensitive situations with a “Note for Parents” or an educator’s foreword because they can sometimes make the child wonder if there’s something wrong with them. But I’ll make an exception for Tough, Weird, and Dare by Erin Frankel. While each book works on its own, they’re best when read together because they each show one side of the bullying dynamic: bully, victim, and bystander. The characters are relatable and the book design is especially appealing to girls (who often experience bullying in much subtler—but more emotionally traumatic—forms). Best of all, they leave the reader with both a sense of reassurance, and some useful tools with which to handle their own situations. 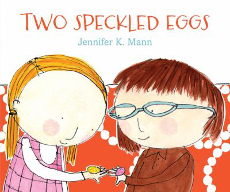 It’s Ginger’s birthday party but she has to invite everyone, including Lyla Browning. Lyla isn’t like Ginger’s friends at all—she smells like leaves, has weird clothes, and is too quiet. But when the other girls ruin the party with their rude behavior, Ginger sees another side to Lyla and realizes that kindness, individuality, and a love for nature can be fun.

Courage for Beginners by Karen Harrington 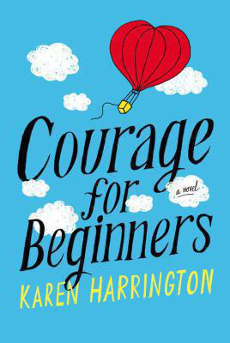 Mysti Murphy is having a rough year. Her dad fell out of a tree and has been in the hospital for five months. Her mom is agoraphobic. Mysti is suddenly feeling responsible for the entire household AND there’s not even any respite at school. Her best friend has abandoned her in his pursuit of hipsterdom, and she’s suddenly relegated to the corner of the cafeteria that everyone calls “Loser Island.” This middle grade novel resonates with that feeling of having to start over socially, and Mysti’s capacity for imagination and friendship make her a likeable, engaging heroine.

Jake and Lily by Jerry Spinelli 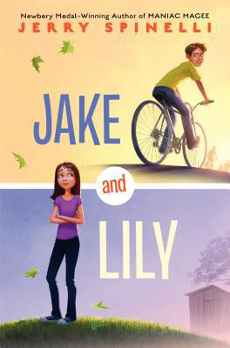 Jake and Lily are not only twins, they’re best friends. They’ve always shared a room, a birthday, and a special connection they call “goombla.” But now that they’re sixth graders, things are changing—each will have their own bedroom, and Jake is spending a lot of time with Bump Stubbins (who Lily can’t stand). In alternating points of view, Jake and Lily each tell the story of how they grew apart (and learned to become friends again). Spinelli does a great job writing about issues of individuality and non-conformity—if you like Jake and Lily, try Stargirl or Loser.

Yaqui Delgado Wants to Kick Your Ass by Meg Medina 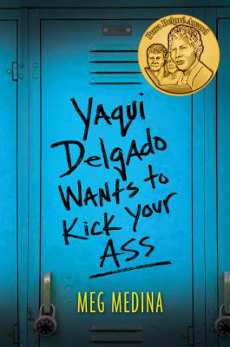 This was me, in junior high, except it was Michelle Wood who wanted to beat me up. She told me to meet her out by the portable classrooms after school and instead I snuck out the cafeteria and walked home a different way. Luckily that was all there was to it—there was no way I was going to tangle with Michelle. Unfortunately for Piddy Sanchez in Yaqui Delgado Wants to Kick Your Ass, her bully doesn’t give up as easily as mine did. Piddy is everything Yaqui isn’t—smart, curvaceous, and a good student—which earns her a beatdown from Yaqui’s clique of Latinas. As Piddy find herself trapped in an increasingly desperate situation, she finds strength in both herself and her supportive family.

If I Ever Get Out of Here by Eric Gansworth 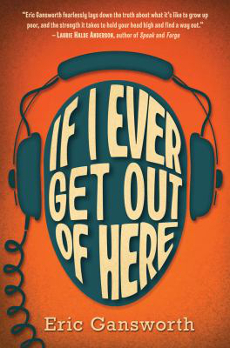 It’s 1975, and Lewis lives on the Tuscarora reservation in upstate New York with his impoverished mother. Even though he tested well enough to attend public junior high off the reservation a few years ago, he’s never felt like anything but an outsider. Enter George Haddonfield, an Air Force brat who’s lived in Germany and is Lewis’s opposite in every way. Nevertheless the two become friends, bonding over the Beatles and Wings. But when Lewis attracts the ire of the rez bully he finds himself questioning both his past and his future in this Native American Library Association Award-winning novel for young adults.

In addition to these great picture books and novels consider nonfiction, such as Gabe & Izzy: Standing Up for America’s Bullied, Beyond Texting: the Fine Art of Face-to-Face Communication for Teenagers, The Asperkid’s Secret Book of Social Rules, and Popular: A Memoir: Vintage Wisdom for a Modern Geek. And if you have some favorite titles or would like some personalized recommendations, let me know in the comments or talk to staff at your favorite SCLD library.