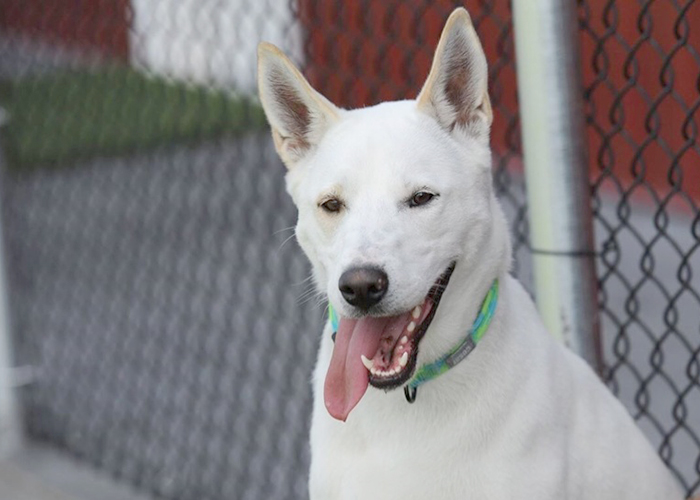 It was a snowy day just before Christmas; on the slick drive home from the Spokane Humane Society, I passed an overturned Ford Bronco and my knuckles whitened as I gripped the steering wheel. It was so appropriate that I wanted to name the little pale pup in the cardboard box next to me Winter, but I had received news earlier in the day that a friend with the last name of Winters had unexpectedly passed away, so we were brainstorming for a name for our newest family member.

I have always loved dogs. As a toddler, I had climbed my dad’s ham radio tower to the roof of our house, just to see the neighbor dogs on the other side of the 6-foot fence. My mother was horrified when she discovered me up there, of course, and calmly talked me down. Not long after, my parents reluctantly agreed to keep a pup my brother brought home, the first of three dogs we had growing up. 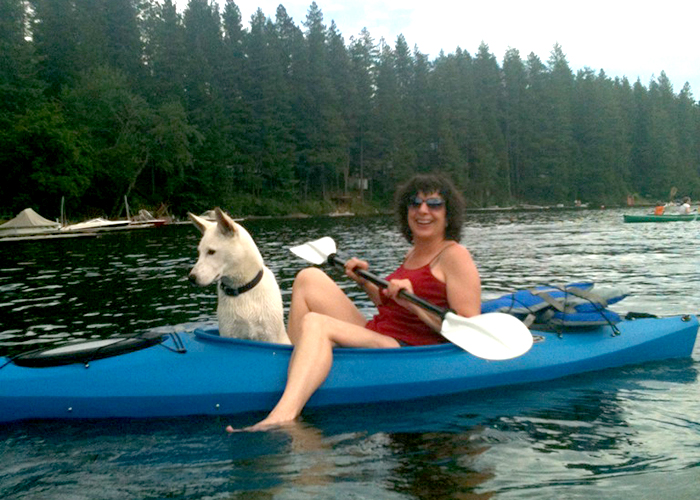 When my own son was young, we adopted a Shepherd-mix that was not only my son’s first dog, but also my husband’s. He was a loyal and loving family dog. We even rented an RV for a vacation trip one year, just to take him with us—one of our best family vacations ever. When it was time to say goodbye, he left a terrible emptiness in the house and our hearts. So here I was, three long pet-less years behind me, it had been a long time since there was a puppy in the house. 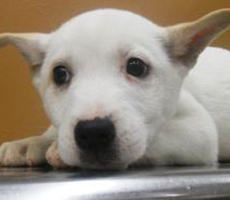 Anyone who has watched The Dog Whisperer knows that Cesar Millan preaches the human as pack leader. According to Cesar, a strong, calm pack leader is all that you need to have a healthy, well-adjusted dog. He makes it look so easy! In Cesar’s Rules: Your Way to Train a Well-Behaved Dog, Millan explores several different training methods, and admits that his own methods draw a lot of criticism. His experience with dogs and working with their natural instincts seems intuitive. So: pack leader, check. Instincts, check.

The paperwork from the Humane Society listed our new puppy as a Husky/Shiba Inu mix. A Nordic breed crossed with a Japanese breed—all white with just a touch of ginger about the ears and right eye. In the right light, she looked as if she had taken a punch in a brawl. Other than that, she was a glistening white, not cream, not spotted, but as white as the snow falling the day she came home. Hmm. Snow. Japanese breed. A Japanese name for snow—Yuki. We had our name. 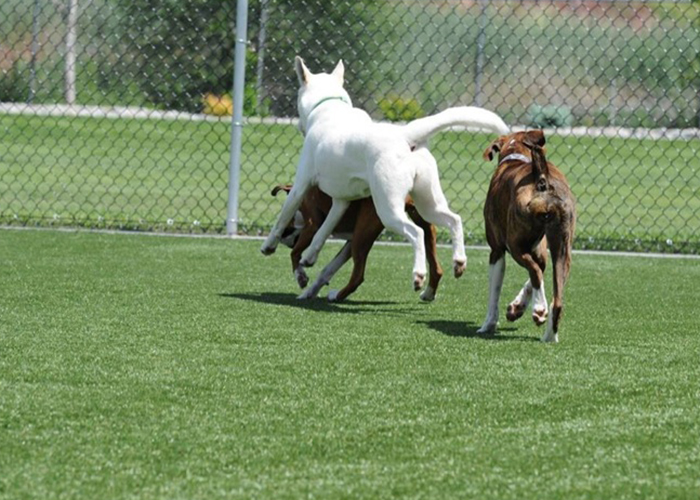 Browsing the dog section at the library, I discovered How To Be Your Dog’s Best Friend, a thick book by The Monks of New Skete who specialize in German Shepherds at their New York monastery. Their unique lifestyle shared with their dogs is fascinating and no nonsense. It’s one of their beliefs that any training issue a dog has is the owner’s fault. Yuki and I enrolled in puppy Kindergarten.

Kindergarten didn’t go well. The pace of the class was slow and it was obvious that Yuki was more intent on being mischievous than sitting still during the trainer’s instructions. She is a high energy, easily bored dog, and the effect was kind of like doggy ADHD. At least I was burning calories on minimum hour-long daily walks! We tried a doggy daycare to give her a chance to play with other dogs during the day, but she picked up some bad habits. 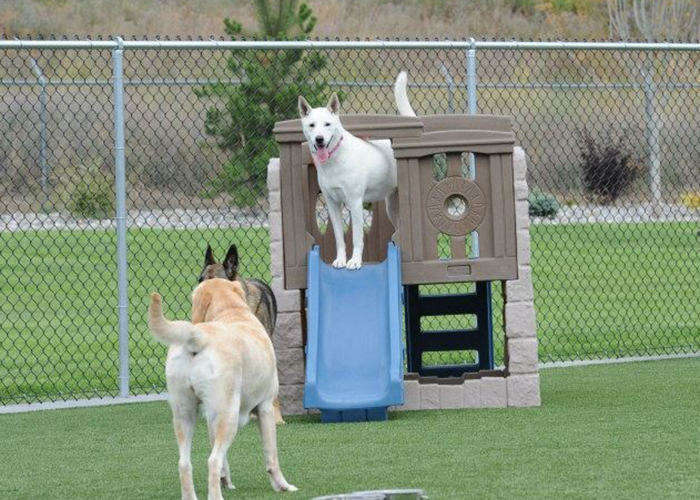 Queen of the Castle (photo courtesy of K9 Country Club)

The Genius of Dogs, by Brian Hare and Vanessa Woods, is a non-fiction account of how dogs are smarter than we think. During a study of human communicative intentions, Hare discovered that his dog, Oreo, understood human intention better than the chimpanzees he was testing. This led Hare on a global study of understanding dog genius. Hare is the director of the Duke Canine Cognition Center and, according to the jacket copy on the book, “has proven dogs have a kind of genius for getting along with people that is unique in the animal kingdom.” The Genius of Dogs is a fascinating read, highly recommended for any dog owner. 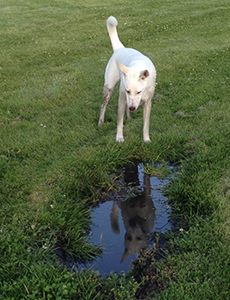 This isn’t going to end well

After reading Genius, I have a greater understanding of how I communicate with Yuki, and vice versa. We’ve found a new trainer who matches her energy level and she spends a couple days a week in a daycare with a healthy pack. She’s just as mischievous as ever (what is it about mud puddles that attracts white dogs?), but it’s also that quality that looks me straight in the eye after a long, busy day and says: let’s play. What more could a dog lover ask for?

*No disrespect intended towards cats. During my more nomadic years between high school and settling down, I had the privilege of sharing living quarters with three beautiful felines that also won my heart, but that’s a story for another day.