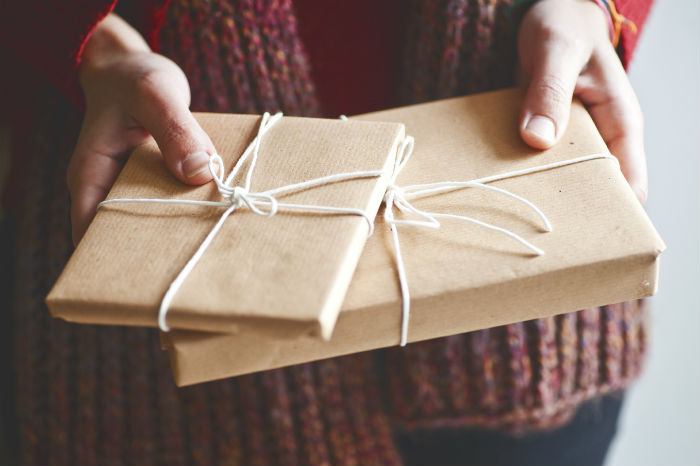 The winter gift-giving season is almost upon us, so I thought I’d share some recent releases that would be perfect for giving to the young people in your life! From picture books to nonfiction to middle grade chapter books, there’s something here, I hope, for everyone. And if not, leave a comment and I’ll see if I can recommend something just for you! 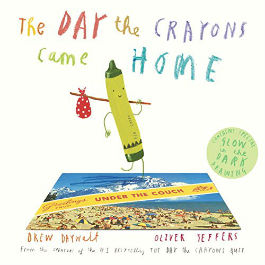 The Day the Crayons Came Home

In this companion volume to The Day the Crayons Quit, Duncan receives a stack of postcards from his many neglected, lost, and/or forgotten crayons. Turquoise got melted and stuck to a sock in the dryer, Maroon is lost underneath the couch cushions, and Big Chunky Toddler Crayon has had quite enough of Duncan’s baby brother. Daywalt and Jeffers imbue this new bunch of crayons with lots of personality and, as in the first book, there are all sorts of fascinating details—from a talking paper-clip and a series of postcards to the Glow in the Dark crayons that offer a special surprise when the lights are turned out.

“A zero. A one. Alone is no fun.” As the story opens, Stick and Stone are not only lonely but suffering from self-esteem issues. But when Stick overhears Pinecone making fun of Stone at the playground, he breaks through his shyness and comes to the rescue. Hurrah! Now Stick and Stone are inseparable and nothing, not even tall grass and hurricanes, can keep them apart. Ferry’s simple text has a lovely cadence perfect for reading aloud while Lichtenheld (Goodnight, Goodnight, Construction Site) manages to evoke both alarm and delight with just black dot eyes and little crescent mouths. You’ll love this heartwarming story about friendship and embracing our differences.

The Princess and the Pony

Fed up with what she usually she gets for presents (sweaters), a feisty and diminutive princess asks the King and Queen for a war-horse. What she receives is a chunky little pony with a dimwitted expression and chronic flatulence. In spite of her dismay, the princess throws her considerable energy into training the pony—who has thick ankles and eyes that sometimes go in different directions—to be a proper war-horse. But in a showdown with Otto the Awful, will the pony have what it takes to save the day? In her first picture book for kids, Beaton, who writes the webcomic Hark! A Vagrant, gives readers lots to chew on—from the alliterative text with fun new vocabulary words (flummoxed!) and the message about there being different kinds of power to all the fun details to be discovered in the illustrations (like the warrior Genghis Khan sneaking a hot dog). 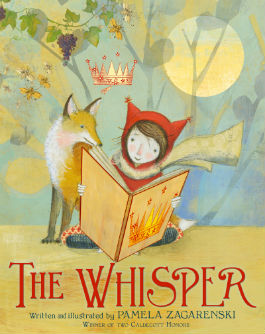 A little girl borrows a magic book from her teacher, only to find that when she gets home all the words in it are gone. Disappointed, she turns the pages and hears the whisper, “You can imagine the words…the stories…there are never any rules…imagining just is…” She returns to the beautiful illustrations, asking herself questions about what it all means: teacups and lions, rabbits and crowns, wheels and stars. Stories start to develop and by the time she meets the beautiful fox on her way to school, she barely needs all the words he caught in his net earlier in the story. A gorgeous fable about storytelling and making meaning, The Whisper is one of those picture books that would make a great gift for adults as well as children.

The Atlas of Adventures

This “collection of natural wonders, exciting experiences, and fun festivities from the four corners of the globe” is just the kind of large-format, intricately illustrated nonfiction book perfect for winter gift-giving. I say this because really, what I’d like to do right now is camp out on the floor of my office with a cup of tea and look at The Atlas of Adventures all afternoon. Divided by continent, the book consists of roughly 40 “adventures”—from going to sleep under the Northern Lights to doing the haka during Waitangi in New Zealand. The illustrations throughout depict the flora, fauna, people, and sights of each locale, while the text delivers little factoids about each activity or destination. Fascinating to look at, The Atlas of Adventures is a little like what would happen if Richard Scarry teamed up with Rick Steves to do a travel picture book, and then delivered it to Wes Anderson for layout and design.

LEGO: I Love That Minifigure 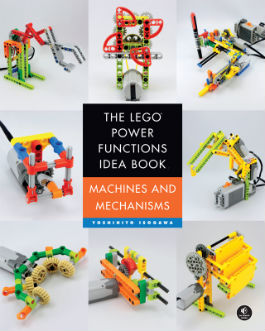 For older kids and the technically-minded, look no further than The LEGO Power Functions Idea Book Vol. 1: Machines and Mechanisms and The LEGO Power Functions Idea Book Vol. 2: Cars and Contraptions. In photographs and drawings, each volume shows you how to make various devices using LEGO Technic gears, motors, and other moving gadgets. The first section shows you how to achieve different kinds of movement and which pieces to use, while the rest of the book illustrates specific gizmos you can make. Projects include sliding doors, grasping claws, ball-shooters, steerable tanks, robotic inchworms, and even walking ‘bots.

Harry Potter and the Sorcerer’s Stone: The Illustrated Edition

This gorgeous new edition of J.K. Rowling’s Harry Potter and the Sorcerer’s Stone boasts a slightly larger format and more than 100 full-color illustrations. Jim Kay, winner of the Kate Greenaway Award, uses interesting perspectives and an often impressionist approach to tell the beloved story about a boy who lives under the stairs until his life is forever changed by an owl bearing a mysterious letter. Great for kids discovering Harry for the first time or entire families of longtime fans.

The Vanishing Island: Chronicles of the Black Tulip, Vol. 1

Bren longs to take part in the Age of Discovery sweeping over Europe, but his tiny town of Map on the coast of Britannia seems far, far away from anything interesting. Fascinated by the incredibly detailed maps his father draws for the cruel cartography tyrant Rand McNally (ha!), Bren is convinced he’d find adventure if he could just get past the city walls. Through a series of events that include an unfortunate stint working in the town vomitorium, a dying sailor, and the gift of a magic talisman, Bren finds himself aboard the flagship of the Dutch Bicycle and Tulip Company and headed on a collision course with adventure. This mix of fantasy, reimagined history, and high seas derring-do will appeal to a wide swath of readers, while the frequent cliffhangers will keep them turning the pages and anticipating the forthcoming sequel! 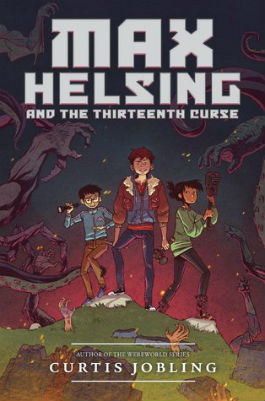 Max Helsing and the Thirteenth Curse

Max comes from a pretty famous family (the Van Helsings) with a pretty famous legacy (killing monsters). You could even say that monster extermination is in his blood. But Max likes to be fair, and he figures it’s easier to befriend the non-dangerous monsters than to actually kill them. That’s fine until a wizard’s curse turns even the friendliest monsters (including his adorable hellhound puppy) into wild-eyed, killing machines. Max and his friends, Wing and Syd, set out to reverse the curse by any means necessary, but are put through their paces by a seemingly endless horde of malcontent pixies, goblins, ghouls, vampires, ogres, trolls, and more. Lots of gruesome fun replete with witty quips and plot twists aplenty.

Twelve-year-old Ren runs away when her father moves out shortly before being deployed to Afghanistan and her mother starts spending more time with her creepy new friend, Rick. Ren makes her way to Fortune, an almost-ghost-town on the banks of the Mississippi River. She finds an old school that’s been turned into a boarding house, presided over by the eccentric but kind Ms. Baxter, who is convinced that a treasure of pearls is hidden somewhere in Fortune, which was once “the pearl button capital of the world.” As Ren helps Ms. Baxter search for the buttons, she plots a scheme to maybe mend her falling-apart family too. Rich in historical detail (the Mississippi was once skirted by dozens of “pearl button towns”), this heartwarming, engrossing story has hints of Because of Winn-Dixie and The Westing Game.

Serafina and the Black Cloak

Fans of mystery, fantasy, and strong female protagonists will enjoy Serafina and the Black Cloak. It’s 1899 and Serafina lives with her father in the basement of the opulent Biltmore Estate. For reasons that aren’t immediately clear, Serafina and her father must remain hidden in the furnace rooms and ducts of the vast manor. Serafina, with her catlike reflexes and superior hearing, is too busy performing the duties of the Chief Rat Catcher to care much about making new friends. But when the children of the estate start disappearing, and Serafina catches fleeting glimpses of the black-cloaked villain, she knows she can’t stay hidden forever. Spooky, atmospheric, and full of clues, Serafina and the Black Cloak is one of those books you race to finish but then wish you could go back and savor all over again.