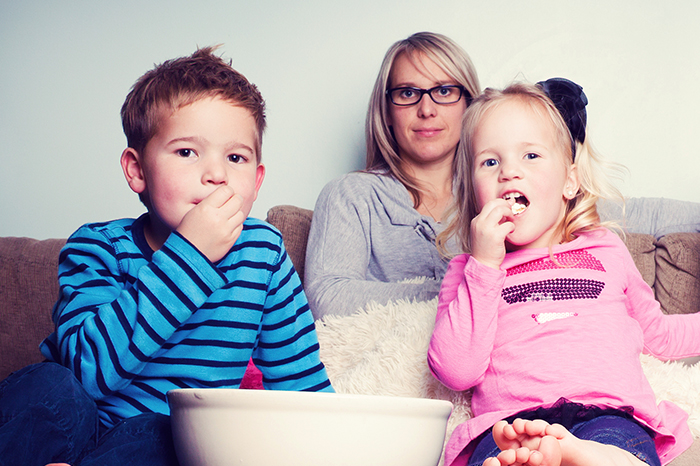 Welcome to the tail end of winter—one of the worst times of the year for parents living in cold climates. If your family is anything like mine, you’re all starting to feel a little bit stir crazy. Visiting the library to pick out new-to-you books and DVDs can be a great way to introduce some new entertainment into your lives, but sometimes it just doesn’t work out. Your day gets too busy, you have a sick kiddo that can’t be out and about, or you become truly desperate during a time when your library isn’t open. Take heart! Our online content is available 24/7. One of my favorite online library resources for kids is hoopla. hoopla allows you to borrow and stream movies, music, and more instantly. Not only that, you don’t have to worry about returning anything since items are automatically checked in when your time is up. hoopla has content for all ages, so I took a little time to investigate what is available for kids, and came up with a few suggestions. 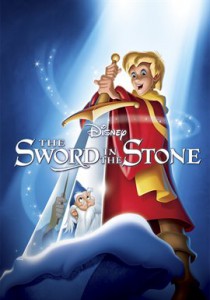 There are many knock-offs and lesser known movies to choose from, but mixed in you’ll find a few feature films worth a watch.

Sword in the Stone—Disney’s adaptation of the King Arthur story is full of magic, mayhem, and humor. Your kids will find themselves rooting for the awkward but lovable Wart.

Oliver & Company—Billy Joel’s music and voice work will have you tapping your feet and singing along as a young kitten named Oliver tries to find his forever home.

DuckTales the Movie: Treasure of the Lost Lamp—If you grew up watching DuckTales on TV, this movie is bound to inspire a little nostalgia. Even if you didn’t, this one’s a fun adventure that’s not too scary. Scrooge McDuck and his nephews find a lost treasure and also find a genie’s magic lamp.

A Goofy Movie–Goofy and his son Max set out on a hilarious, and sometimes perilous, road trip. 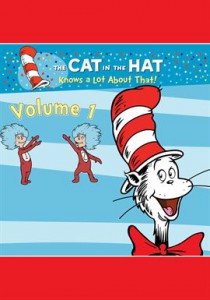 Most of the familiar TV offerings for kids come from PBS. Some shows include Cat in the Hat, Dinosaur Train, Super Why, Sid the Science Kid, and even Bill Nye the Science Guy episodes. However, there are a few non-PBS shows worth checking out for the youngest TV viewers.

Mike the Knight—This Nickelodeon cartoon will appeal to adventure-loving preschoolers. Throw in some magic and humorous mishaps and there are sure to be giggles.

Octonauts—This Disney show takes place in the ocean and combines action and adventure with fun facts, so your kid will be entertained and learn something too.

Pajanimals—This is a gentle and charming, bedtime-themed show courtesy of The Jim Henson Company. A good way to inspire sweet dreams.

My first Hoopla experience was when I checked to see if the Frozen soundtrack was in the collection. I found it, streamed it, and became an instant super mom!

Disney—There are plenty of Disney options in the Hoopla collection including the soundtracks from most of their feature films. Other Disney options include, Now That’s What I Call Disney! and music from several Disney Jr. Television shows including Sofia the First, Doc McStuffins, and Jake and the Neverland Pirates.

Veggie Tales—While there are many Veggie Tales compilations available, most kids will get the biggest kick out of, And Now It’s Time For Silly Songs With Larry. A warning for adults, you might have the “Hairbrush Song” and “His Cheeseburger” stuck in your head for days.

Raffi—He’s been entertaining children with his music for decades. Introduce this beloved children’s musician to your kids with a variety of albums available through Hoopla. Baby Beluga should be known by another generation!

Lullabies—There are a ton of lullaby albums, so you’re bound to find one you like. A new trend is to take popular adult music and turn it into instrumental lullabies. If you want to look for your favorite, check out albums from Lullaby Players, Twinkle Twinkle Little Rock Star, or Sleeyptime Worship (for Christian musician options). I checked out Lullaby Players Cover the Songs of Taylor Swift and “Shake it Off” was a whole new experience! I haven’t listened to any others yet, but I’m intrigued by the idea of The Rolling Stones and The Grateful Dead turned into lullabies.

Anna and the Cupcakes—My kids and I both enjoy this album by the Bari Koral Band. Finding music the kids enjoy that I don’t mind listening to is no easy task! 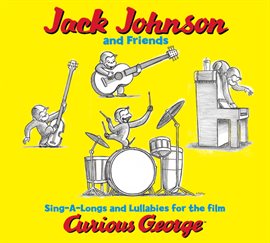 Sing-A-Longs and Lullabies for the Film Curious George—This has long been one of my favorite albums to share with my kids. It’s hard to go wrong with Jack Johnson!