Exploring the lives of imaginary friends: 5 books for kids & grown-ups 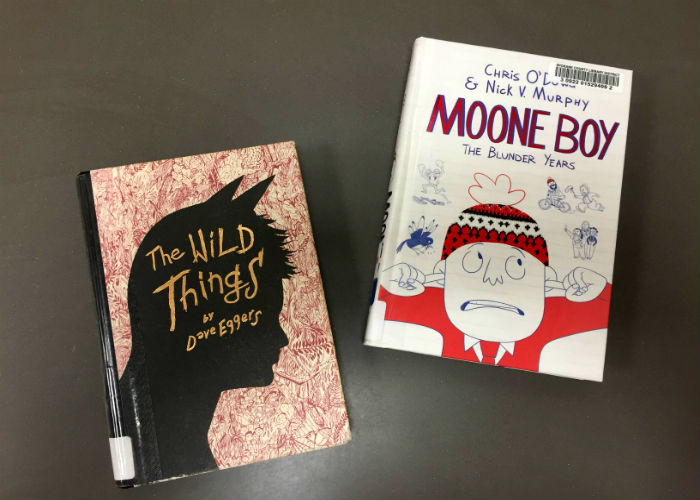 Bing Bong, Jacques Papier, Beekle, and Sean Murphy—what could those names possibly have in common? Are they even real? Well, believe it or not, the aforementioned names all belong to imaginary friends you’ll find in current books, TV shows, and movies.

Studies report that over a third (37%) of children create an imaginary friend. Imaginary or invisible friends can take the form of a human, animal, or fantasy creature. Some assume that if a child has an imaginary friend they must be incapable of making real friends or socially inept. However, research does not support this assumption. Children with imaginary friends are often more outgoing, empathetic, and emotionally expressive.

I never had an imaginary friend growing up. In fact, even my playtime was rooted in real-life, historical events. I regularly donned a burgundy sun bonnet (purchased during a trip to the Oregon Trail Museum), loaded up my Radio Flyer wagon with supplies, and pretended to be a pioneer crossing the plains (my backyard). When it came to books, I devoured historical fiction about living during the Civil War and the Holocaust. I had no interest in anything resembling fantasy. It hasn’t been until my adult years that I’ve learned to value a broader sense of fantasy and make-believe.

After spending hours binge watching the British TV series of the same name, I was thrilled to find Moone Boy: The Blunder Years at the library. Follow the hilarious adventures and ridiculous antics of a young lad growing up in Boyle, Ireland during the 1990s. The only boy in a family with three older sisters, eleven-year-old Martin Moone relies heavily on his imaginary friend and most trusted pal, Sean Murphy (played by creator and funnyman Chris O’Dowd in the TV series). The book has the same dose of wit, humor, and ridiculousness that made me a devoted fan of the TV show. As an added bonus, you’ll also find the same hilarious comic drawings that accompany each TV episode scattered throughout the book’s pages.

The Adventures of Beekle: The Unimaginary Friend

Sometimes the best friends lie just beyond our imagination—a statement that certainly rings true for this book’s namesake. Winner of the 2015 Caldecott Medal, this delightful picture book tells the story of Beekle, an imaginary friend born on a magical island far away. He patiently waits to be imagined by a real child and take his rightful place in the world. But after countless disappoints, he sets out on an adventure to find his true match in the big city. After just one read, I know this picture book is definitely one I’ll be adding to my personal collection. 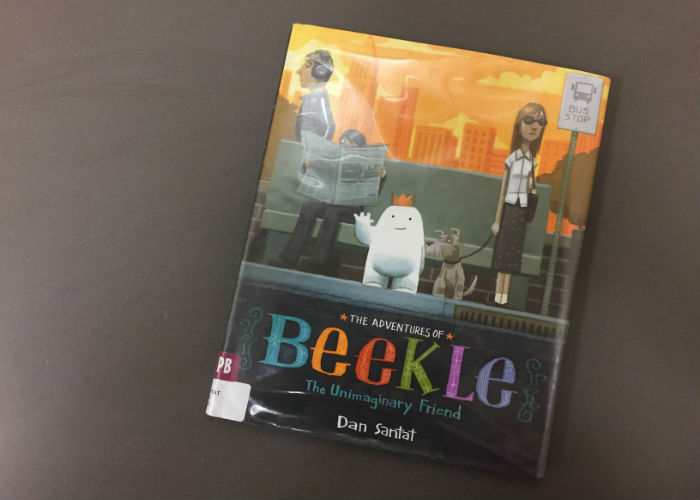 Confessions of an Imaginary Friend: A Memoir

Jacques can’t understand why no one picks him for the soccer team or why he doesn’t always have a place to sit at the dinner table. Doesn’t anyone besides his sister, Fleur, see him? This unique children’s book is the memoir of Jacques Papier, an imaginary friend who doesn’t know he’s imaginary. Once Jacques discovers the truth, he convinces Fleur to “set him free” and sets out on a quest to discover his true self. Both heartwarming and whimsical, kids and adults alike will enjoy this cleverly crafted tale.

Let the wild rumpus start! This adult re-telling of the children’s classic, Where the Wild Things Are, follows the infamous Max as he navigates his journey through boyhood. Adapted from Spike Jonze’s film version, Eggers recreates the visionary world where the curious beasts, otherwise known as “wild things”, spend their days. I’m only a chapter into this book but am curious to see how Eggers’ adaptation compares to both the original children’s book and the 2009 film.

Memoirs of an Imaginary Friend

In a vein similar to Confessions of an Imaginary Friend, this piece of adult fiction tells the story of Budo, the imaginary friend of eight-year-old Max Delaney. Some people say Max has Asperger’s, but most just say he’s “on the spectrum.” Budo loves Max unconditionally and takes his job to protect him from bullies and awkward situations very seriously. But he can’t protect Max from everything, including Mrs. Patterson, a teacher in the Learning Center at school who takes Max’s care into her own hands.