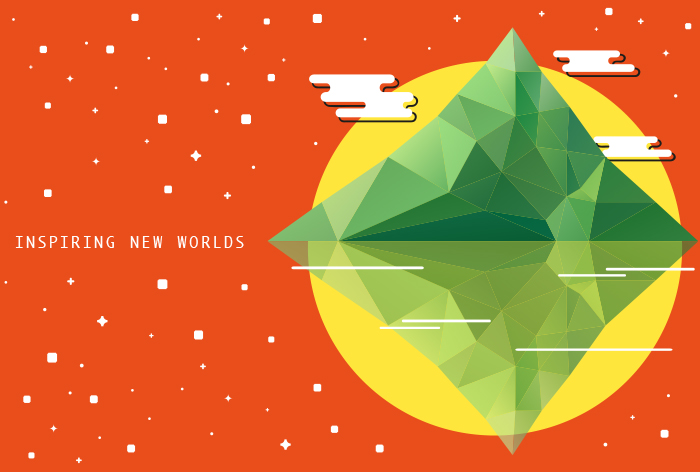 Have you noticed the geek in your life is excited, but you’re not sure why? Maybe it’s Terry Pratchett’s upcoming posthumous novel The Long Cosmos? Or maybe it’s the next movie from Duncan Jones (something with orcs, I think)?

If it’s neither of these, then maybe it is E3 2016: Inspiring New Worlds, an annual video game industry trade show starting June 14. As the ultimate hype machine for all of the upcoming video games, it is the stuff of geek dreams. Maybe you’ve heard something about Mass Effect: Andromeda or The Legend of Zelda finally coming to a gaming system that isn’t a decade old. Whether you know exactly what I’m talking about or if none of this sounds familiar, the library has plenty of books to guide you through, inspire you, and help reveal the allure of video games. 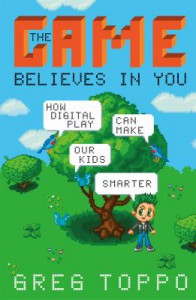 The Game Believes in You: How Digital Play Can Make Our Kids Smarter by Greg Toppo

Video games are not so different from other sorts of play in the way they help engage our minds in creative problem solving. At least that is what many people who have crossed the worlds of gaming and education have found in this book. Toppo presents several of these cases, showing that when the structure of a video game lets you progress at your own speed and encourages tackling a problem and failing multiple times until you succeed, it promotes positive learning styles. 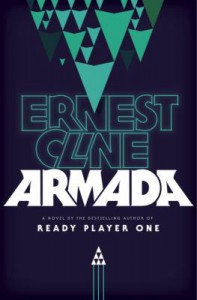 It’s Space Invaders come to life! Zack Lightman is a sci-fi, video game geek. Obviously he is supremely prepared when real aliens invade the planet, though it feels strangely familiar. Riffing off sci-fi cult classics, this novel doesn’t quite measure up to Cline’s debut Ready Player One. However, it is still a fun geek-culture fueled adventure. 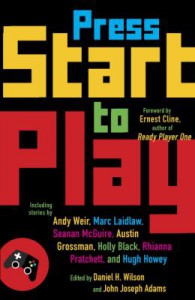 A solid collection of video game-inspired short stories by numerous authors, some established and well known, others not so much. Aside from a being a good way to sample multiple authors, this collection also showcases the varying genres that find expression in the medium of video games. While a little heavy on science fiction, it also has stories inspired by fantasy, horror, and shooter-survival genres. 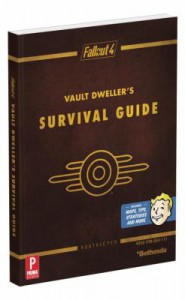 If you want to dig a little deeper and master every obscurity of your favorite digital world, the library has a small collection of game guides. Fallout is one of my favorite video game series and with all the new features like the labyrinthine leveling system, building your own hideout, and official mods in installment 4, this guide is worth your time. 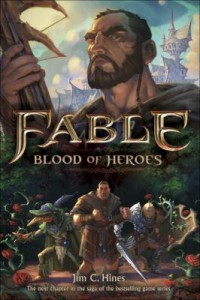 There are many tie-in novels for video games, such as Mass Effect, Diablo, or Legend of Zelda.  I’m a sucker for role playing games (maybe you’ve noticed that theme), including the love-it-or-hate-it (and now defunct) Fable series. This is a companion novel to the newest, and now canceled game, Fable: Legends. Regardless, this fantasy novel stands on its own.

We have tons (maybe literally by weight) of Minecraft books. We have unofficial Minecraft hack books, stories set in the world of Minecraft, and well-worn official handbooks. All four handbooks were revised and updated within the last year with updated stats and additional content. Even if those handbooks are old news, you may want to check them out. As part of our summer programing, we will be hosting Minecraft Realm Build events. The first of which is at Argonne Library, June 22 at 3pm. Registration is required, so sign up soon!