Take Me Out to the Ballgame: Kid-Friendly Fun with the Spokane Indians 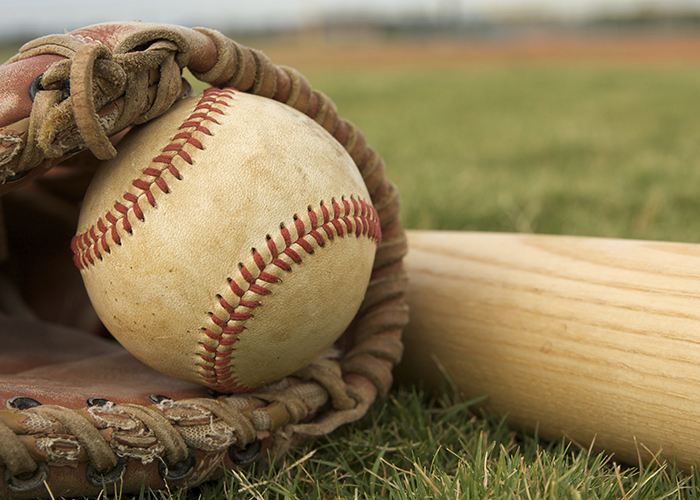 When my oldest daughter was still in diapers, my husband and I decided to brave our first baseball game with a kid in tow. We packed our diaper bag to overflowing, slathered on the sunscreen, and, with a little trepidation, headed to a Spokane Indians baseball game with some friends. We weren’t sure how long our daughter would make it but, much to our surprise, we discovered we had a baseball fan on our hands. Of course, she didn’t know what was going on, but she was fascinated by the players running the bases, the fans, and most of all, she loved watching the mascots, Otto and Doris (as long as they didn’t get too close). 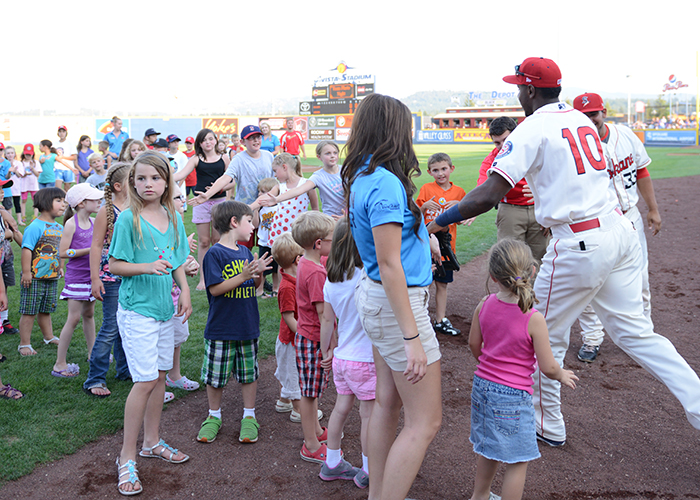 Photo courtesy of the Spokane Indians

As our daughter got older, she loved going to games more and more. She liked dancing to the music, thought baseball game food was pretty tasty, and eventually, decided she was ready to meet Otto and Doris up close. During one of our many trips to give high-fives to the mascots, an Indian’s staff member mentioned that Doris and Otto would be available for autographs in the Kid’s Club area later in the game. We had seen kid’s activities off to the side of right field, but we’d always stayed away assuming they cost money. Much to our surprise, we discovered that the play area is completely free; not only that, having our daughter officially join the Kid’s Club came with some fun perks. Each summer we make sure both of our daughters join the club. Although you won’t find information about the Kid’s Club on the Indians’ website, I’ve confirmed with the Indians that it will indeed be running again this summer.

Here’s a list of fun reasons to join the Kid’s Club:

Now that we know about the Kid’s Club play area, we usually try to make it as far into the game as possible before we head there, because once we go, the kids never want to leave! For the littlest fans, there is sidewalk chalk with plenty of room to draw and sometimes a staff member blowing bubbles. For the bigger kids, there are two large Otto and Doris inflatables—one is a slide and the other is a bounce house. If your kids are sporty, they can try out the batting cage manned by Indians’ staff members. The whole Kid’s Club area operates very well thanks to the competent, kid-friendly staff, and it’s obvious they are trained in interacting with kids. Later in the game, Otto and Doris visit the Kid’s Club to hand out their personal baseball cards and autograph them for the kids. 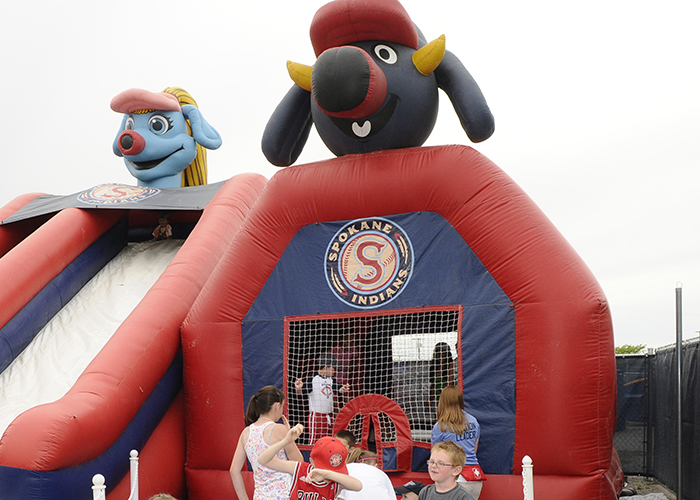 Photo courtesy of the Spokane Indians

Fun Events for Kids at the Ballpark

There are many other fun events for kids at the ballpark. Each year there are several “Circle the Bases” events. After the game, kids get to go down on the field and run the bases while the mascots cheer and high-five them on their way around.

After other games, kids are invited to go down to the field to play catch. While these events may seem like no big deal to adults, my daughter was thrilled at the chance to be down on the “real” field. The Indians also have promotional events going on all summer long that will delight fans of all ages. Some of our favorites are Yoke’s $1 Family Feast Nights ($1 hot dogs, ice cream sandwiches, and sodas), Fireworks Nights, and Free Hat Night.

The Indians’ staff go above and beyond to make games fun and family-friendly. One personal example was when we went to a game to celebrate my daughter’s birthday. A section leader found out it was her birthday and invited her to be one of the select kids that got to go on the field during the seventh inning stretch to sing “Take Me Out to the Ballgame.” He came back a little later to give her a special Indians birthday baseball. She was in baseball fan heaven!

In all honesty, I used to be kind of lukewarm on baseball as a sport but the Indians have converted me. What started as an experiment with a diaper-clad baby has turned into a favorite summer activity for me and my family. If you haven’t been to a game, make this the summer you take a family trip to the ballpark. You just might become an Indians fan too!

Click here to purchase tickets and find out more about the 2015 season.