Let’s Hear It For #WeNeedDiverseBooks

Just after 6am on the morning of February 2nd, I settled on the couch with my laptop, a fresh cup of coffee, and an uncontrollable mane of bedhead. While my bleary eyes slowly focused on the live webcast of the Youth Media Awards being held right that moment in Chicago, I opened a second window to the SCLD’s website and catalog—my plan being to make sure we had enough copies of this year’s winners and nominees. As I went back and forth between the webcast and our catalog a wondrous realization began to dawn on me: this year’s crop of award winners and honor books was quite possibly the most diverse yet.

The American Library Association (ALA) has a longstanding commitment to diversity. In addition to the Newbery and Caldecott Awards, the ALA also offers the Coretta Scott King Award (given annually to African American authors and illustrators whose works “demonstrate an appreciation of African American culture and universal human values”), the Pura Belpré Award (given to a Latino/Latina author and illustrator for work that “best portrays, affirms, and celebrates the Latino cultural experience”), the Schneider Family Book Award (honoring the writer and illustrator of a book that “embodies an artistic expression of the disability experience for children and young adults”), and the Stonewall Book Award (for works of exceptional merit “for children or teens relating to the gay, lesbian, bisexual, and transgender experience”). 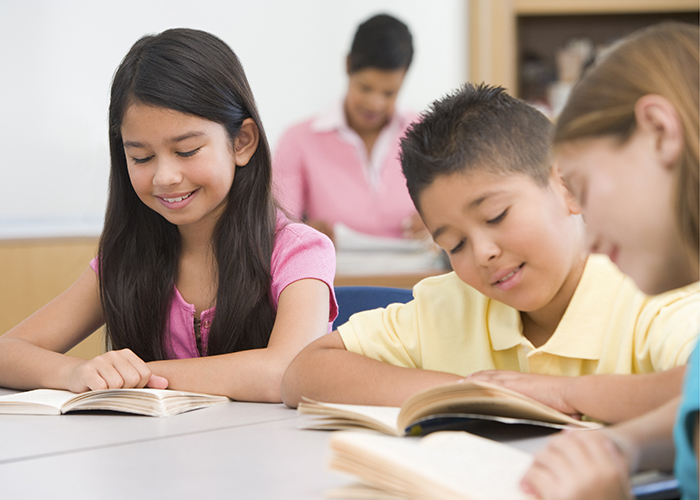 But what was exciting about watching the awards was realizing how many “books of diversity” jumped their expected categories and placed in awards not reserved for diversity. The Newbery Award went to The Crossover, Kwame Alexander’s novel-in-verse story of twin African American basketball stars dealing with their father’s declining health. El Deafo, Cece Bell’s fantastic graphic novel memoir of trying to fit in at her new school with significant hearing loss, won a highly coveted Newbery Honor spot. Viva Frida, the stunning picture book biography of Frida Kahlo, got both Pura Belpré and Caldecott Honors. A YALSA Nonfiction Honor went to Laughing at My Nightmare, Shane Burcaw’s tragicomic memoir of being a young adult with spinal muscular atrophy. Then, Jacqueline Woodson walked away with three medal honors for her autobiography Brown Girl Dreaming, including a Newbery Honor, a Sibert Award (for best informational book for children), and the Coretta Scott King Award.

For those of us who work with kids, parent kids, or love books for kids, this moment is both exciting and a long time in coming. The problem of “the all-white world of children’s books” was first profiled in 1965, but continued to be an issue, leading to a piece in The New York Times asking “Where Are the People of Color in Children’s Books?” in which the late Walter Dean Myers points out that of the 3,200 children’s books published in 2013, only 93 were about African Americans. The grassroots campaign #WeNeedDiverseBooks started in April 2014 with a Twitter exchange between Young Adult writers Ellen Oh and Malinda Lo, who both expressed frustration at the lack of diversity both in children’s publishing and in book award committees. Thanks to the social media, the #WeNeedDiverseBooks picture campaign took off, with writers, readers, librarians, publishers, teachers, and parents posting pictures of themselves holding cue cards listing why it’s so important to have diverse books. Reasons ranged from the hilarious (“because the real world isn’t just a bunch of rich, white guys walking around”) to the profound (“because if I’d ever seen myself in fiction I might’ve understood myself better & not been driven to suicidal depression & self harm as a teenager”). Seeing people holding up their reasons brings home the fact that diversity is more than just race or sexual orientation. It’s also about disabilities, mental illness, and socioeconomic status. Above all, it’s about a desire for inclusion and visibility. As one library cardholder puts it, “I already know my story. I want to know YOURS.”

While the diversity in this most recent group of children’s literature awards is cause for hope, there’s certainly more to be done. Currently the ALA doesn’t have dedicated awards for books celebrating the Asian American or Native American experience. One of our Public Services Assistants, David Wyatt, alerted me to the Asian-Pacific American Library Association Awards, which recognizes outstanding titles for children, teens, and adults. And not long ago I learned of the work of Debbie Reese, founder of the American Indians in Children’s Literature website, who works tirelessly to bring attention to accuracy and excellence in books by and about Native Americans for kids and teens. There is also the American Indian Library Association’s American Indian Youth Literature Award. Here at SCLD we work with the Autism Society of Washington’s Spokane Chapter to update and add to our selection of adult and youth titles on autism, and one of our librarians (and a regular blogger) Rachel Edmondson, got a grant last winter to work with and provide books for local refugee populations. We’re always looking for more opportunities to reach a diverse readership and to provide high quality materials with a wide variety of viewpoints and perspectives. If you have suggestions, either of great diversity titles or areas in our collection we could beef up, please let me know in the comments or email me at sboggs@scld.org.