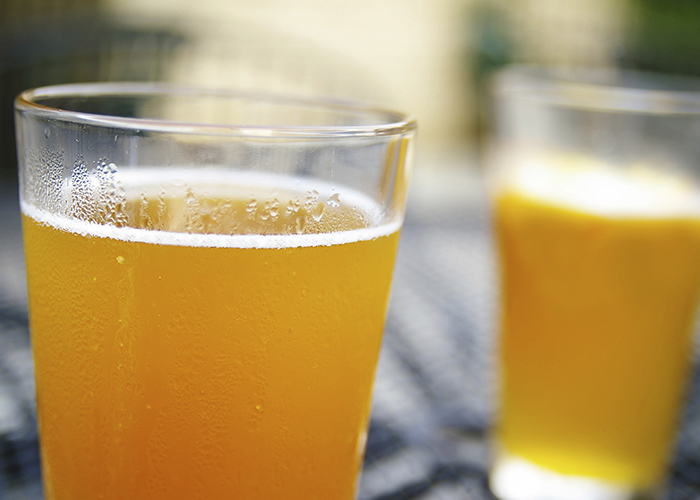 October (and Oktoberfest) is almost upon us. While I’m a fan of reading (and drinking) throughout the year, I find that I have more time for both as fall settles in to stay for a bit.

There is something about this time of year that makes me want to learn something, or try something new, a holdover from choosing new classes in school, no doubt.

Two years ago, that inclination led me to my first Craft Beer Festival, an annual event presented by the Washington Beer Commission (this year’s event just happens to be tomorrow and the next day, this time in the outfield of Avista Stadium). I had the opportunity to wander around Riverfront Park and try small samples of beers I’d never even heard of (all from Washington breweries). I discovered a few new favorites and figured out a little more about my beer palate.

It seems to me that taste in food and drink is not all that different from taste in books. It’s hard to say that something is “good” (because it is good if you like it), everyone has their guilty pleasures and old standbys (I like the odd Irish Car Bomb, and I’ll almost always order whatever porter is on the menu). My favorite beer (or book) is not necessarily going to be yours.

Whatever your taste in libations, I think you’ll enjoy some of these books (and I hope you give them a try, whatever you find to drink along with them).

I always find myself hungry while reading Charles Dickens. I know that he was often trying to point out poverty and class dynamics, but I find that it helps if I fortify myself as I go, this creamy stout is like a meal on it’s own. Plus, there is a pivotal scene, during which Oliver asks for more gruel. For those unfamiliar, gruel is a thinner version of porridge (and was often made of oats). The name on this Spokane beer (by Iron Goat Brewery) is a further play on Spokane’s own suction goat in Riverfront Park (perhaps the only one of its kind).

Censored Copper Ale and The 39 Steps by John Buchan

The Lagunitas Brewing Company has all sorts of reasons for naming their beers the way they do. All I can tell you is that this beer seems like the perfect choice to accompany one of my favorite spies on his first adventure. Richard Hannay makes his debut in this compelling novel, set just before World War I, in England. This book has been made into four films (but the other novels with the same protagonist are wonderful as well). If spies aren’t your speed, you can pair this smooth, malty beer with a banned book. You might even want to post about it on Instagram (it is #BannedBooksWeek).

Guinness and Murder Must Advertise by Dorothy L. Sayers 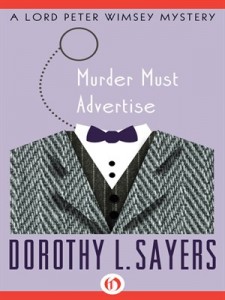 Dorothy is the queen of mystery, in my opinion, but I was a little surprised to find out that she was also the queen of advertising. Her novel, Murder Must Advertise is set in an ad agency and feels so real that I actually looked up the campaign that Lord Peter Wimsey comes up with in the story, to see if it was real (unfortunately not). With a little research, however, I did discover that Dorothy worked for an ad agency for a time. She was one of the copywriters working on the Guinness account in 1940, and she wrote some of those early ads (and made one of the first sketches of the Guinness toucan). Even without all of this, this story is full of late night pubs. A stout (and a cozy blanket) are perfect accompaniments to this brilliant mystery.

Corona and The Runaway Princess by Hester Browne

It would be easy to pair this light and effervescent beer with a beachy summer book, but I think you’ll have just as much fun with Hester Browne’s princess, as she decides whether or not she wants to accept a corona of her own. Sand and sun, or on your own couch, this is the perfect way to stay light as fall comes closer. (And don’t stop here, Hester’s fun British chick-lit novels are one of my favorite indulgences).

No-Li Expo Series and The Great Wheel by Robert Lawson

As we celebrate the 40th anniversary of Expo ’74, it’s only fitting that No-Li would have a commemorative series of beer. Currently, they are offering their Winter Warmer ale (one of three in the Expo Series, this one is available between late September and December).

All year, I’ve been thinking about a book I read years ago. It’s written for children, but still holds my attention today with the careful history and interesting story. It’s called The Great Wheel and it follows the journey of a young man to the World’s Fair in Chicago (where the first Ferris Wheel made it’s debut in 1893). It’s also got me thinking that a local author should write a novel about Expo ’74, any takers?

There are so many ways I could have gone with this. I might have mentioned Robinson Crusoe, for example, a classic in this genre, which I once listened to on a road trip from Seattle. But when I think about being cast away, I think most often of the intrepid characters in Baby Island (by the same author as Caddie Woodlawn). After a shipwreck, two sisters are tasked with caring for several toddlers and an infant who have been separated from their parents. It’s a testament to human ingenuity, and it makes me thankful that I am not on an island, where I have no access to alcohol or other pre-packaged drinks.

Butterbeer and The Harry Potter Series by J.K. Rowling

Though it’s not strictly beer, I would be remiss in not mentioning this magical pairing. While you could make a non-alcoholic version of this delicious treat, I’m planning to give this version of a try (it includes butterscotch schnapps and whipped cream vodka). 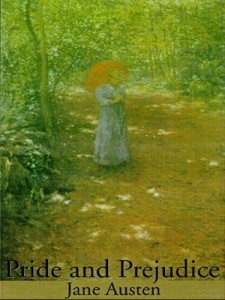 Heineken and Pride and Prejudice by Jane Austen

At first sip, this might seem like a strange pairing. What does a Dutch beer have to do with a British book? I draw my inspiration from two sources. First, in the movie You’ve Got Mail, Meg Ryan urges Tom Hanks to read this classic work, one of her favorites. He is shown reading, and drinking a beer that looks a lot like a Heineken (although the label was casually turned away from us). Shockingly enough, Heineken actually used Pride and Prejudice in a commercial campaign in the 1990s involving large guns (it’s true, if you don’t believe me, go directly to YouTube).

You need a little sweet to take the edge off of the stark depictions of racism in this book. Still, it’s lovely to float down the river with Huck, taking in the landscape as you go. Though this delicious sipper, from Spokane’s own River City Brewing, might feel summery, you just might be surprised at how much you enjoy a fruity beer as the evenings get a little colder.

Wherever your liquid and literary travels take you, I wish you all the best (and I’d love to hear about your favorite pairings).