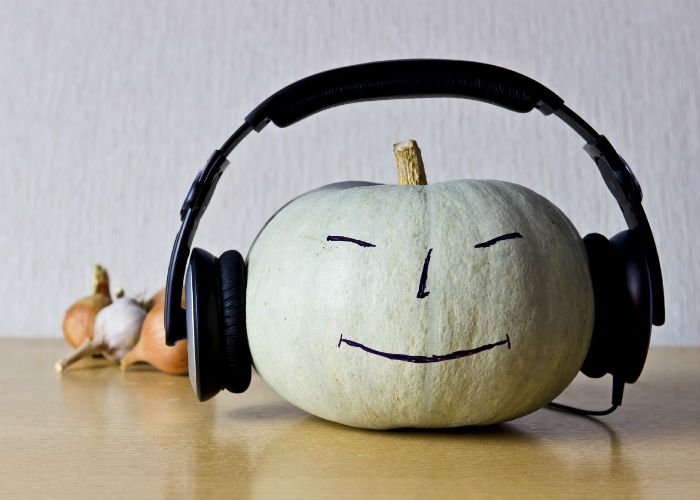 This might be heretical, but as far as Halloween-themed music goes I have never been a fan of Tim Burton’s soundtracks, Rob Zombie gets old after the n-teenth time, and Ghostbusters is a little too upbeat for my taste. I get it though—it’s easy to make a list of songs or albums that have blatant references to All Hallows’ Eve in them. I even admit that I’ve made a playlist or two with all of the aforementioned music on them. This year will be different, I told myself. However, once I got going I found it was difficult to narrow down my favorites. Here is my collection of six albums (plus an honorable mention list), ranging from the slightly sinister to the downright demonic. Most are available to download instantly on hoopla, but a few are on old-fashioned CDs in our collection. I promise you won’t find “Monster Mash” anywhere on this non-traditional Halloween playlist. 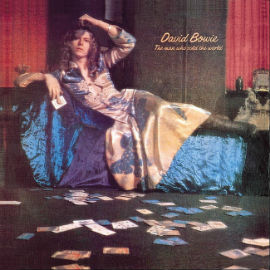 The Man Who Sold the World

Yes, David Bowie for Halloween and no, there are not Muppets involved here. A follow-up to Space Oddity, The Man Who Sold the World was an underrated album that has appreciated over the years. You’ll find Bowie delves into both schizophrenia and Nietzschean themes. Bleak lyrics and otherworldly vocals—as only Bowie can deliver them—make this a great Halloween pick.

Some people never get past Tom Waits’ voice, but for me, his voices makes nearly anything of his perfect for this Halloween playlist. His lyrics like to dwell in the back streets with unusual and unsavory characters. While his ninth album is no different lyrically, he does expand his musical palette a bit. His grotesquery is brought to life with accordions and marimbas set amongst many other eclectic instruments. 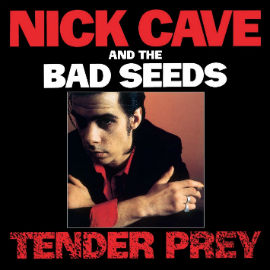 The Murder Ballads may be a more obvious album choice, but the song “Up Jumped the Devil” is the earworm for me on this album. This track was my introduction to Nick Cave, as it was featured in the creepy and atmospheric video game, Alan Wake. Again, like Tom Waits, Cave’s distinctive voice makes him a must-have artist on my list. There are too many examples of Nick Cave in top terror-inducing form on this album to name them all, including the opening track, “The Mercy Street”.

This is what I imagine a Tim Burton soundtrack should be—operatic vocals, swing rhythms, and horns blaring. Sing-along Songs For the Damned & Delirious is a typically upbeat and peculiar album that conveys a demented carnival. Given that energy, it would be a good choice to break up some of the gloom on this list. Not that I condone dancing (so undignified), but this is probably your best candidate for some sort of rug cutting. 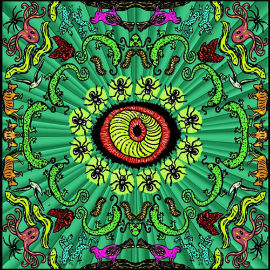 Perhaps most recognized of late for “Far From Any Road”, the theme song from True Detective (Season 1), this husband-wife folk duo knows how to dial in the creep factor. Each song focuses on an animal but quickly turns morbid with scenarios like an octopus luring sailors to their death or a poor soul stalked by spiders. This recent release might not be their best given their extensive back catalogue, but the loose wilderness theme makes it an interesting addition that is peppered with dark humor.

While Meloria is the newest album on this list, Ghost B.C. finds their inspiration from classic artists like Alice Cooper and Black Sabbath. Lyrically, this album is straight black metal with all the satanic themes you’d expect. Musically, it is a bit erratic, with those classic hard rock tendencies giving way to prog and even some glam metal elements. The pop tendencies could be tossed up to Klas Åhlund, who produced this album and typically works with the likes of Katy Perry and Madonna. Their satanic shtick isn’t for everyone, but it certainly warrants a place on my Halloween playlist, if only for the theremin featured in the track “Spirit”.

Nick Cave and the Bad Seeds – Up Jumped the Devil

David Bowie – The Width of a Circle

Pink Martini – Whatever Will Be, Will Be (Que Sera Sera)