I blame Julie and Julia. The book, not the movie. After I read it, I challenged myself to read a book from every country in the world—over the course of a year. And to blog about it. Unfortunately that year was 2013.

No matter. We bibliophiles, we persevere. 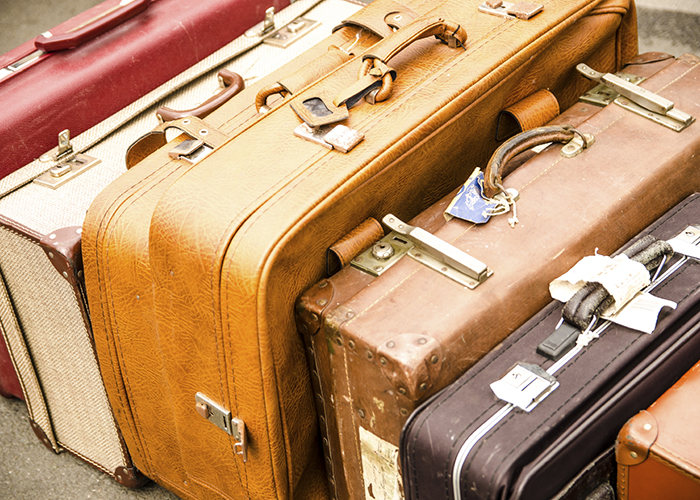 At the finish line, I plan to donate the hundreds of books I’ve blogged about to a local charity. I was thinking of a youth organization like Crosswalk, so the teens could journey Into the Heart of Borneo with dry-witted Redmond O’Hanlon. Or to an old folk’s home, where the Darlingtons would float away again with their Whippet Jim. (Narrow Dog to Indian River, etc.)

I want to fill up some old steamer trunks with these books, covered in stickers of Paris, Bangkok, and Kuala Lumpur. The kind I can picture Gerald Durrell lugging around on one of his animal collecting trips.

One of the funniest authors ever; Durrell tells of a legendary family outing in the creative nonfiction book The Picnic and Suchlike Pandemonium (England). Brother Leslie arranges a picnic spot on the beach, but there is a…smell…which Writer Brother Larry describes violently as an “olfactory outrage”. It seems that the backrest Mother is leaning against, with a rug thrown over it, is not a huge rock. It is in fact a dead horse.

Not to beat the thing, but one of the great pleasures of reading—especially travel reading—is discovery. I hate the way the Amero-centric New York publishing industry ignores most of the world.

For example, I picked the comic novel The Year of the Hare for Finland. It was the best little book I’d never heard of (thank you Goodreads). Published in 1975, it’s been translated into 12 languages, adapted into two feature films, and in 1994 it was included in the UNESCO Collection of Representative Works. Have you ever heard of it?

I’ve run across many other books that are international bestsellers…yet virtually unknown in the U.S.

Another challenge in writing the blog has been the language barrier. Some countries (think islands) only write in their own languages. Or in French, which does me no good. I can read German, English, and a little Russian. That’s it.

An additional challenge has been in figuring out how many countries exist. The answer depends on whom you are trying to please. China (and therefore the US) doesn’t recognize Taiwan; Kosovo is independent but not a member of the UN.

The World According to Garp Holly

I’m shooting for 200 countries. The US recognizes 195. On my blog, Cornwall, Scotland, and Wales are countries because they have unique languages. Tibet is a country #BecauseDalaiLlama; Vatican City, despite my respect for the Pope, is not. And no, TV separatists, Ukraine is not merely a part of Russia. Go start your own blog if you don’t like it.

Speaking of Russia, one of my favorite reads was the linked short story collection Head Cook at Weddings & Funerals (Canada). The author belongs to a fascinating minority—the Canadian Doukhobers. Many of these “spirit-wrestlers” live just north of us in British Columbia. The emigration of the pacifist Doukhobers from Georgia was the largest mass immigration in Canadian history. And it involves another of my favorite authors, Count Leo Tolstoy. More about that in a minute. 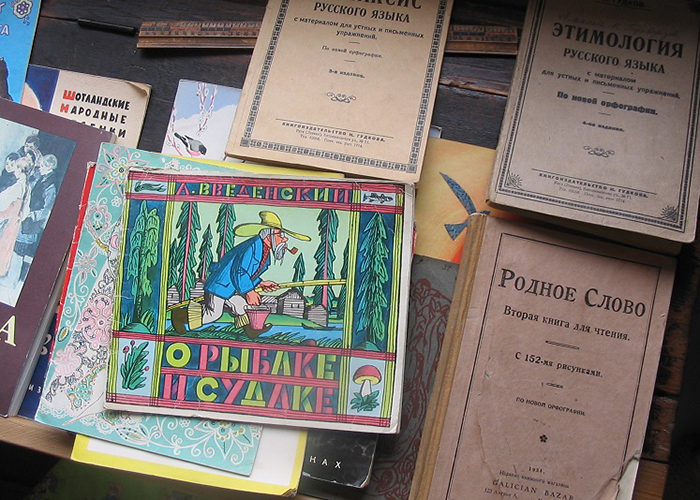 The (fictional) stories deal with three generations of women trying to straddle two cultures, two languages, and two very different ways of life. In a poignant story set in the 1950s, a young newlywed is proud of her long, beautiful hair…until the day the sect leader decides that long hair is unsanitary and sends all the barbers in all the villages to chop off all the braids of all the women. Short. Although her husband tries to comfort her, this young woman never truly feels beautiful again.

So what does Tolstoy, the author of War & the World, have to do with it? (The Russian word mir used to mean “world” before it was changed to “peace”.) When the Doukhobers splintered from the Russian Orthodox Church in the 1700s, they refused to bear arms for the Czar. He responded by hounding most of them out of Georgia by way of pogroms and persecutions. Leo Tolstoy funded their diaspora to Canada with his last novel, Resurrection.

The Things She Carries

But it hasn’t been all picnics and suchlike pandemonium. Some of the more serious (and difficult) reads have dealt with unpleasant topics like institutionalized domestic violence and chauvinism (Infidel,[Somalia]; I Am Nujood, Age 10 and Divorced [Yemen]), the abuses of colonialism (God’s Little Bits of Wood, [Senegal] and A Small Island [Antigua]) and the insanity of a cult of personality (Nothing to Envy [North Korea]). I’ve met a character who finds herself at odds with her community when her barrenness turns into fertility…and all her dreams don’t come true. (The Joys of Motherhood, [Nigeria]). I’ve gotten up close and personal with the English Civil War (The King’s General (Cornwall). Well, one of them, anyway. I’ve discovered the wonderful writer Oliver Potzsch, whose antihero is a sympathetic medieval hangman based on the writer’s ancestors. (I was an exchange student in Schongau years ago.)

I’ve learned a lot that I never would have picked up from ABC News.

I’ve gotten new ideas about how to heal depression, isolation, and loneliness from Patrice Malidoma Some (The Healing Wisdom of Africa) and Sastun: My Apprenticeship With a Maya Healer (Belize). These stories are not being told in the mainstream media.

I can’t be the only reader to have wished for the nightlife of the Vampire Lestat—with all that extra time to read. And write. And read some more. You see, I have all these ideas. A blog about one book from each of the 50 states. A classics-themed blog. A controversial-ideas blog. Problem is I don’t have time. In the words of Tom Lehrer, by the time Mozart was my age he had been dead for two years.

If any of these ideas appeal to you, I wish you would pick them up and run with them. Or, if you know of a great or terrible book set in a country I haven’t “been to” yet, I would love to hear from you.

As Julia Child used to say, “people who love to eat are the best people.” Just substitute “to read” and you have my recipe for blogging…and for life. 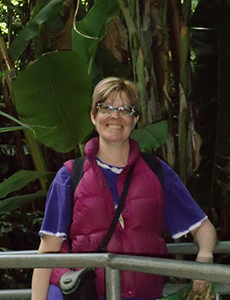 Holly Chase Williams is a writer living in Spokane, who travels the world literally and figuratively thanks to her ruinously expensive book habit. She knows she needs to renew her library card. She served as the book editor for Spokane & Coeur d’Alene Living for nearly a decade—she is not so good at math—and had a short story published in ZYZZYVA in 2006. Currently she is hard at work on an urban fantasy series set in her hometown of McCall, Idaho. She enjoys cheese, blogging and dogs.