Pluto: The little dwarf planet that could 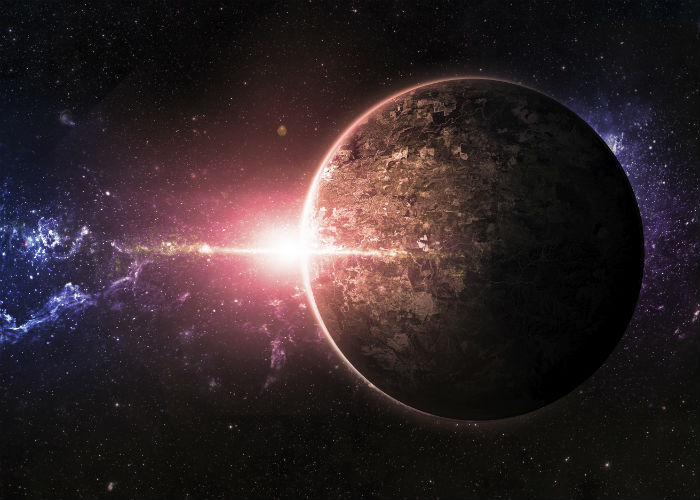 Nerd that I am, anytime NASA, SpaceX, Planetary Resources, or any other space exploration organization makes it into the news I am glued to my news feed. The New Horizons mission to Pluto is no exception, and it has been an active year for our favorite little ex-planet. Launched almost a decade ago, the New Horizons probe just made it to Pluto and has been sending back amazing images. I hope these awesome pictures of a planet (dwarf or otherwise) inspire others as much as they do a nerd like me. It will take nearly a year for all those images to make their way home, so in the meantime, I recommend giving these further readings a try:

If you like your science with an equal measure of humor, this is the book for you. Tyson brings his signature personality and intellect to bear on the loveable dwarf-planet Pluto. In addition to the actual reclassification of Pluto, Tyson lightheartedly explores its place in our culture and the great division that rocked the world. With plenty of illustrations and even comic stripes, it’s a quick, fun read.

The Case for Pluto: How a Little Planet Made a Big Difference

Boyle’s book includes more detailed arguments as to why the reclassification of Pluto has split the astronomical community. As it seems impossible to disentangle the scientific classification and our culture’s obsession with it, he also explores Pluto’s place in our culture.

How I Killed Pluto and Why It Had It Coming

Don’t be fooled by its title—this book is more of a memoir than a justification of the cold and calculated demotion of the one-time planet Pluto. Criticized by some for its personal focus, Brown gives insight into his life as a scientist unsuspectingly swept up into controversy. His discovery of the dwarf planet Eris prompted the reclassification of Pluto. As a result, he was inundated with reporters and hate mail, even from grade school children.

Written with the current New Horizons mission in mind, this work not only explores Pluto but also its neighbors in the Kuiper Belt. It places Pluto as the chief celestial body in a dynamic and little explored area of our solar system. One might argue that Pluto’s reclassification is the best thing that could have happened to it. It went from a lovable outsider to a gateway to the strange realm of dwarf planets, comets, and asteroids. If you really want to nerd-out you can explore the further reading selections in the back of the book.