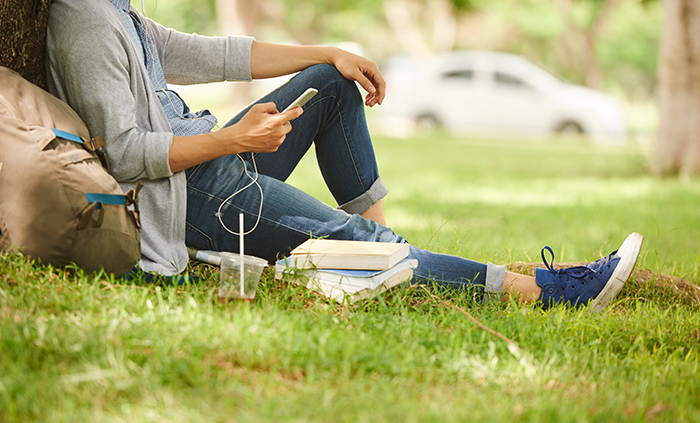 I grew up out in the country and my school days were defined by early mornings and long bus rides. These long rides were filled with listening to music on the most skip-resistant portable CD player my allowance could buy while working on homework assignments at the last minute, and when I was ahead on my homework, reading for actual pleasure! This inadvertently created my habit of pairing music and novels. My allowance didn’t stretch very far, so Metallica (The Black Album) was paired with most books for quite a while. Somehow Journey to the Center of the Earth did not really sync up well with “Enter Sandman.”

Even today, I listen to albums while reading. Often it helps me to focus on the book and block out daily distractions. With this summer’s theme of Libraries Rock!, I thought it would be a perfect time to share this habit for others to try.

Here are some of my favorite new rock, punk, and metal albums available through hoopla paired with the nominated books for PBS’s The Great American Read. Fair warning, some of these albums include explicit lyrics. 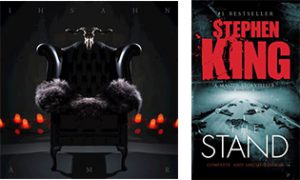 Pair with The Stand by Stephen King

John Carpenter had nothing to do with the old version of The Stand but he should have. When Ihsahn, the front man of Norwegian black metal pioneers Emperor, announced his 7th standalone album with a little John Carpenter vibe thrown in, I knew it would be perfect for the horror novel read along. His solo work branches off from his black metal roots a bit and mixes in more experimental elements from multiple genres including jazz and electronica. The opening track, “Lend Me the Eyes of Millennia,” especially fits the post-apocalyptic horror-fantasy of King’s world that to my mind is always permanently attached to the 80s and analog synths. This is a dark and complicated album to match King’s vision. 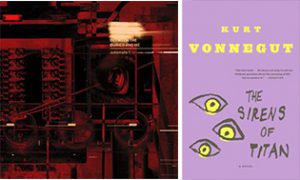 Automata I by Between the Buried and Me

Pair with The Sirens of Titan by Kurt Vonnegut

Here’s some more progressive metal (prog metal) for your summer reading. Another concept album, Between the Buried and Me has split it into two this time with part 1 out now and the second coming in mid-July 2018. Set in a future where artists’ dreams are harvested for entertainment of the masses, the album feels very much like Vonnegut’s work. Add in the band’s distinctly frantic and eclectic use of musical styles and you have a band suited to any writing by Vonnegut, even if they don’t exactly mesh thematically. The Sirens of Titan is not necessary the Vonnegut novel I would have picked for The Great American Read, but it was his breakout novel and Vonnegut is one of my favorite authors. 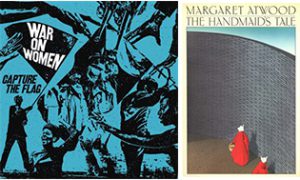 Capture the Flag by War on Women

Pair with The Handmaid’s Tale by Margaret Atwood

Diverging a bit from the progressive-influenced metal albums on this list, this punk-hardcore album from the feminist co-ed band War on Women is perfect for Atwood’s classic dystopia. Shawna Potter’s vocals are raw, angry, and powerful and really should be considered for the soundtrack for Hulu’s television adaptation. Blunt, vulgar, and on-point, this album is definitely not for everyone but perfectly matches the revolutionary spirit and urgency that has made The Handmaid’s Tale so relevant and resonate. 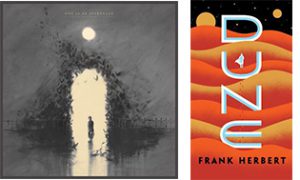 Epitaph by God is an Astronaut

Pair with Dune by Frank Herbert

Often times the best music to pair with a great read is instrumental. Sometimes that’s a film score, electronica, or classical. I prefer something a little heavier, if you couldn’t guess. The latest from the Irish post-rock instrumental trio God is an Astronaut is a great album to accompany Frank Herbert’s Dune. If you continue into the series beyond the first in this classic science fiction series, God is an Astronaut has a decent back catalog to listen to, as Epitaph is their 8th studio album.

Pair with Frankenstein by Mary Shelley

This album is about the 14th century Black Plague coming to Sweden, and those sensibilities fall in line easily with the gothic novel that nearly everyone read in high school. This is Ghost’s (or rather Tobias Forge’s) 4th album and his follow-up after a Grammy and lots of internal band turmoil. Ghost is in fine demonic form again and really would be a great choice to listen to while reading most horror novels, or maybe even some medieval nonfiction, like The Dancing Plague by John Waller, if the music video for the song “Rats” is any indication.