Scary books worth losing sleep over 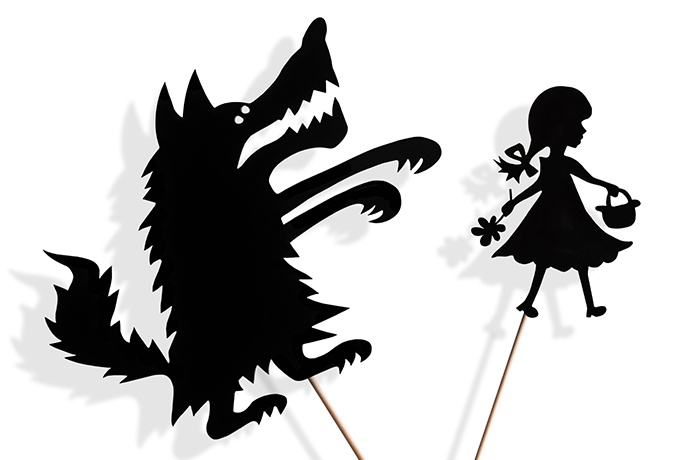 Curling up with a good book and something warm to drink is a favorite pastime of mine all through the year, but there’s something particularly wonderful about it in October. The changing leaves, the shorter days, the crisp air, and the all-encompassing miasma of pumpkin spice everything make me want to hunker down in a blanket fort with a page-turner.

And nothing makes me want to turn pages faster than a good old-fashioned fright-fest of a book! This is definitely the time to read something that will give you more goosebumps than the chilly weather.

I’ve loved scary books since I was a child. Like most responsible parents, mine had rules about the films that I was allowed to watch growing up, but as book-lovers themselves, they were quite a bit more lax about what I was allowed to read. My mother said, “Reading something gives you time to process it fully. And it’s much easier to close a book if it’s too much for you to handle.” A mind can only produce images within its limited frame of reference, but a person can’t un-see something terrifying that happens on screen.

Books were enough for me. I delighted in the titillating adrenaline rush that came with reading Roald Dahl’s The Witches, or R.L. Stine’s Goosebumps series. Brett Helquist’s nightmarish illustrations in the Scary Stories to Tell in the Dark series can still evoke a creeping sense of dread, twenty-five years later.

As a teenager, I was finally allowed to watch a few horror films, but the depths of my imagination when reading will always be scarier than what is on the movie screen. I had moved on to Lois Duncan, Caroline B. Cooney, Stephen King, and Dean Koontz. Though I still love horror movies, nothing can quite compare to the rush of being completely engrossed in a fictional landscape, only to emerge safely into the real world with the closing of a book.

There are a lot of classic horror books out there that I count as perennial favorites—Shirley Jackson’s The Haunting of Hill House, Mark Z. Danielewski’s House of Leaves, Edgar Allen Poe, Peter Straub, and Robert McCammon can all get me to stay up past my bedtime and really regret it the next morning. The last couple of years, however, have seen some amazingly creepy books emerge on our bookshelves here at the library.

These are a few of my recent favorites: 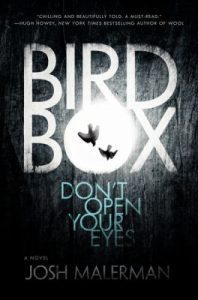 This is the scariest book I’ve read in years. Pure nightmare fuel.

Many horror books share some common themes—being alone, being vulnerable, fearing for your children, the madness of others, your own madness, and so on. This book manages to check many of those boxes while still retaining an incredibly fresh take on a well-done trope—the end of the world.

Something terrible has happened the year that Malorie discovers she is pregnant. A malignant, indescribable force (or entity, or creature) inexplicably causes immediate violent madness in nearly anyone who beholds it. Those who have managed to keep sanity intact must band together to survive, and Malorie is additionally burdened by the looming responsibility of her unborn child.

Throughout this book, Malerman creates an almost suffocating sense of doom. The terror is far more pronounced when we don’t have a shape or a being onto which to project our fear. As the characters in the book venture blindfolded outside their protected sanctuary house, the descriptions of trying to navigate blindly, to take actions to ensure your survival while robbed of a critical sense, are a terror unto themselves.

Also, anyone who has had bad roommates can imagine the pure horror of being stuck in a house with a dozen random strangers and no internet. 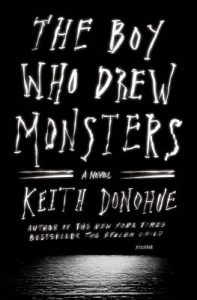 The Boy Who Drew Monsters, by Keith Donohue

My favorite horror novels create an atmosphere slowly, like a fog creeping up around you. This novel executes this seamlessly. And what is it about the presence of children that ups the creepy factor tenfold?

Ten-year-old Jack Peter is on the autism spectrum, and he loves to draw. It is a compulsion. Ever since a near-drowning incident in the ocean behind his coastal Maine home, he’s suffered from debilitating agoraphobia, and art is his refuge. As he sinks deeper into visions and nightmares surrounding his drawings, strange things begin to happen to his family and his beloved best friend. His parents must find the answers on their own to save their child from monsters, real or imagined.

Many horror books fall short at the ending, and without giving anything away, this book nails it. When all the characters are questioning each other’s sanity, and their own, tensions rise to an explosive conclusion that had me reeling.

If you’re into audiobooks, this one is brilliantly narrated by Bronson Pinchot, and I highly recommend it. 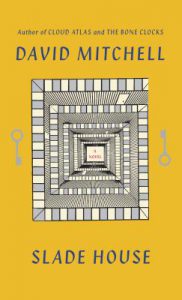 This is the most literary of my recent favorite scary books; David Mitchell is famous for works like Cloud Atlas and The Bone Clocks, which won the 2015 World Fantasy Award and is the setting also depicted in Slade House. If you haven’t read The Bone Clocks, however, you can still dive into this small haunted house tale—it works well as a standalone book.

Predacity is the theme of this collection of stories, which take place as a century passes in a quiet English manor house. This is reflected in many small details and outright plot points, from fox-and-hare signage to a children’s game of chase around the garden. You’ll find plenty of standard spooky house fare: a mysterious clock, creaking stairs, eerily familiar portraits, preternaturally gifted twins, and a face in a window. You’ll also find plenty of David Mitchell’s signature sense of whimsical humor, serving as a poignant counterpoint to the darker undertones of the stories.

You can read this book in one sitting. And if you like your horror mixed up with a good bit of history, science fiction, and fantasy, this is the spooky read for you. 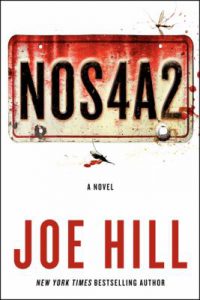 If you like your horror books to follow a slightly more classic Stephen King formula, you won’t be disappointed in this novel by his son. This book contains some sly references to King’s work and is so evocative it’s almost an homage. Joe Hill is a fabulous writer in his own right, though, and this book is a wild ride.

Victoria “The Brat” McQueen is a bit of a troublemaker. As a child on her trusty Raleigh Tuff Burner bicycle, she discovered that she could traverse long distances instantaneously via a mysterious rickety bridge. She goes looking for trouble, and she finds it in the form of Charlie Manx, the evilest villain who ever did anything evil. Manx can also mysteriously travel in his 1938 Rolls Royce Wraith, featuring the titular license plate, and he likes to snatch children up to his horrific playground, Christmasland, where they are transformed into something gleefully monstrous.

Vic is the only child who ever managed to escape him—a fact which comes back to haunt her decades later when Manx targets her own son. With the help of a brilliant librarian (are there any other kind?),Vic must call upon that childhood travel magic to save her son.

While Manx sounds a little ridiculous on paper, Hill portrays a truly terrifying character with one feature that always makes villains even scarier—he believes he’s doing the right thing. After all, what child doesn’t want to live forever in a land of eternal Christmas?

This is a fast-paced read that will remind you of those spooky Goosebumps books from childhood.