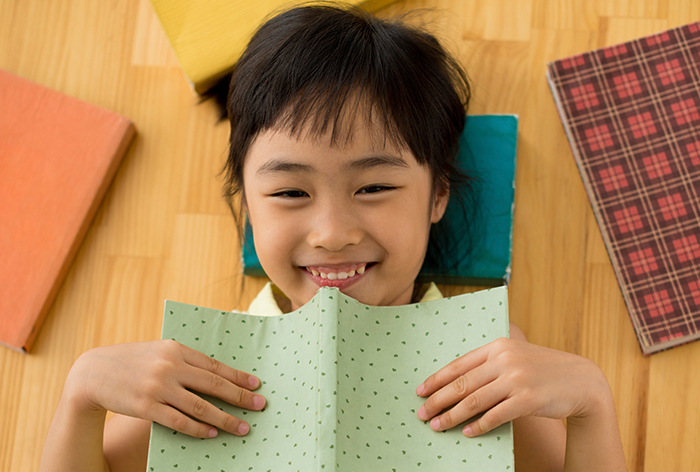 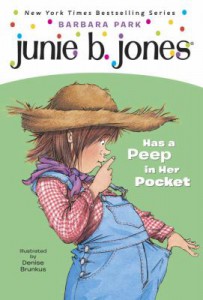 Summer slide refers to what happens to student brains when they are inactive over the three months of summer vacation. Although kids are getting a much needed break, they can also lose reading and math skills—sometimes up to half of a school year’s amount of work. Summer slide isn’t all bad news, however. The more leisurely pace of summer actually allows for new learning opportunities, such as participating in a STEM camp or just binge reading a favorite new series.

Here at the Library District, we’ve been preparing for summer reading by stocking up on the most popular series for kindergarten through third grade readers. While all the age groups are important when it comes to maintaining reading skills over the summer, it’s especially crucial with this age group because their skills are still so new. Building a sound foundation in grades K–3 paves the way for a lifetime of reading. And we’re focusing on book series because they are super popular for growing readers and they offer the potential for hours of binge reading!

So for starters, summer vacation is a great time to jump into a classic, time-honored series, such as Boxcar Children, Hank the Cowdog, Magic Tree House, or even more recent classics like Junie B Jones or Geronimo Stilton. 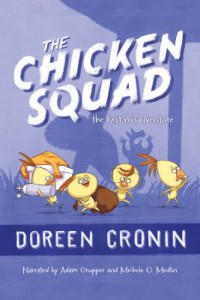 Animal-themed series are seriously engaging for this age group, especially when the animal in question is one consistently misbehaving feline. The Bad Kitty series, by Nick Bruel, generates lots of laughs at grade levels 3–4. The newest book, Bad Kitty Goes to the Vet, does not disappoint. Ranger in Time, by Kate Messner, is a new series starring Ranger, a time-traveling golden retriever with “a nose for trouble!” Travel back to ancient Rome, the Oregon Trail, or even the South Pole with our intrepid canine hero. Chicken Squad is a relatively new series by the always entertaining Doreen “Click Clack Moo” Cronin. Four fluffy chicken siblings solve mysteries large and small in their chicken yard. Fans of Rainbow Magic, Magic Puppy, or Magic Kitten will love Magic Animal Friends, by Daisy Meadows, which offer some of the most adorable covers we’ve ever seen (A backpack-wearing kitten! A mouse with a purse!). Owl Diaries, by Rebecca Elliott, is about a young owl, Eva Wingdale, who often gets in over her head. Critter Club is a nice mash-up of school and animal stories, revolving around four best friends and a host of lost and lonely animals. 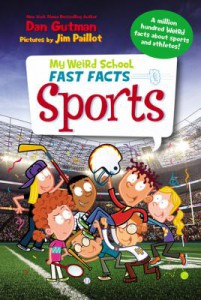 Speaking of school stories, there are quite a few series set in grade school ranging from realistic to fantastic! At the ordinary end of the spectrum is the Alvin Ho series by Lenore Look. If there was ever a child destined for a Generalized Anxiety Disorder diagnosis as an adult, it’s probably poor Alvin who claims to be allergic to girls, babies, birthday parties, science projects, camping, most tourist attractions, and anything remotely unfamiliar. With the support of his loving family and wise teachers, Alvin learns to embrace each new challenge as it comes. Lola Levine is a new series about a plucky second grader who loves soccer, has a bratty little brother, and is half-Jewish, half-Peruvian. The first of the series, Lola Levine is Not Mean, introduces Lola, who can’t find anyone to play soccer with after she accidentally injures another kid on the field. And the many fans of Rachel Renee Russell’s Dork Diaries will be anticipating The Misadventures of Max Crumbly: Locker Hero, a similar saga, this time with a boy protagonist. On the more fantastic side of the school story oeuvre is Dan Gutman’s My Weird School, My Weirder School, My Weirdest School—all of which are titled with a seemingly endless parade of teachers whose names rhyme with various qualities (for example, Mr. Cooper is Super! Ms. Cuddy is Nutty!). Be sure to check out Gutman’s new My Weird School nonfiction titles, including My Weird School Fast Facts: Geography and My Weird School Fast Facts: Sports. And finally, Captain Awesome by Stan Kirby is about second grader Eugene who gets a chance to unfurl his superhero alter ego when he transfers to a new grade school. 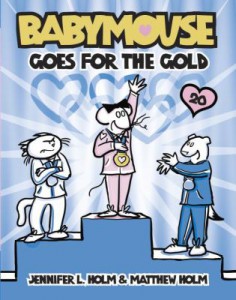 On the more fantastical side, Stella and the Night Sprites by Sam Hay is a new fantasy series involving a girl’s adventures with mischievous night beings who do such vexing things as tie children’s hair in knots and steal hard-earned Tooth Fairy money. Hamster Princess is a fantasy graphic novel series by Ursula Vernon, author of the Dragonbreath series. Harriet the hamster is brave, independent, and more than a little perfect for fans of Babymouse. Phoebe and Her Unicorn by Dana Simpson is about the delightful graphic novel adventures of Phoebe, who has a friend-for-life in Marigold Heavenly Nostrils. Together, girl and unicorn take on school bullies, piano lessons, the school play, and even goblins! 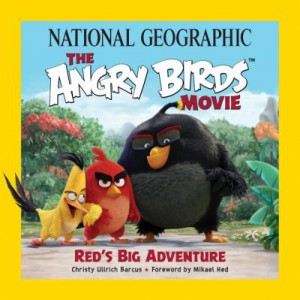 Movie tie-ins are a great way to hook even the most reluctant reader and this summer promises some strong contenders. First is the junior novelization of Captain America: Civil War, which is in theaters right now. The Angry Birds Movie will have a lot of spinoffs, including beginning readers like Meet the Angry Birds and the picture-heavy National Geographic: The Angry Birds Movie: Red’s Big Adventure. The Secret Life of Pets is the latest movie from the makers of Despicable Me; you can meet all the characters in The Secret Life of Pets: Meet the Pets. 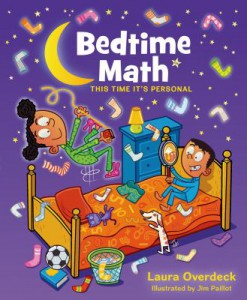 There are some great binge reading opportunities in the nonfiction section of the library as well, especially if you start with Steve Jenkins and Robin Page’s books about animal attributes. Their latest, Flying Frogs and Walking Fish: Leaping Lemurs, Tumbling Toads, Jet-Propelled Jellyfish and More Surprising Ways that Animals Move, deals with animal mobility in their usual visually engaging style. The Bedtime Math series by Laura Overdeck demonstrates through the magic of kid-friendly story problems that math is everywhere! National Geographic Kids has something for everybody, including jokes, weird but true tales, animal stories, books on the planets, and of course, dinosaurs. Look also for their nonfiction National Geographic Kids Readers for beginning readers: Day and Night, Follow Me! Animal Parents and Babies, and Ellis Island. Ted Arnold’s Fly Guy introduces young readers to a variety of nonfiction concepts—including insects, snakes, dinosaurs, sharks, and firemen—in Fly Guy Presents. And last but certainly not least is a new series of Guinness World Records books for the newest readers. The first entries include Guinness World Records: Fun with Food, Daring Dogs, and Biggest and Smallest.

This list is by no means complete and we’d love to hear what you’re looking forward to reading this summer! Let us know about your young reader’s favorite series in the comments.