Spring reads to take you into summer 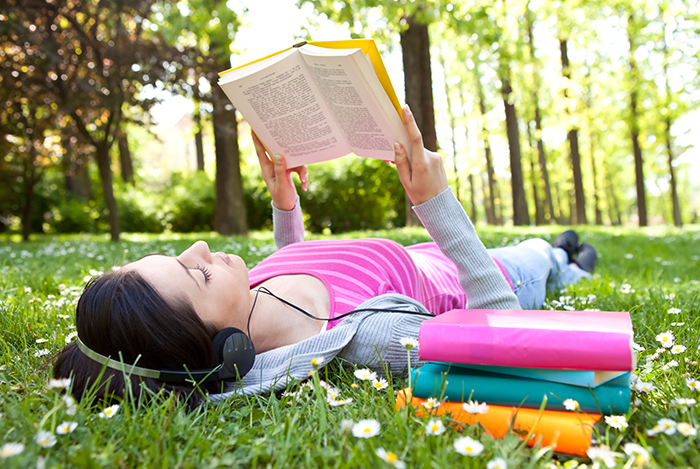 Every year around this time, I think to myself, “Hooray, we made it! Thank goodness spring is here!” Of course, that’s usually when it starts to snow again.

I know we will have a hot summer again soon enough, but after a winter like the one we’ve just been through, I can’t be the only one who is beyond ready for it. It appears that the weather has other plans for us, however, with conditions that are shaping for a water-logged spring!

Each of the following books helped me to survive winter—transporting me to another place, another world, another season. I hope they work as well for your soggy spring as they did for my frozen winter! 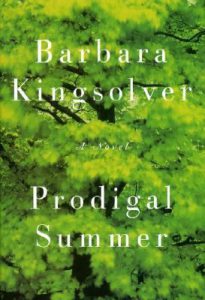 Reading about a hot and humid Appalachia summer was the perfect antidote for the four feet of snow outside my window. Since first reading The Bean Trees many years ago, Kingsolver has been one of my favorite authors. Here she writes three parallel narratives as events seem to transpire serendipitously. A park ranger’s solitude is disturbed by the arrival of a hunter and sheep farmer and what he leaves behind. An entomologist deals with death, a new family, and her unexpected love for two children not her own. And two neighbors bicker over their gardens and man’s will versus nature, until they learn to compromise with each other. 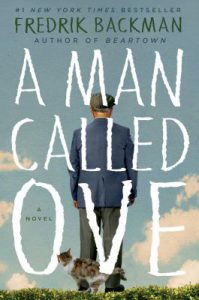 Although this story takes place primarily during a Swedish winter, this charming story of a curmudgeon and his new neighbors who deal with his cantankerous attitude has a touching end that makes it a great book to snuggle up with no matter the time of year. From the beginning, it was easy to see where this story was destined to end, but I was happily surprised with how the story ultimately got there. 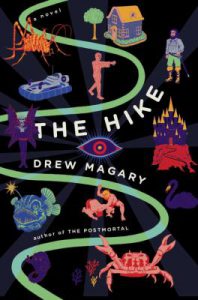 The Hike, by Drew Margary

This book is not your typical anything—suburban family man, man-eating giants, bizarre demons, and colossal insects from folk tales and video games. It is a wild ride to places you have probably never thought of going. Coming back along an impossible, insane route, you will hopefully love the entire ride as much as I did. This was a great escape from the Spokane winter doldrums. I simultaneously couldn’t wait for this book to end and wanted it to continue forever. 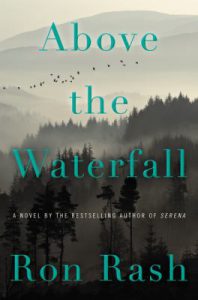 Above the Waterfall, by Ron Rash

Rash writes about the beauty of the Appalachian region with a realism that could only come from a native. He draws a poignant picture of the stark horrors of crystal meth against the spectacular backdrop of the region. This particular story is about a tight-knit community in the Appalachian mountain range, a soon-to-retire Sheriff, and the new park ranger (a.k.a. interloper) who has come to town. 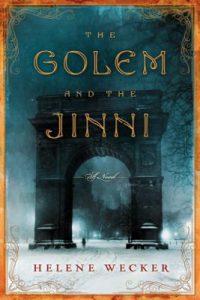 The Golem and the Jinni, by Helene Wecker

I came across Helene Wecker’s first book as a recommendation on Goodreads. Although the audiobook is 20+ hours long, for me it was never a slow read, and I never wanted to stop listening. Primarily fantasy—the main characters are both supernatural creatures making their way through 19th century New York—the novel is also the story of friendship, culture, and adventure. George Guidell’s voice and style lends perfectly to this beautiful literary work. I cannot wait to read and listen to Wecker’s next installment. 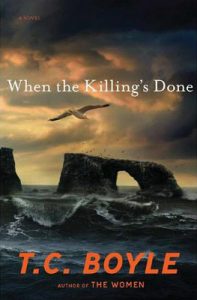 When the Killing’s Done, by T. C. Boyle

The location of this book, the California Channel islands, is close to my heart. I have always enjoyed my visits to these beautiful, mysterious islands. As with many of Boyle’s stories, this one follows two individuals who are at odds with one another. Their argument is over whether the endangered native population of the islands is more important than lives of any other animals—in this case the invasive rats and pigs brought to the islands as stowaways on human ships. Each is unfailingly resolute in their own belief, complete with pig-headed righteousness. The conflict comes to a head, and a crashing conclusion, forcing the reader to think hard about the lasting effects of such an issue.

Grab your umbrella and galoshes, and visit your local library to find these and many other great titles to get you through the wet season. Or stay in, wrap yourself in a blanket, and download a book from hoopla or OverDrive with your library card. Either way, I wish you an enjoyable read!