The world is not ending: non-dystopian teen reads 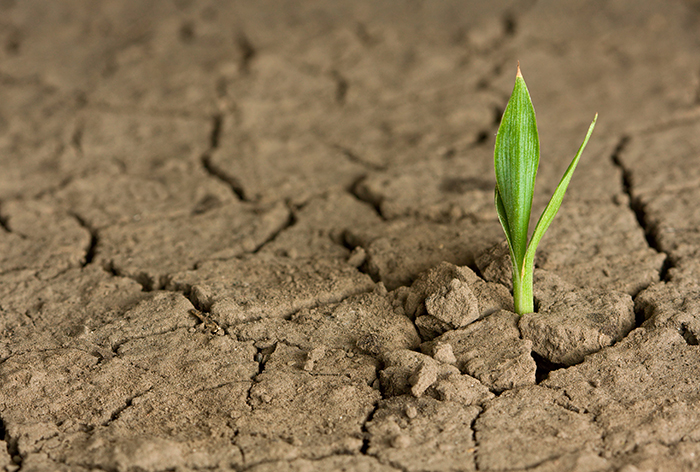 The world is not ending—at least not yet—but sometimes it can feel that way, especially after I’ve read three or four dystopian novels in a row.

I love a good dystopian tale as much as the next person, but I think there comes a time when even the most die-hard fan needs a break. I don’t know about anyone else, but after reading time and time again about corrupt governments and a seemingly perfect utopia (that turns out to be anything but), I start to get suspicious of just about everything.

Are there subliminal political messages in the Burger King commercials? Are the SATs really a front to divide the United States into factions for an upcoming war? Is my veterinarian microchipping my dog, or are they implanting a microphone so a secret society can spy on me?

All of that suspicion and worrying is exhausting. So if you’ve reached the point where your brain needs a break from bleak dystopian worlds, consider giving one of these novels a try. 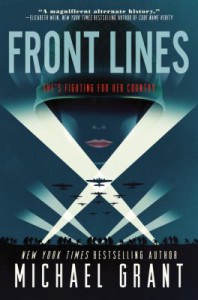 One decision has the power to change the world in this alternate history of World War II where the draft is extended to all citizens, both male and female, age eighteen and older. Rather than waiting to be selected, three young women enlist to fight. Rio, Rainy, and Frangie’s personalities, backgrounds, and reasons for enlisting are varied, but each must overcome their own battles before they even get to the front line. None of them expected to fight, but they’re more than able, and ready, to take on one of the greatest evils the world has ever known. 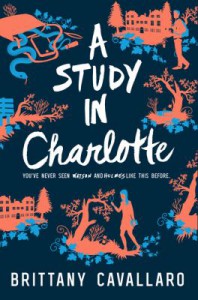 A Study in Charlotte  by Brittany Cavallaro

Charlotte Holmes is a temperamental genius who’s only occasionally plagued by drug issues, but at least she comes by it honestly. After all, the same description could easily apply to her many-times great grandfather, Sherlock, as well. And Jamie Watson may well be the descendent of Sherlock’s companion, James Watson, but that certainly doesn’t mean the two of them are obligated to spend any time together. But when copycat crimes that only a Holmes (with a little help from a Watson) can solve begin happening all over campus, they can only keep apart for so long. 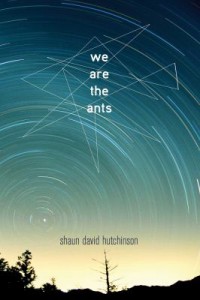 We Are the Ants  by Shaun David Hutchinson

Life hasn’t been particularly kind to Henry Denton: his dad left, he’s bullied almost constantly, his ex-boyfriend committed suicide, and he’s been regularly abducted by aliens for years. So when those same aliens give him (and him alone) the chance to save the world, he isn’t particularly sure he wants to. Before he can even begin to think about the rest of the world, Henry has got to decide if the little joy and happiness in his life are enough to counteract the pain and loneliness he feels. Is the world really worth saving after all? 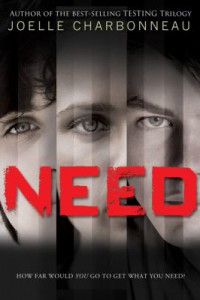 A new social media site pops up, promising to fulfill a need for each user as long as each user does something in return for the site, called NEED. It isn’t long before every student in Kaylee’s class has signed up. At first the needs are small—a new computer, an A on a test, a date for homecoming—and the requests are reciprocated by each person simply inviting a classmate to join the site. NEED’s requests start escalating, however, and when classmates begin getting hurt as a result, Kaylee starts getting suspicious. Who is behind this site? Is it worth taking a risk to try to stop them if they really are capable of getting her brother the kidney he so desperately needs? 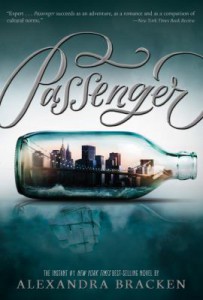 Etta Spencer has given up everything to become a world-class violinist and nothing will stop her from making her concert solo debut in New York City. But when she is taken from her concert and sent back in time to 1776, landing on a sailing ship in the middle of a pirate battle, her entire world turns upside down. Etta quickly meets Captain Nicholas Carter who was hired to take Etta to the leader of one of a declining number of time-traveling families who have been locked in a power struggle for centuries. As they hunt for an important missing artifact, Etta and Nicholas find themselves travelling through time and around the world. 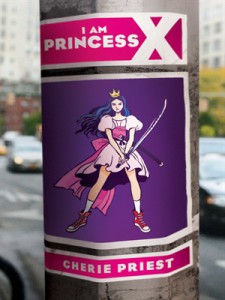 I Am Princess X  by Cherie Priest and Kali Ciesemier

Years ago on the playground, May and her best friend Libby created a comic—more than that, they created a world. It’s an epic world where Princess X fought any battle or slayed any dragon they could imagine. And when Libby died, Princess X died with her. Now at age 16, May is finding Princess X comics everywhere, and that just shouldn’t be possible. What’s even weirder is the uncanny similarity in the Princess X story to May and Libby’s own story. Only two people know their story, so if May isn’t the one making the comics, then that can only mean one thing—Libby is! 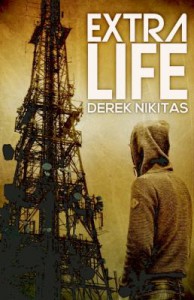 Russ Vale thought he finally had his life together. After being expelled from school two years earlier, he’s finally ready to get to work on his new short film. He even has the star of a popular teen soap opera on board to star in it. In typical Russ fashion though, nothing ever works out as planned, and he finds himself in trouble once again. So when Russ gets a call from someone claiming to be “Future Russ” who offers him the chance to jump back in time and change the last 12 hours of his life, he goes for it. After all, how could things get any worse? As it turns out, tampering with time is a dangerous endeavor. Russ soon loses control of the whole situation, putting everything and everyone he loves in danger.