Recommended for you: 3 YA books to read right now

As the District’s Youth Collection Development Librarian, I work in our Collection Services Department, where all the library’s materials are selected, ordered, cataloged, and processed. We get to see all the new items before they even hit the shelves! Every now and then, we like to handpick a few of our favorite titles and give you an exclusive preview. This month, I’m sharing three brand new YA books that are perfect for losing yourself in during these long, summer days. 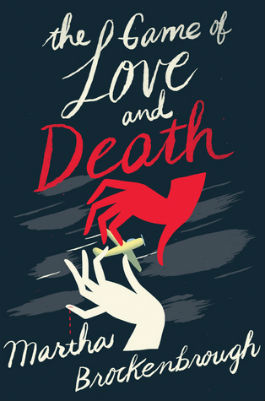 The Game of Love and Death

If you’ve ever listened to the audio version of The Book Thief and, like me, got goosebumps at the part where Death declares “I am haunted by humans…” , you need to stop whatever you’re doing and pick up The Game of Love and Death. Dealing with similar themes of destiny and devotion set against a historical backdrop, Brockenbrough’s story takes place in Depression-era Seattle, where two seventeen-year-olds are the unwitting players in an age-old battle between the immortal figures of Love and Death. Flora is African-American, a would-be aviatrix, and a jazz singer in her family’s nightclub. Henry is white, privileged, and as enamored with baseball as he is his bass. Their meeting sets the game in motion, and although Flora—Death’s pawn—knows too much of the world to believe anything good can come of falling for Henry, Henry burns with the certainty and inevitability of Love. In addition to choosing Flora and Henry as their players, Death and Love join the game themselves in human disguise, hoping to manipulate the outcome each to their own desired end. I was hooked before I’d even finished the prologue.

Read if you like: gorgeous writing, regional historical fiction, stories that make you cry at the end 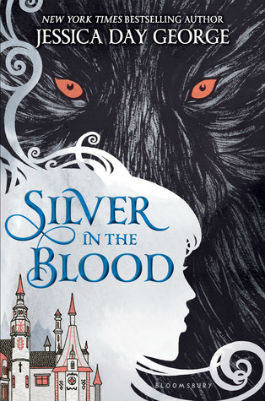 Silver in the Blood

Two debutante cousins, Louisa and Dacia, are sent to Romania to stay with their mother’s’ side of the family, the Florescus. Dacia, the toast of Gilded Age New York, has flirted too voraciously with the wrong people and believes the trip is a punishment: Lou is told she has “nerves” and some time with her mother’s family would do her good. But when the girls arrive, they find their new relations are a reclusive, somewhat terrifying lot, who only socialize with the royal Dracula family. Furthermore, Lou and Dacia seem to have inherited the genetic Florescu predisposition to shapeshift, which could manifest as the Claw (wolf), the Wing (bat) and the Smoke (mist). As the girls struggle to understand their family legacy, dangers present themselves on every side in this romantic, paranormal mashup. George’s research and travels in Romania really shine through in this novel, which also borrows the letter-writing narrative technique of Bram Stoker’s Dracula.

Read if you like: feisty heroines, the original Dracula, descriptions of daily life long ago 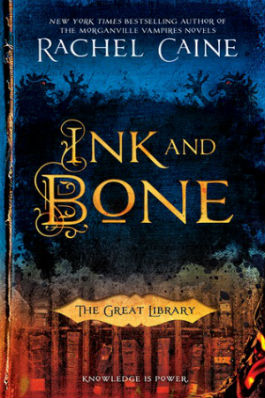 Caine, author of the wildly popular Morganville Vampires series, imagines a world in which the Great Library of Alexandria never fell, but instead is a presence in every major city. Alchemy allows the contents of the world’s great books to be delivered to readers, but private ownership is strictly outlawed and punished by the keepers of the library. Jess’s family has more or less turned this restriction into a stream of income; people will pay quite handsomely for rare and forbidden books. Jess is a runner—a dangerous job where he weaves through the city with contraband books strapped to his body, hoping to identify the right buyer and make his delivery. If caught, the punishment is death. When the opportunity to become a keeper of the library presents itself, Jess is allowed to enroll in the necessary schooling but with one caveat: he must report back everything to his scheming father. As Jess learns the secrets of keeping the world’s greatest works, he discovers the high cost of challenging authority. Fast paced and imaginative, Ink and Bone is the first in Caine’s The Great Library series.

Read if you like: action-packed dystopian adventures, libraries, reimagined history, books where there’s magic and a train takes you to boarding school

Similar Books: The Lightning Thief, Fahrenheit 451, A Discovery of Witches