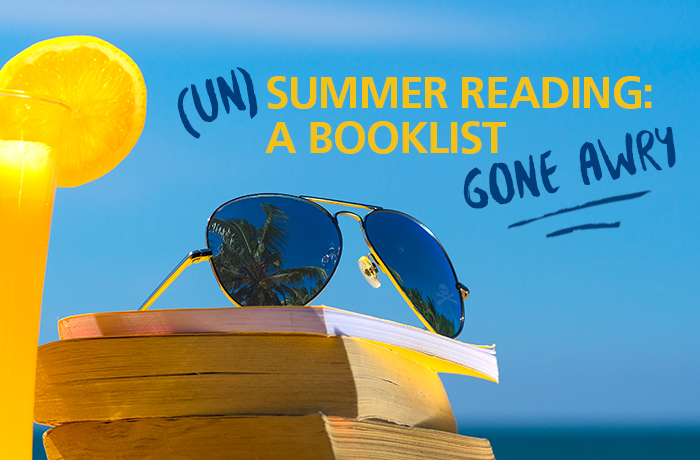 Summer reading is almost over! Light, breezy, and perfect for the beach, summer reading lists are often the popcorn-flick equivalent for books. Of course, I’m contrary and will avoid nearly all of these lists. No Cussler, Patterson, and certainly no romance novels for me.

Instead, I fell into a reading pattern comprised of mostly nonfiction and epic sci-fi and fantasy this summer. So all of my summer picks are heavy (either figuratively or literally).

This is my against-the-grain summer reading report: 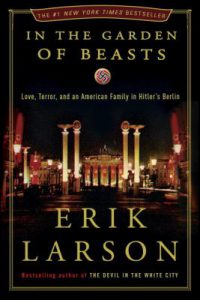 In the Garden of Beasts by Erik Larson

I began my summer with this upbeat, short history. The year was 1933, the city Berlin, and the Dodds, an American family, move into the US embassy. The focus is primarily on William E. Dodd, the newly appointed US ambassador to Germany, and his daughter Martha. The latter is more interesting as we see her fall in love with Germany and then slowly become disillusioned with Hitler’s Germany. It is amazing how long she and many others could rationalize away what was happening. This book was a bestseller a few years back, so it is definitely worth a look or a revisit. 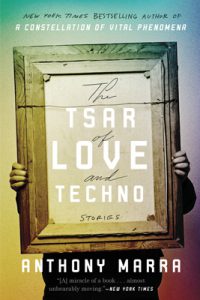 The Tsar of Love and Techno by Anthony Marra

This is the lightest of the bunch in this list. It is also a bit like homework for all us library folk this year, but the writing is beautiful so it doesn’t feel like a chore in any way. Marra’s short story collection is this year’s Spokane is Reading selection and he will be in town on October 27 for two live events. I know some readers want to skip to the next book at the mention of a “short story collection,” but Marra takes full advantage of the form. Interconnected, the stories all feed into one another. We begin with a study of the pathos of a 1930’s soviet art censor, then jump to 2013 and the granddaughters of one of the censored subjects, a ballerina. It is the linkages that make it an interesting read from story to story, and its emotional pull of these flawed characters, their loves and their losses, will have you invested. 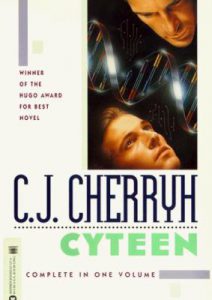 Some of my reads this summer were either literally or figuratively heavy. This was both. At nearly 700 pages, this actually collects a trilogy (originally published in the late 80s) into one tome. Cherryh constructs a complex, politically infused story—this time of the murder of a young scientist’s genetically engineered duplicate. In her sci-fi, her writing reminds me of when I first found Frank Herbert’s Dune series, engrossing but dense. You’ll find her work in our local author section. 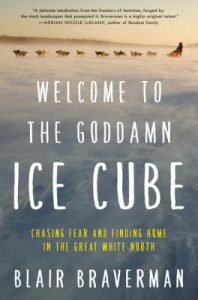 Welcome to the Goddamn Ice Cube by Blair Braverman

Talk about grit. In this memoir, Braverman braves ice caves, blizzards, and being a young woman in a world still dominated by men. She trains to drive sled dogs in Norway, moves to Alaska as a tour guide, and returns to Norway. With humor and honesty, she confronts what it means to persevere in a harsh environment and culture. The title tells you a lot about this one—sarcastic yet earnest. It will captivate you. 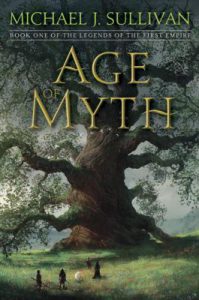 If you’ve been crushed by George R. R. Martin’s glacial writing pace and are now waiting another full year for the next season of Game of Thrones, then this new high-fantasy series should tide you over. It’s packed with lots of fantasy tropes yet trends to sympathetic characters, even in a tale that begins with the death of an immortal (or assumed immortal) at the hands of a mere mortal. Sullivan’s excellent world building will draw you in. While this book is the beginning of a stand-alone series, it is set in the same world as two other series by Sullivan. So you won’t need to wait five or more years for another book from this author! 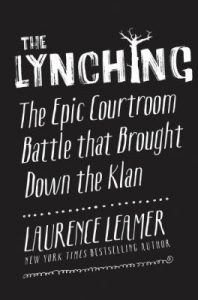 The Lynching: The Epic Courtroom Battle That Brought Down the Klan by Laurence Leamer

Coming full circle to another racially charged work of nonfiction, The Lynching follows the legal and civil rights fight after the lynching of a black man in 1981. Not particularly narrative in its structure, Leamer sticks to the facts without embellishment. This is great for a succinct telling of this case, highlights of the civil rights movement, and the legal strategy to take down the United Klans of America. The relatively recent time period in which this happened and its continued relevance today make it a riveting and disturbing read.