Why I Read YA 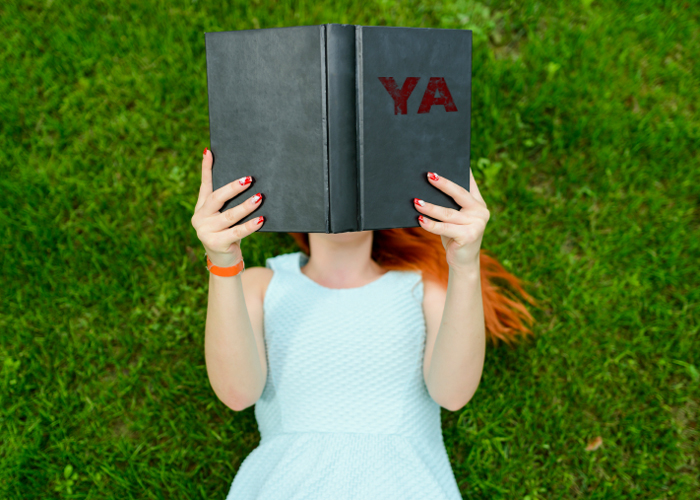 But Ruth Graham over at Slate says I shouldn’t. Or if I do, perhaps I should pin a large, scarlet “YA” of shame on my chest because — in spite of the fact that 55% of YA titles are bought by people older than 18, in spite of all the lists of “YA books adults will love,” in spite of the fact that I’ve managed to cobble together a pretty decent career based on books written for children and teens — Graham insists that “Adults should feel embarrassed about reading literature written for children.”

But I don’t feel embarrassed. I see what she’s trying to do in this article (unambiguously titled “Against YA”). She’s trying to paint adult readers of YA as the kinds of middle-aged people who line up in their Hello Kitty pajamas for the midnight release of Catching Fire on DVD at Wal-Mart.  Although her stated aim is to exhort us all to read more age-appropriately, to sample from the endless banquet of literary fiction for adults, it’s also to mock. For mockery is classic click bait technique and if there’s one thing Slate likes, it’s more clicks.

Predictably, the bookish corners of the Internet blew up right after Graham’s piece ran and there are many excellent refutations and takedowns already posted everywhere from the Washington Post to Flavorwire. I’m a little late to the party in sharing mine, but it’s because my head has been so full of arguments, and wanting to share every mind-blowing snippet of YA prose I’ve read in the last six months, while simultaneously thinking about my own reasons for reading YA (or any of the other things I read, for that matter).

I read YA and children’s books in part because doing so helps me stay aware of trends when selecting titles for SCLD’s collection. But I also read it because I enjoy it — the sophistication behind some of the current crop of picture books, chapter books, juvenile nonfiction and teen novels is astonishing. I love how the Elephant and Piggie books by Mo Willems continually flirt with crises both relational and existential while helping young children learn to read. I love the world Maggie Stiefvater creates in The Scorpio Races — an island of indeterminate Celtic origin where a stableboy and an orphan girl train for a terrifying annual event where carnivorous horses rise up from the surf and must be tamed (or fed, in the most ghastly manner possible).

There is an art to writing for children and young adults and I’ve learned that paying attention to the craft is almost as satisfying as reading the story itself. Libba Bray does amazing things with structure, dialogue, and detail — in The Diviners you feel led around the gas-lit streets of 1920s New York by ghostly wisps of memory and loss, even while her glamorous flapper heroine gets herself into one worldly scrape after another. And choosing the text for picture books and beginning readers is just as much an art  — some stories, no matter how simple, just seem to rise up off the page vibrating with sound while others lay flat, inert or weighed down with excess verbiage. It’s fascinating to see how the success of a story rests on the many decisions – both major and small – the author makes along the way.

Although Graham seems to suggest that adult YA readers wouldn’t go anywhere near an actual adult novel, I don’t know any adult readers of YA who only read YA. I, like many of my friends, read YA for the same reasons we read literature, contemporary fiction, and nonfiction. I read to learn, to see how a character handles the circumstances they’ve been given. I read to be surprised by language and characters and to see an author writing a familiar story in a completely new and engaging way. My friends and I who read YA and children’s books are not just seeking some frothy escapism, as Graham would suggest in her piece. We’re college educated and unapologetically literary. Some are parents of teens, some work with teens, and a few are themselves writing for teens. To care about children’s and teen lit is, to me, a natural extension of caring about children and teens.

Teen books matter, children’s books matter. To read them as an adult is to see how far you’ve come since your younger days, and to understand a little better the alternately maddening and loveable young people in your own life.  There’s something satisfying about having lived through some hard things, perhaps even some of the issues faced by a YA protagonist. You might even know, with the benefit of hindsight, that some of the issues of adolescence you thought you’d licked for good are going to come up again and again, in different guises, but essentially the same. How quietly rewarding it is to understand something of transitions and to know of a few books of which you could say “hey, here, maybe this story will help.” 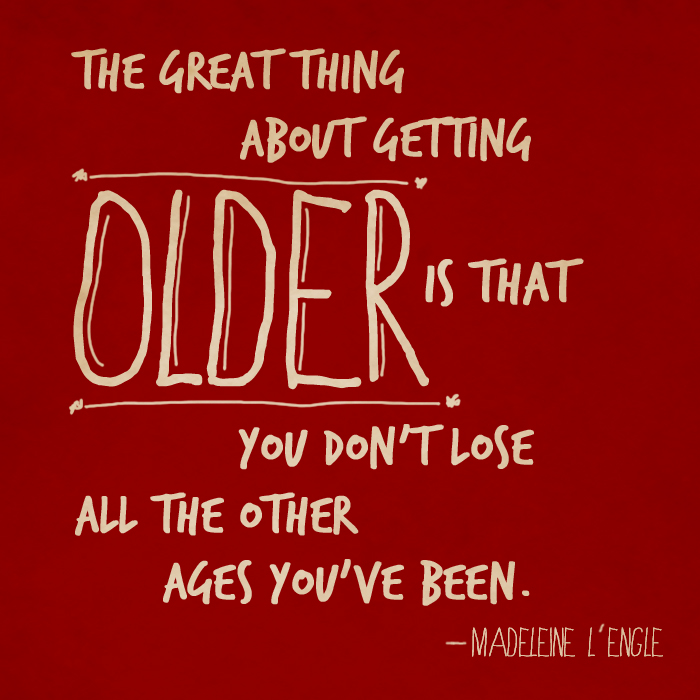 Ultimately I think the thing I resent the most about “Against YA” is the mean-spirited ageism. Right after finishing the article I went to find one of my favorite quotes by A Wrinkle in Time author Madeleine L’Engle, which is, “The great thing about getting older is that you don’t lose all the other ages you’ve been.” There are places in Graham’s article where she sounds exactly like the kind of woman who also would have told me a 13-year-old shouldn’t be reading Judith Krantz . I reject the idea that I should only read things appropriate to my age group. I rejected that idea when I was 13 and I really reject it now. Let’s all pick our reading based on enjoyment, on craft, on the beauty of the language and leave the age-shaming out of it.