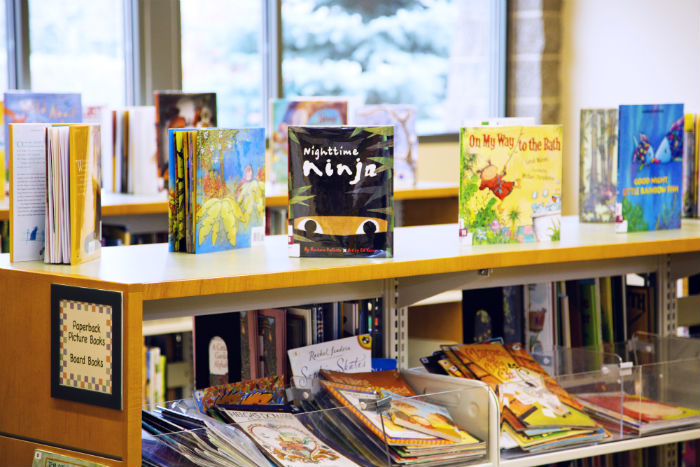 Although I am an adult (allegedly), I spend enough time working with children that it’s safe to say my personal taste is a bit more child-like than most. I love that part of my job entails digging through picture books for storytime, school visits, and other occasions.

Every once in awhile though, I come across a book that’s as amusing for adults as it is for kids. These are the ones that I eagerly show my coworkers and bring home for friends and family to read. Whether it’s the format, subject, or the author’s sense of humor, there’s just something about these titles that make them just as enjoyable (or more) for a parent as a child. 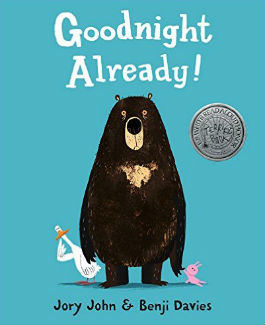 In this wordless book, a bear, rooster, and rabbit pursue a hungry fox and the chicken he abducted. A little Stockholm syndrome comes into play in this odd little book and its two sequels, Rooster’s Revenge and Fox and Hen Together, as the fox decides to spare the chicken’s life because the two of them have fallen in love.

Beware of the Frog

It’s a good thing that dear, sweet Mrs. Collywobbles has a little pet frog to protect her from the Greedy Goblin, Smelly Troll, and Giant Hungry Ogre. The twist at the end will have you wondering who’s actually looking out for the little pet frog in this darkly humorous book. 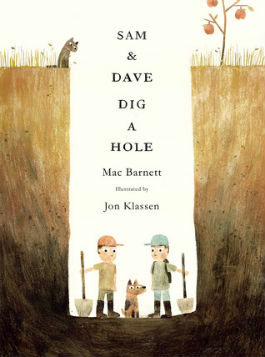 By Jory John and Benji Davies

Bear’s attempts to fall asleep are thwarted by his oblivious neighbor, Duck, who just wants to play cards, watch a movie, read books to each other, or make cookies. Jory John (author of the fantastic adult titles K is for Knifeball and All My Friends are Dead) brings a dry humor that, combined with Benji Davies expressive illustrations, makes for a hysterical read.

Sam and Dave are determined to keep digging until they find something spectacular. The combination of simple text and intricate illustrations offer a deadpan humor that graciously lets the reader (and the dog) in on the whole secret. 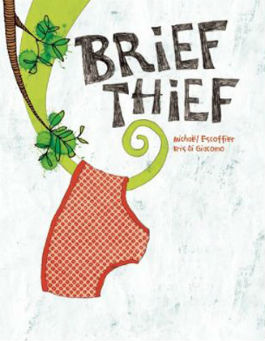 When he runs out of toilet paper, a lizard uses a pair of seemingly discarded underwear only to find his own conscience and one irritated rabbit were watching. This goofy story is truly potty humor at its best!

I Want My Hat Back

Bear’s a pretty simple guy. His hat has been stolen and he wants it back. Oh, and Bear does NOT like lying thieves. While the words are few, the dramatic illustrations help tell a detailed story in this surprisingly witty tale. If you find yourself enjoying this book, the follow-up, This is Not My Hat, swaps perspectives, telling the story of a small fish who stole a bowler hat from a much larger one. 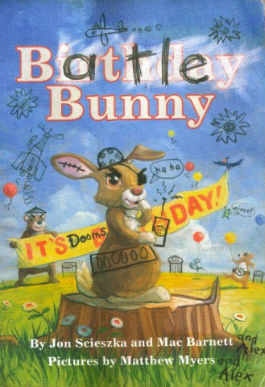 By Jack and Holman Wang

The original Star Wars trilogy is chronicled here with just 36 words and 36 images of intricately crafted needle-felted figures. Each scene is as adorable as it is illustrative of the original films. If Star Trek is more your thing though, make sure to take a look at the Star Trek Book of Opposites by David Borgenicht.

By Jon Scieszka and Mac Barnett

Alex isn’t impressed by the sappy picture book he received for this birthday, so he takes his pencils and imagination to it and quickly turns the insipid Birthday Bunny into the exciting Battle Bunny, the tale of an evil rabbit’s mission to unleash his dastardly plan upon the forest. The pencil illustrations over the original completely rework the story into a fantastically subversive narrative full of chainsaws, cannons, and anarchy.

These titles have a way of sticking with you. A couple of my coworkers have even pondered doing a storytime just for adults with all the books we’ve found over the years. Are there any children’s picture books you’ve encountered that grown-ups everywhere should hunt down on their next library visit?