3 things I learned walking across England 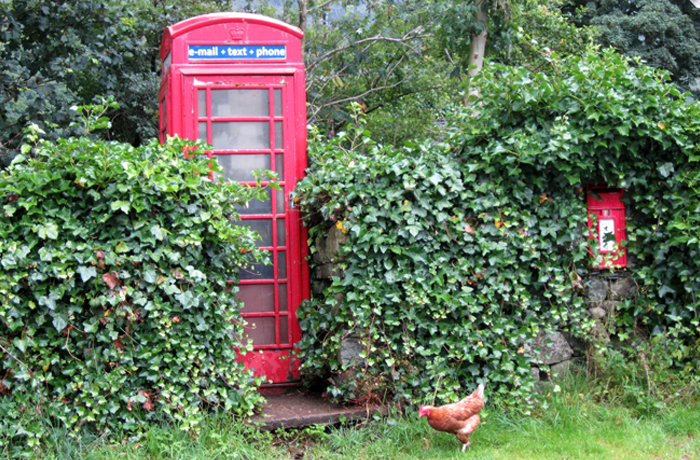 For the most part, the tour group followed the path that Alfred Wainwright described in his book A Coast to Coast Walk: St. Bees Head to Robin Hood’s Bay. We walked for 12 days, averaging about 9 miles a day. Our longest day was 12 miles, and we took two rest days. There were optional hikes and tours on our rest days, so I kept walking on those days. Fortunately, The Coast to Coast Packhorse supported us by picking up our luggage from each bed and breakfast and dropping it at the next accommodation. Every now and again, we had a bus ride to leapfrog ahead, so we could cover the 180-mile walk in just 12 days. For those hardy souls who walk the entire way in 14 days, it requires several 20-mile days.

We walked through three of England’s national parks, including the Lake District, where Beatrix Potter spent her summers as a youth and retired to run a farm; the Yorkshire Dales, where James Herriot lived and wrote about his adventures as a veterinarian; and the North York Moors, where Bram Stoker was inspired to write Dracula and the Bronte sisters lived.

For comparison, the U.S. National Park Service just turned 100 years old and its parks abound with wildlife, while National Parks UK encompass areas where all the land is privately owned. Every bit of that land is managed for the grazing of sheep and cattle, farming, mining, hunting, or growing timber. By way of conservation agreements, landowners conserve their property the way it was when the parks were formed after World War II. That means we walked across private fields, through pastures where sheep and cows grazed, along old railroad right of ways, around active mines, and across privately owned moors. We had local guides and ramblers join us along the way, sharing the history of the areas and informing us about the challenges of sustaining their way of life.

There were three things I learned on my walk across England: the importance of trust, acceptance, and how to cross a bog. 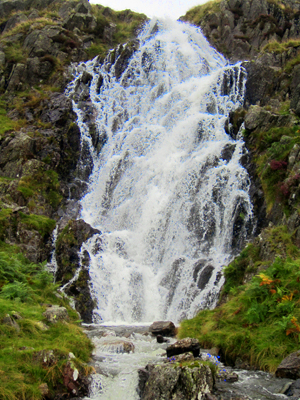 Walking through the Lake District required walking on lots of wet rocks. Waterfalls cascaded down all around us as we climbed up into the hillsides and over mountain passes. At some point, I stopped trying to step on dry rocks and just went through the water on the trail. I learned to trust my boots and equipment. I had purchased waterproof raingear, knowing it can rain in England all year long. I also learned to trust the guides. If they said we could cross a stream above a wide waterfall, then I would do it. They were also there to lend a helping hand as I leapt onto a rock and crossed over. 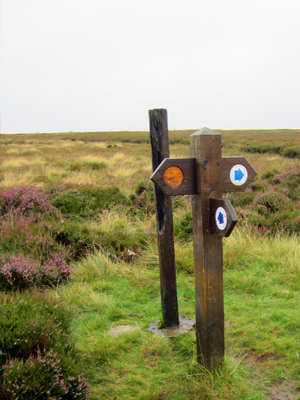 I cannot tell you how many times I heard a guide say, “It is what it is,” usually in reference to the weather. On our first day in St. Bees, one of the local ramblers was wearing a T-shirt that had a picture of the four seasons. Each season showed rain and an umbrella. If we had waited for a perfect, sunny day, we may never have made it across England. In fact, we had some very nice sunny days and the further east we walked, the sunnier the days became. However, it was still windy and our guides reminded us to pack raingear every day. In the North York Moors, where it was fair and sunny, our guide who was a local farmer used the phrase “it is what it is” several times. The trail is there to enjoy. I learned you can make the most of the journey or you can be miserable and complain. Luckily, I was with a group of people who enjoyed the walk and the scenery every bit as much as I did. 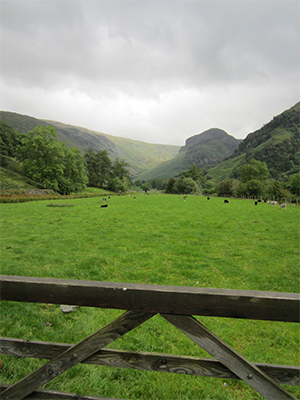 How to cross a bog

Midway through our walk, I learned how to cross a bog.

Suited up for rain with the addition of gators to keep feet dry, we headed out from the top of a hill where the Nine Standards sit on top of the ridge across the bog. Our guide for the day advised us to avoid stepping on anything bright green and to move quickly if you feel yourself sinking.

According to my guide book (which I read after the fact), a bog is a glutinous peat. It is very black mud that will swallow your boots and you too, if you don’t move quickly. Luckily for us, our guide was a volunteer with the local rescue group. He led us across the bog by stepping on reeds and grass, when possible, and offering an arm up to higher ground when needed. There were several times when I felt a boot sinking in and I shifted as quickly as I could to my other foot. My poles were absolutely useless as they just sank into the peat.

Once we got across the vast bog that covered the hillside, our tour guide regaled us with a tale of rescuing a young man who called for help, saying he was sinking in the bog. The young man was wearing a heavy pack, and by the time rescuers got to him, he was well under the bog. They laid down tarps, sent the two slightest members crawling out to put ropes around him, and then they pulled him out. Now when I hear the phrase, “Don’t get bogged down in the details,” I have a whole new understanding of what that means. 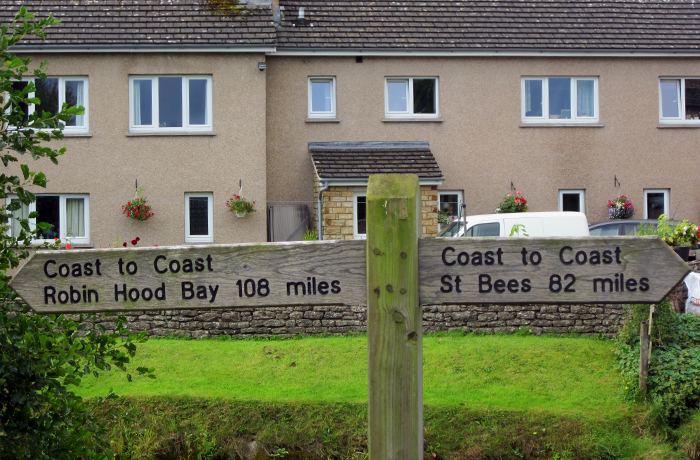 If this walk sounds appealing to you, be sure to read Wainwright’s guidebook A Coast to Coast Walk: St. Bees Head to Robin Hood’s Bay, or look for a description of the tour on the Sierra Club International Outings webpage. I highly recommend this adventure to anyone who loves the outdoors and is inspired by history. 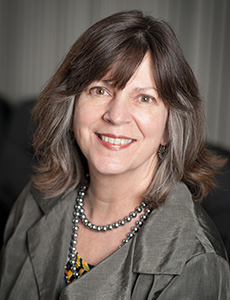 Nancy Ledeboer is the Executive Director of the Spokane County Library District. She has worked in public libraries in California, Nevada, Arizona, and Washington for most of her career, spanning over 30 years. She believes in the power of the public library to engage minds, enrich lives, and build strong communities. When not working she enjoys spending time with grandchildren, hiking, quilting, and reading. Her favorite book is usually the one she is reading at the moment.