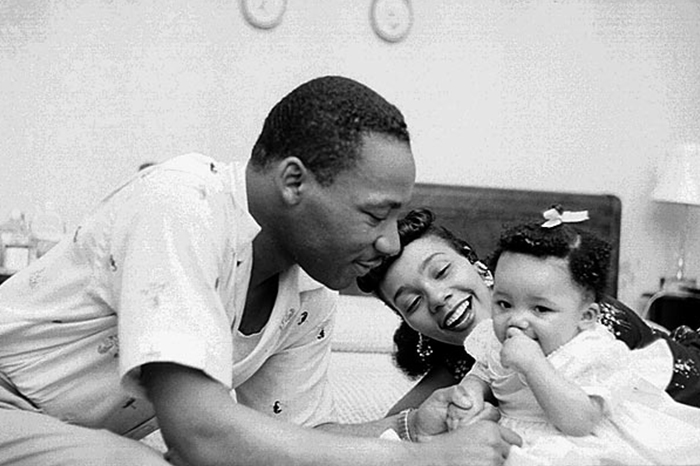 Black History Month, or National African American History Month, is celebrated in the United States during the month of February. While the holiday is sometimes criticized for reducing the history of an entire race to just one month, it can also be a useful time to recognize and honor black achievements throughout American history. Here are a handful of recent titles perfect for sharing from Martin Luther King Jr. Day forward: 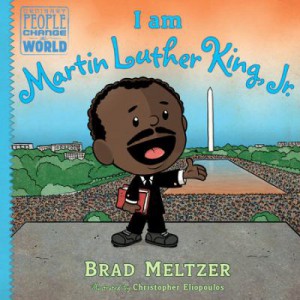 I Am Martin Luther King Jr.

I Am Martin Luther King Jr. is Brad Meltzer’s latest entry in his highly engaging Ordinary People Change the World series. As in his previous books, historian Meltzer makes extraordinary individuals instantly relatable as he shows how ordinary people take a stand, become activists, and shape history. The childlike, big-headed illustrations by Christopher Eliopoulos go a long way in making Dr. King a friendly figure to young readers. Meltzer’s text shows how King grew up in a segregated world but used rich language and nonviolence to inspire the Civil Rights Movement. 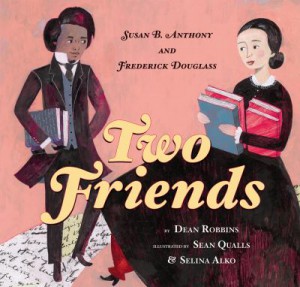 By Dean Robbins; Illustrated by Sean Qualls and Selina Alko

Two Friends: Susan B. Anthony and Frederick Douglass imagines what an afternoon of tea and conversation might have been like for these two, real-life friends and equal rights advocates. The narrative shows the two discussing their hopes for future equality for all; while the folk art-inspired illustrations, which depict Douglass with a book and Anthony wearing bloomers (both considered scandalous in their time), show how revolutionary each figure truly was. Even the backgrounds are embellished with fragments of their words and ideas, including “Right is of no gender… truth is of no color.” 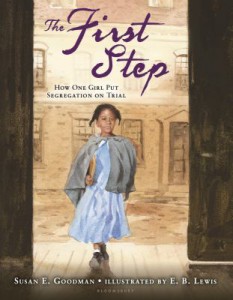 The First Step: How One Girl Put Segregation on Trial

By Susan E. Goodman; Illustrated by E. B. Lewis

The nation’s first case against segregation is highlighted in The First Step: How One Girl Put Segregation on Trial. In 1847 Boston, a four-year-old girl named Sarah Roberts was sent home from school with the admonishment that Otis School was only for whites. Wanting an equal education for their daughter, Sarah’s parents fought back in a landmark case that also saw the first time an African American lawyer argued in the Supreme Court. Although the Roberts family ultimately lost, their case was the first step in a journey toward the desegregation of Boston public schools in 1855 and national desegregation with the Brown v. Board of Education case nearly a century later. Author Susan Goodman introduces a likeable heroine in Sarah Roberts and capably pares down a complicated case for young readers. 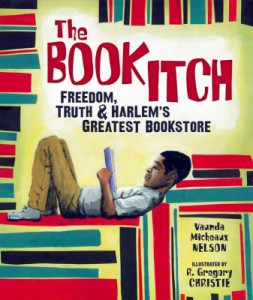 Vaunda Micheaux Nelson initially told the story of her great uncle Lewis Micheaux and his legendary National Memorial African Bookstore in the Coretta Scott King honor book, No Crystal Stair. In The Book Itch: Freedom, Truth, & Harlem’s Greatest Bookstore, Nelson shares the bookstore’s legacy for a slightly younger crowd by introducing Lewis’s son, Lewis Micheaux Jr. She shows through his eyes both the important people who visited the store (including Muhammad Ali and Malcolm X) and the power of a local business in creating a sense of community. Bold, expressive illustrations by R. Gregory Christie bring both the bookshop and its mid-century heydey to life. 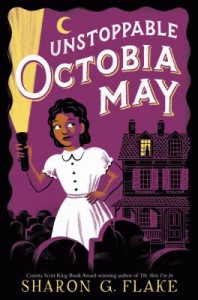 Although it’s a fiction title, Unstoppable Octobia May merits a mention here as it’s set in a 1953 southern community where World War II has been won, but the everyday battle for equality is still being waged. Ten-year-old Octobia goes to live in her aunt’s boarding house, where she becomes obsessed with whether or not one of the boarders is a vampire. Believing that “freedom is as big as the moon for a colored gal who ain’t afraid of nothing,” Octobia sets out to solve the mystery in spite of considerable risks given her time and place in history. Readers will cheer on plucky, quick-witted Octobia while being immersed in the reality of pre-Civil Rights era America.