A Conversation with Jennifer Pharr Davis 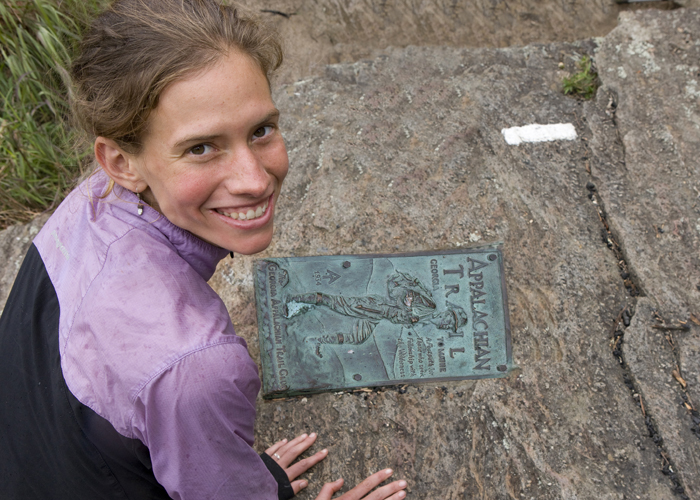 After reading Called Again, I was really eager to have a conversation with the author, Jennifer Pharr Davis. I caught up with Jennifer by phone as she, her husband Brew, and 20-month-old daughter, travel all 50 states on a book tour, and hike whenever they can.

You set off on your first Appalachian Trail hike as a recent college graduate.  What led to that decision?

This is one of those questions that I’ve been asked a hundred times. I recently read Last Child In the Woods and now I have a different answer. I didn’t grow up in a backpacking family, so a long hike wasn’t a natural fit. I realized that after finishing my formal education, I didn’t know anything about nature and very little about myself. I had an amazing education, but it wasn’t complete.

Any advice for recent college graduates?

Spending time outdoors is important for recent college grads—some might see a five month hike just out of college as socially irresponsible, but the people I met on the trail that were new college graduates are now doing amazing things. They’re not bums, they’re working. They had the time to process and prioritize their life. Many cultures have a tradition of walkabout, or solo journeys, or pilgrimages as a coming of age rite, and we don’t allow for that kind of reflection and processing.

Your husband wrote a book about hiking the A.T. with you. You were very honest about your feelings and attitudes, even on the bad days. What was it like to read about yourself through his eyes?

It was interesting; his book was taken from a blog that he wrote during the hike for friends and family. I felt like he might have sugar-coated me a little. His outlook was consistently positive.

He summed up the essence of support, not just with the logistics of supporting me. His attitude was a consistent hopeful tone, even while I was having the emotional peaks and valleys. He was a rock, not just for me but also for friends and family on the outside who were having worries—he was their rock as well.

In Called Again, you talk a little bit about some of your animal encounters, including bears and snakes, and one pretty comical encounter with a bear who seemed more annoyed to see you than anything else. Would you tell me a little more about that?

I feel like I’ve come so far from my first hike. Before, I cried the first time I saw a snake, I was very afraid. This last time, I saw lots of different animals and the encounters were all pretty positive. I even saw some animals before they noticed me, which meant I was more aware of my surroundings. I’ve moved from feeling afraid to feeling like an animal in her natural habitat.

You wrote very honestly about wanting to have children, and thinking about that while you were on the trail.  Now that you are a mom, how has having a child changed you?

Wanting to be a mom and becoming a mom has given me a healthy perspective on the record. Making the record took years of preparation and training. But it hasn’t defined my life. I knew that for the next ten years after, that I would not be able to walk the trail as freely and unencumbered as I could then. I got to pursue my dream in a way that not everyone can.

The trail has given me time to think and process some major life transitions. The first time, I had just graduated college, the second time [when she set the women’s thru-hike record] I was newly married, and this last time I was thinking about starting a family. At times I was even thinking to myself “I get to the end, and I get a baby”. I’ve always said that the trail is the cheapest therapist.

One of the things I love about the trail is that you can hike it as physical challenge, or just visit as an outing or as a family day hike.

And does your daughter enjoy the outdoors as much as you and your husband?

I gave birth to a naturalist! We definitely stop to look at every leaf, every rock, and we are not walking at a fast pace.

You also talk about your faith and how that sustained you during the hard parts.

My faith was a large part of my journey. It gave me something larger to focus on and keep putting one foot in front of the other. Looking to my faith, and looking to my husband kept me going on the trail. I’ve become more open-minded and self-confident on the trail, and my faith has also been strengthened. I don’t include those things to be a Christian writer, but because that was my experience. I’m glad I wrote everything down soon after it happened. If I’d waited, the authenticity would have been lost.

What advice would you give to those hoping to gear up for longer hikes?

You don’t have to take a huge leap—it’s okay to stay in your comfort zone, building gradually, maybe spending a night outdoors before trying a week. Local hiking groups are a wonderful resource. 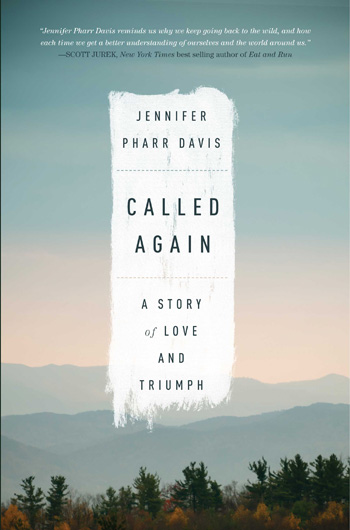 Jennifer Pharr Davis will be reading from her book Called Again: a story of love and triumph at the Moran Prairie Library.

Books will be available to be purchased and signed. See you there!