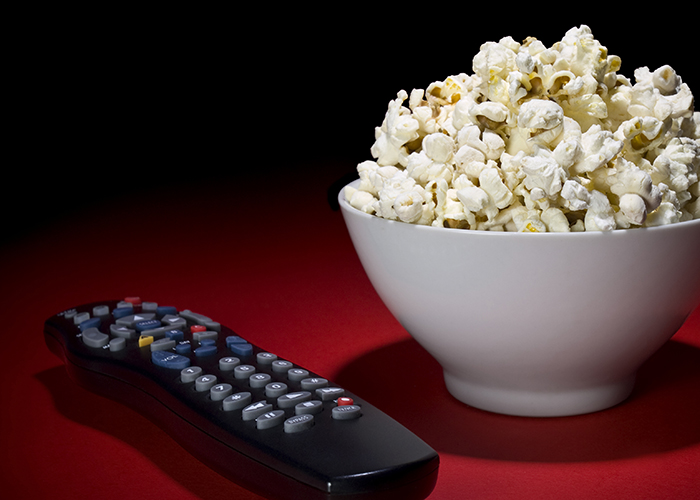 At the risk of outing myself as a terrible person, I must admit that Christmas is not my favorite time of year. Maybe it’s leftover dread from years of being in retail, maybe it’s because I’m super selfish and never got around to having kids (because I hear the holidays are a lot more fun with kids). Whatever the reason, the minute people start breaking out the red and green, I start breaking out in metaphorical hives.

Therefore, it goes without saying, I don’t like a lot of Christmas movies either. There are a lot of heartwarming, enjoyable, wholesome holiday movies out there, and I don’t mean to malign anybody else’s seasonal entertainment, but it’s not my thing. In fact, such movies stress me out. I will never be a Hallmark Hall of Fame heroine. I tend to prefer my holiday fare bleak, slightly mean, realistic, spooky, and boozy. In fact, I really like holiday movies in which the holiday is almost incidental, but acts as a lens through which to view family dynamics, romance, and so on. So if you, like me, enjoy a little cynicism alongside your seasonal cinema, check out a few of these “holiday” films:

Denis Leary takes Judy Davis and Kevin Spacey hostage on Christmas Eve. Davis and Spacey are THAT couple. She’s wearing some kind of condescending Santa Lucia get up and he’s a ball of seething hatred under a veneer of affability. The bickering is choice. But Glynis Johns and Christine Baransky are also especially good as the grandmother and daughter-in-law. There’s a scene where the grandmother opens her present from the entire family—a sad little pair of gloves—and she reads off everyone’s name on the tag while “thanking” them. The disappointed/judgy look on her face is just genius. I could watch that scene alone on an endless loop and my Christmas would be complete. 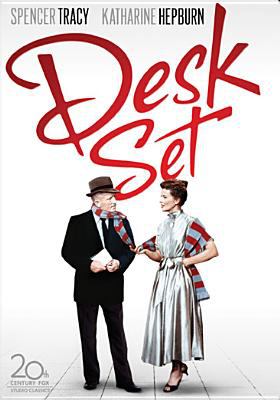 Katharine Hepburn is a television network librarian who works in a fancy high rise and has the right answer for every question. When the powers that be install both efficiency expert Spencer Tracy and a computer the size of a minivan in her department, she is none too happy about it. I love the fact that this movie is about working adults (most of them middle-aged!) and our still-timely concerns about being replaced by technology. The costumes are outstanding, Joan Blondell is the quintessential workplace buddy, and there’s a lovely holiday party scene where Hepburn and Tracy enjoy some champagne together on the mezzanine level of the research department. Fizzy and smart.

If you’re in the mood for an epic workplace-holiday-party double header, consider pairing Desk Set with The Apartment. Jack Lemmon is an ambitious young office drone who’s hoping to curry favor with the bosses by letting them use his apartment for “entertaining.” Shirley MacLaine is the charming elevator operator/love interest who, incidentally, is mistress to married executive Fred MacMurray (doing his best prototypical Don Draper). This might sound like an awful choice for a holiday movie, but hear me out—Billy Wilder’s cynical little tale builds to a head during the office Christmas party, but the melancholy aftermath (in which two lonely and somewhat innocent souls find one another) is where the magic really lies. 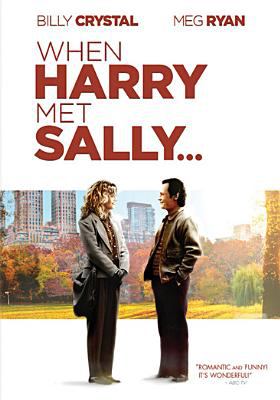 Although the film takes place over a period of about twelve years, it’s the scene where Sally lugs her Christmas tree down the street and Harry tries to apologize by singing “Call Me” to her answering machine, that make this the perfect Christmas movie. Who hasn’t almost ruined the holidays by getting in a big stupid fight and/or hiding their real feelings? And who can’t admire some truly amazing, late ‘80s hair and sweaters? A lovely Harry Connick, Jr. soundtrack and Nora Ephron’s witty script make this movie a fantastic way to spend an evening.

Edward Scissorhands (1990) or The Nightmare Before Christmas (1993)

If you, like me, have always liked Halloween better than Christmas anyway, you can’t go wrong with a little Tim Burton. Edward Scissorhands is bookended by scenes where an elderly Winona Ryder explains to her granddaughter where snow comes from, and this movie features elaborate evergreen topiary, kindness to strangers, and the putting up of Christmas decorations. The Nightmare Before Christmas is a similarly excellent choice, not only because it’s got Santa and presents and so on, but it also makes an outstanding sing-along. Top off your egg nog, sing along with Jack Skellington to “What’s This” and see if this isn’t your new favorite family holiday movie. 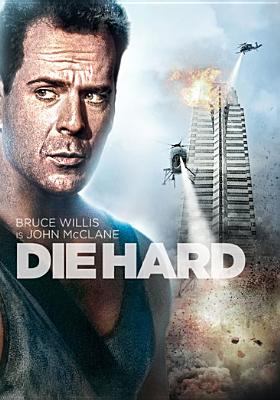 Yes, Die Hard. In this case, the holiday party is at the beginning of the film, with Bruce Willis hoping to reconcile with his estranged wife. But romance takes a back seat to action, when Alan Rickman (!!!) and his disciples of bad-guy-dom show up, and it’s up to Willis to save the day with bravado, explosives, and a few well-placed “Yippy-Ki-Yays…” Watch this, and maybe follow it up with a semi-binge of old Moonlighting episodes.

Back in the day, I almost didn’t go see this. “I am too old for kiddie movies,” I fumed, my giant mane of Lea Thompson hair quivering in indignation. Somehow, I was forced to go, and I’m glad I did, because I learned that Gremlins is not really for kids, and it’s as smartly funny as it is bleak-hearted. Exotic pets don’t make great Christmas presents, especially when you can’t expose them to light, you can’t get them wet, and you can’t feed them after midnight. Ignore those conditions and stuff gets ugly, fast. There is also great small town ambience (right up there with Bedford Falls), and the best chimney story EVER.

I love this movie more and more each year. But it’s not the bit about Clarence the Angel, or sentimental thoughts about how you never know how many lives you’ve touched, or even the scene where Mary somehow magically turns a decrepit old house into a honeymoon hideaway that makes me like it. What hits home for me is George Bailey’s affecting, quasi-comic mix of frustration and longing, how Jimmy Stewart gets us to sympathize with him even as he’s yelling at his kids on Christmas Eve. There are so many great moments and everyone has their favorites, but I personally love the scene where Clarence tells George that without him, Mary has become that ghastly spectacle, a spinster librarian (quelle horreur!) 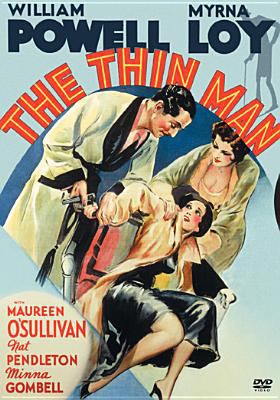 Nick (William Powell) and Nora Charles (Myrna Loy) are the kind of mildly inebriated couple every mildly inebriated couple wants to be. Based on the novel by Dashiell Hammett, this Thin Man is more froth than grit, with critic Roger Ebert pointing out that it’s “essentially a drawing-room comedy with dead bodies.” Of course there’s a murder to be solved and thugs to be dealt with, but there are also martinis to be imbibed and Christmas presents to unwrap. Powell and Loy are delightful together, and their loyal terrier Asta is one of cinema’s greatest canines.

While neither Wes Anderson film is ostensibly about Christmas, these are both distinctly Christmassy in both mood and theme. Both films feature references to Bill Melendez’s A Charlie Brown Christmas, from the visual sight gag of Max Fischer (Jason Schwartzmann) carrying a sad little plant reminiscent of Charlie Brown’s sad little tree in Rushmore to the melancholy refrain of “Christmastime is Here” in The Royal Tenenbaums. Rushmore takes place from September through December and there are so many wonderfully understated Christmas moments towards the end, from the old school Christmas lights in Max’s dad’s barber shop to the merit pin gift exchange between Max and Blume (Bill Murray). In The Royal Tenenbaums, it’s the wintry city skies, and the emphasis on an entire family being all together again under one roof, and how we each navigate our own tangle of love, obligation, independence, and forgiveness.

Some honorable mentions from my colleagues include Jingle All the Way, Scrooged, and Love Actually (which there are several drinking games for). What are some of your favorite non-holiday holiday movies? Share them in the comments!