Consent Matters: Talking about the importance of “Yes” 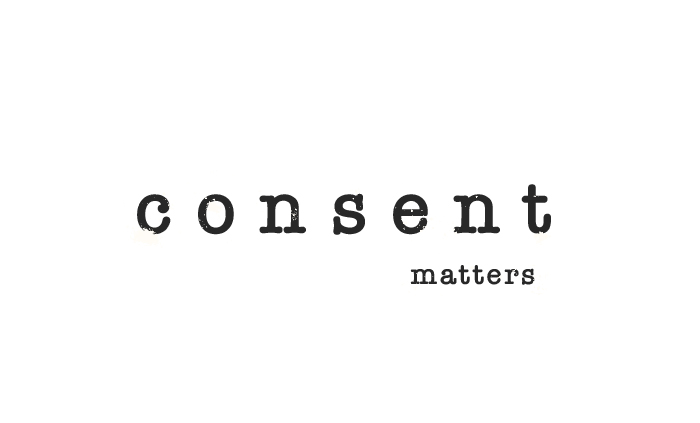 If the media is telling us anything these days, it’s that consent continues to be a hot-button topic. With new allegations of sexual harassment in politics, entertainment, and the arts hitting the news almost daily and the ongoing issue of date rape on college campuses, it seems more important than ever to talk about what consent is and isn’t.

There can be a lot of confusion, for some, when it comes to the intersection of friendship, flirting, romance, and desire. In fact, the Dear Sugars podcast just did two fantastic episodes (listen here and here) about the complexity and nuance of consent. It’s clear that not only is it complicated for adults to sort out but it’s vitally important to understand consent so we can talk to tweens and teens in our lives to prepare them for dating, college, and work life in the years to come.

In collaboration with Lutheran Community Services Northwest (LCSNW), the Library District is hosting “Consent: It’s As Simple As Tea,” a workshop for parents, counselors, teachers, and other adults who work with teens that introduces the issue of consent and explores ways to discuss it with young people. The event is named for the short video “Consent: As Easy As Tea,” which we’ll be showing along with “Who Are You?” a film from New Zealand about bystander accountability. Both films are useful conversation starters as the first explores sexual consent in a non-threatening, even humorous way, and the second takes a more serious look at sexual assault in social situations.

Consent: It’s As Simple As Tea programs are offered at the following libraries:

Each session includes adult professionals who work with teens and a panel of teen volunteers who can offer real-world, age-appropriate pointers for starting—and continuing—these important conversations. Participants can participate in small group discussions and take home a useful resource list.

For the event, we’re putting together a booklist, and here are several impressive new titles I’d like to highlight. 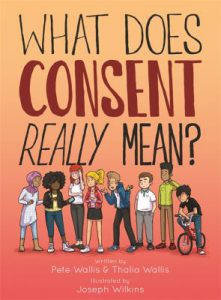 What Does Consent Really Mean? by Pete Wallis and Thalia Wallis

A timely and approachable graphic novel from the UK, this book follows a group of teens as they discuss a classmate who was sexually assaulted. Common misconceptions are explored and broken down as the teens come to a new, more compassionate understanding. I really love this book for its multicultural cast of characters and how it shows how both boys and girls are bombarded with conflicting images and information. The story is relatable and the book concludes with a list of resources and great questions for group discussion. 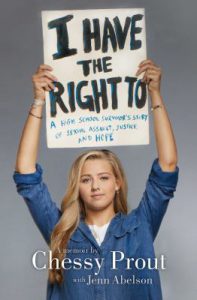 I Have the Right To: A High School Survivor’s Story of Sexual Assault, Justice, and Hope by Chessy Prout

This is the true story of Chessy Prout who was sexually assaulted by classmate Owen Labrie as part of a prep school “tradition” known as the “Senior Salute.” Prout describes the culture of St. Paul’s, an elite private school where money and social standing are everything, and how peer pressure and a desire to be accepted led her to follow Labrie to the roof of one of St. Paul’s buildings. Prout recounts the aftermath of the assault, including both the crushing self-doubt and cyberbullying she endured, and the criminal trial that followed. Prout offers a story of not only resilience but empowerment as she works toward sexual assault prevention and victim advocacy. 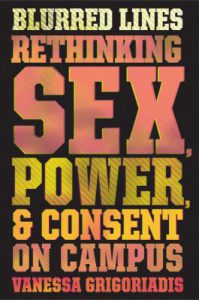 Three years of research involving dozens of case reports and interviews with more than 200 students, administrators, and experts became this book. Grigoriades, a contributing editor for The New York Times and Vanity Fair, finds that the most common type of sexual assault on college campuses today is “incapacitated rape,” in which the victim is too intoxicated to give consent, much less leave a dangerous situation. She describes the environment of many fraternities being one of “free-flowing alcohol and misogyny” and how many young men leave for college never questioning their attitudes of entitlement. Grigoriades has taken some flak for pointing out how young women must be responsible for their own safety, but her view into the reality of dating and socializing on college campuses today is an eye-opening one and very much worth the read.