Launching a creative endeavor or a new business usually requires money. Traditionally, acquiring such funding has meant the need for taking out a loan, finding an investor, borrowing from friends or family, or spending your own hard-earned nest egg. In recent years, we’ve seen yet another option emerge. It is one that depends less upon big sums of cash from a small number of sources, and instead upon small contributions from a much larger group of individual supporters.

In less boring terms? You go online and ask a whole lot of people to each give you a little bit of money. The idea, called crowdfunding, allows people to generate the money they need to publish their book, start a business, launch a product, record an album, fund their video game, whatever endeavor they need money for and think others might be willing to support. Kickstarter is the most popular crowdfunding platform, and a number of people from Spokane County have successfully used Kickstarter to raise money for their projects.

Local graphic designer and comics artist Manny Trembley has funded several graphic novels on Kickstarter, and was kind enough to answer a few of my questions and provide some helpful advice for others interested in crowdfunding their own creative endeavors.

Tell us a little about yourself and FishTank Books.

My name is Manny Trembley and I am a graphic designer living in Spokane with my wife and kids. I publish my own graphic novels through my publishing brand called FishTank Books. I created FishTank Books as a brand to hold all my creative ideas. I produce books that are predominantly all-ages appropriate. I like to make books for my little boys to read as they grow up. Part of my goal is to create a library of books on our shelves for my kids. 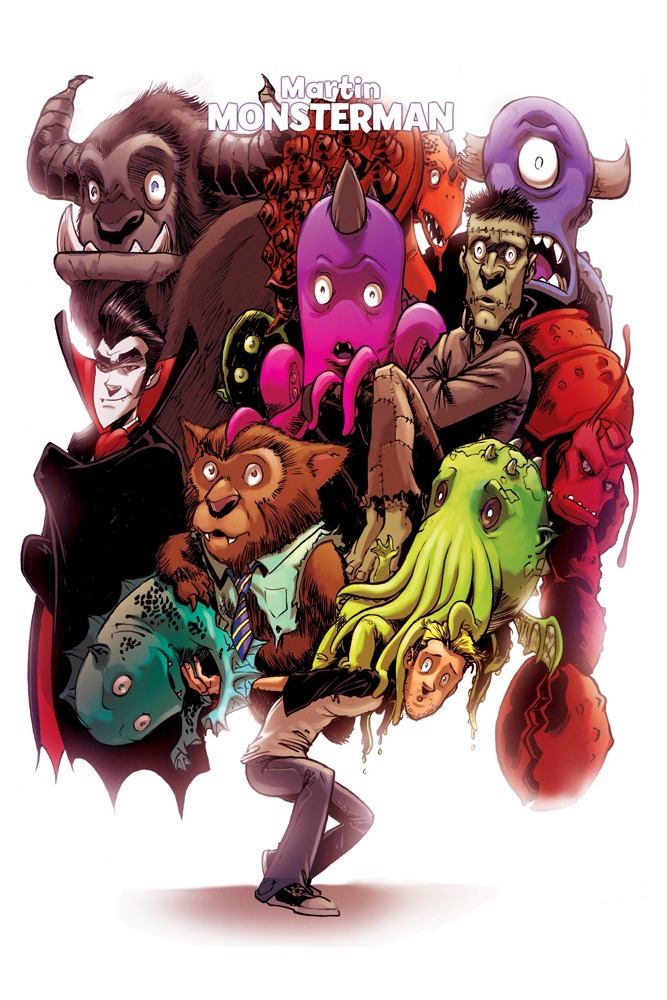 So far, you’ve had three books successfully funded on Kickstarter. Any advice you’d offer to artists or writers interested in starting Kickstarter projects of their own?

In my experience, Kickstarter is a place for people to ask for help to publish books that are personal to them or might be slightly outside “normal” publishing parameters. I think it is important to ask for what you need as opposed to what you want. Sure, it’d be sweet to make $100,000, but it’s not realistic and probably, unless you’re making a video game, you don’t need that money. If you do create a wildly successful campaign then you’d better give back to your backers.

Make a project based on what you want to see or make. Don’t try to find that “money-making niche” out there and try to fill it. Kickstarter backers can smell people who are after money. They want transparency and humility. Honest talk goes a long way.

Why did you decide to crowdfund and self-publish your books rather than going with a traditional publisher?

I was talked into crowdfunding by a friend who was aware of it before me. The biggest reason I went that direction was due to my projects not quite sitting in the traditional publishing arena – my work is not totally superhero comics or adult enough. Kickstarter is a relatively low entry point to self-publishing if you’re willing to work hard and be passionate. If someone is looking for a quick buck, Kickstarter and this type of crowdfunding is not for them.

You recently started a Patreon to support your comic strip Good Knight Dragon. How does Patreon differ from Kickstarter, and why in this case did you think it was the better choice?

Like the days of yore, Patreon allows people to become patrons of the arts. Our culture doesn’t seem to do much with patronage, financially supporting the artist in his or her endeavors. Patreon is a format that allows fans to support the artist on their journey. The defining difference is that Patreon is ongoing as long as you the supporter want to support your favorite artist. Kickstarter is based on a project-by-project basis.

I chose Patreon to allow people to support me on my journey to make art. I chose Good Knight Dragon because it is a comic strip, in the vein of Calvin and Hobbes, Peanuts, etc. Therefore people can support me as I build the audience for my ongoing comic strip. The strip just happens to be on the web. Once I have a year of collected strips I will then turn to Kickstarter to fund the printing of Good Knight Dragon Volume 1. I intend to use both platforms in tandem, not in isolation. 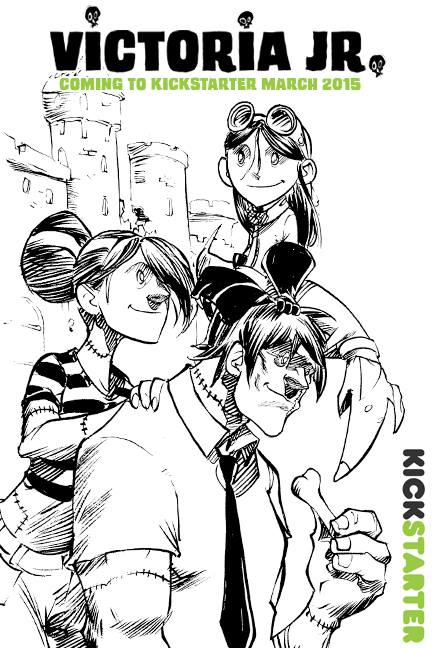 You have a Kickstarter campaign for another book that’s starting this month. What’s this one about?

My next book that will launch on Kickstarter is called Victoria Jr. It’s about the only human girl living in a world of creatures that were created by Frankenstein’s Monster. The monster took her in and named her after Victor, his creator. She was adopted into the Monster’s family. It’s a place for her to feel safe and be herself.

The book and idea was inspired by a local organization called Sally’s House. They take in kids who’ve been removed from their homes. I love what they do in providing a safe haven for children who go through trauma to have safety and protection.

I’m very excited to produce this book. I have big plans for Victoria Jr.