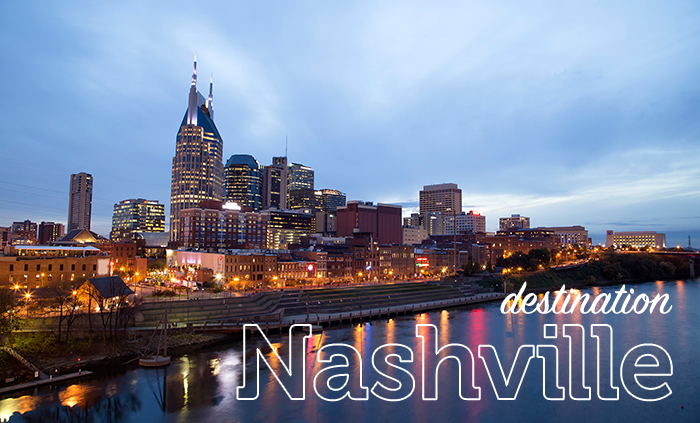 The vibrant hues of fall were just beginning to fade when I experienced Nashville for the first time this past November. The sky was a cloudless sapphire blue—a perfect time to visit before the starkness of winter. It was cold by Tennessee standards the week I was there, though thirty degrees warmer than the autumn temperatures I’m used to in the Inland Northwest.

Not being a country music fan, I had never had Nashville at the top of my list of places to visit. However, earlier in the year my son took a job in the area which shuffled a trip to Music City to the top of the list.

I was pleasantly surprised to find that Nashville is much more than a country music haven—although it is that, as well. I found an exciting, energetic city in a fast-growing area that offered a few unexpected surprises.

One of the more interesting discoveries was an exact reproduction of the Parthenon. This full-scale replica of the original Parthenon in Athens was built in 1897 as part of the Tennessee Centennial Exposition. Surrounded by a park, it is easily accessible, allowing visitors to walk in and around and marvel at the size and perfection of the many columns and details. At first, it seemed so out of place in the heartland, but as we toured around the area, there is evidence of its influence on the architecture. Many of the buildings, homes, and universities—including a fire station—echo its classic architecture with large columns (of the Doric order).

Nashville is divided by the Cumberland River. On the west side is the downtown core and most of what Nashville is known for is on that side. East Nashville is the older part of the city and is experiencing a revitalization as more of a trendy area. The east side has a similar vibe to Portland, Oregon, where older homes and businesses are being restored to coffee shops and small businesses. Beanies and fedoras greatly outnumbered cowboy hats here. Our visit was on Small Business Saturday and the area’s shops and restaurants were bustling with business.

Most people visiting the city frequent the west side where the Country Music Hall of Fame and Museum is located just a block from the honky-tonk–lined Broadway Avenue. This is where to find the country music that Nashville is known for. The party atmosphere in the air seemed to be a cross between country music meets Las Vegas with a touch of Bourbon Street. 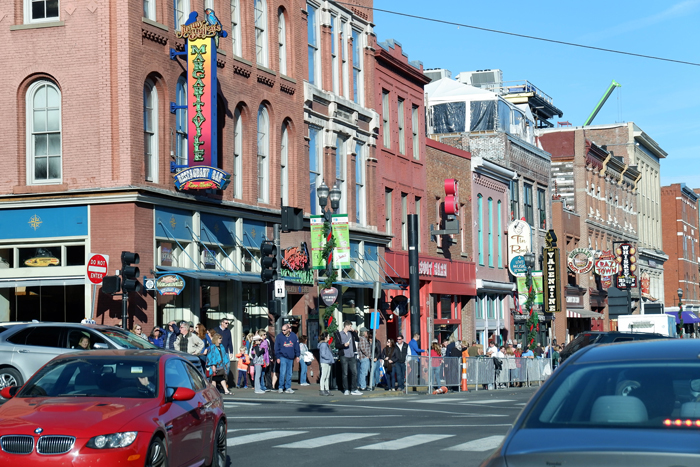 Throughout the several blocks that make up Honky Tonk Highway was a sprinkling of boot stores and souvenir shops bursting at their seams. The live musicians at the many establishments, while mostly playing country music, included musical tastes for almost everyone. If you didn’t like what you heard on the first floor of a bar, you could often find another band on the second floor. Music City also lived up to its name with street performers playing for tips on every corner, including a young woman who played the fiddle while tap dancing, a group of boys pounding amazing rhythms on buckets and cans, and a lonely saxophone saturating an alley with the blues.
2 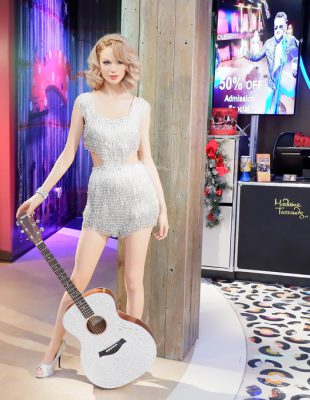 Nashville is so much more than honky-tonks. Along with being the state capital, it is the home of Vanderbilt, Belmont, and Tennessee State Universities. The Tennessee Titans football stadium sits on the east bank of the river, and the Nashville Predators ice arena is a short walk from the Country Music Hall of Fame.

Just east of the city is the Grand Old Opry, the Gaylord Opryland Resort, and the Opry Mills mall. This huge complex is an entertainment and shopping destination. The mall included themed restaurants and a Madame Tussauds wax museum.

While traveling in and around Nashville, I noticed lots of new construction. Huge cranes lifted materials to the tops of rising skyscrapers, businesses, and shopping malls. All proof of the claims that this is one of the fastest growing areas in the U.S.

There are many attractions and landmarks to see and things to do in the Music City that I was unable to fit into this trip that have me looking forward to my next visit. Nashville has certainly shifted from not being at the top of my destination list to being high on the list of places I want to visit again. 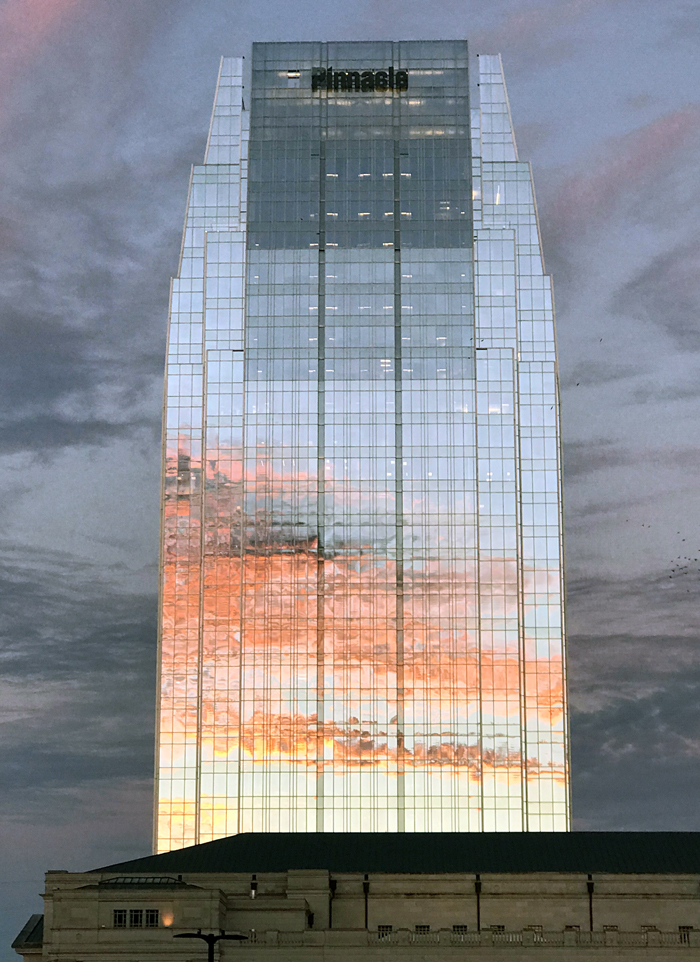