Finding Free Music Without Getting Sued 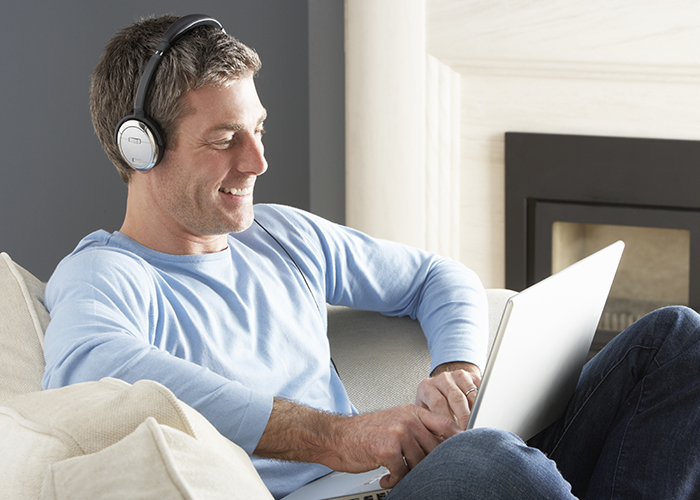 It recently made me feel old to realize that more than fifteen years had passed since the first major peer-to-peer file sharing service, Napster, was launched. Napster lasted only two years before it was shut down by court injunction, but it helped ignite almost a decade of contention between the recording industry and file-sharing music fans.

The battle sometimes turned absurd, with sensational headlines about the six-figure judgment against a single mom for sharing some two dozen songs, the twelve-year-old sued for downloading nursery songs, or the lawsuit against a deceased grandmother who never owned a computer.

The recording industry has since backed off from suing individuals in recent years. An article on The Harvard Business Review website suggests the barrage of lawsuits was just too costly to maintain, but music piracy also appears to be on the decline as new business models emerge that allow people to access music freely or cheaply while still generating revenue for the rights holders.

There are still a few contentious areas remaining within the music industry—the relatively small royalties artists receive from streaming services being one of the most heated—but it’s nonetheless a good time for music fans who want to explore new music on the cheap without the risk of illegal downloads.

One of our most popular digital services here at SCLD, Hoopla offers streaming movies, television, audiobooks, and music that our members can access for free with a valid library card.  Hoopla won’t have everything you might ever want to listen to, but there are albums from well-known artists in every major genre, from Billie Holiday to Nirvana to Snoop Dogg.

With Hoopla, you can borrow up to ten items a month, and once borrowed, music albums are available for seven days. Hoopla works on Windows and Mac computers (and some users have reportedly gotten Hoopla to work on Ubuntu also), as well as a range of mobile devices with free apps for iOS and Android. Hoopla recently released an app for Kindle as well, but it’s currently compatible only with Kindle Fire HDX tablets.

You also need to have an Internet connection to browse and stream music, but the mobile apps allow you to temporarily download music titles for offline listening.  And you do need a county resident library card. The reciprocal borrowing card we provide to Spokane city residents unfortunately doesn’t work with our online resources.

In addition to Hoopla, there are also a number of so-called freemium services on the web that also allow you to stream music online. These services are called freemium because they offer two kinds of accounts: a free account that usually requires you to listen to ads between songs and may come with some additional limitations on use; and a premium service that requires a monthly subscription but provides an ad-free experience and other perks.

Time magazine has a decent recent summary of the various streaming music services available, but here are my two favorites:

Pandora Radio is one of the more established freemium streaming services, having been launched back in 2000. Based on something called the Music Genome Project, an initiative to categorize songs based on some 400 distinct attributes, Pandora allows you to search for a track or artist and then listen to a custom “radio station” of selections with similar attributes.

You can fine tune the selections on your station by using the thumbs up or thumbs down to indicate whether you like a particular track. And although the exhaustive list of attributes Pandora uses is something of a trade secret, you can get a hint of why a song was selected by clicking on “Why was this song selected?”

You can’t listen to any particular track on demand because of the way their licensing works, but you’ll likely end up hearing a lot of music you’ve never listened to before, and all of the songs should share at least some “musical DNA” with whatever track or artist you selected.

There are some social options with Pandora, too, but you can also change your account settings to keep your listening habits private so that no one need ever know, say, about your embarrassing love for 90s skate punk. So, yeah, there’s that about me.

But if you register for a free account, you’re welcome to listen to my slightly less embarrassing alt country or indie pop inspired stations. I use inspired loosely, as you can never completely control what’s going to come up on a Pandora station. That’s part of its strength as a music recommendation service, but you do have to keep an open mind.

You may also have to exercise a bit of discretion depending on your tolerance for mature content. It’s possible in your account settings to have Pandora filter “explicit content” for you, but of course, an individual’s definition of exactly what that means may well vary from Pandora’s.

You can stream Pandora either from the web or from the mobile app, which is available for Android and iOS. You can listen all you want for free if you’re willing to endure the occasional advertisement, but there’s also a subscription version if you prefer your music ad-free.

Launched in 2008, Spotify is one of the newer freemium music streaming services. As a music recommendation engine, I don’t feel as though Spotify provides quite the diversity of recommendations that I get from Pandora, but Spotify does have one huge benefit over Pandora: With the desktop app (available for Windows or Mac) or the web player, you can play any track you want, on demand, even stream whole albums from start to finish.

I like both services, but for different reasons: if I’m on my mobile device or looking for music recommendations, I usually opt for Pandora. If I want to listen to a specific artist or album on my desktop, I opt instead for Spotify.

And you really can’t beat the selection on Spotify, which also includes a number of Inland Northwest artists. Sign up for a free account and you can even listen to local bands like Buffalo Jones, Marshall McLean Band, and Sam Platts and the Kootenai Three and performers like Cami Bradley, Jim Boyd, Karli Fairbanks, and Liz Rognes.

The free version comes with a few limits: On mobile devices, you can listen to radio stations that are based on a particular genre or artist, but tracks on demand are available only on desktop computers. You also have to listen to the occasional ad with the free version and you can’t save tracks for offline listening. The premium version lets you avoid the ads and the restrictions.

Finally, Internet Archive has a huge and completely free live music collection, with concert recordings uploaded by fans with the performers’ permission. The sound quality of the shows can vary considerably, as is often the case with live recordings, but there are some gems too.

Some of my own peculiar favorites on Internet Archive include alt country band Blitzen Trapper, indie rock duo The Evens, and anti-folk artist Kimya Dawson (fair warning, those shows may feature some adult language). There are also big collections from more mainstream artists, like Blues Traveler, John Mayer, Ryan Adams, and a massive collection of Grateful Dead shows.

And the main advantage of Internet Archive, compared to the aforementioned streaming services, is that Internet Archive provides convenient, free download links so you can save your music for offline listening. So if you don’t have Internet access at home, just pop into your local library, bring a thumb drive, and download all the live performances you want with a clear conscience.