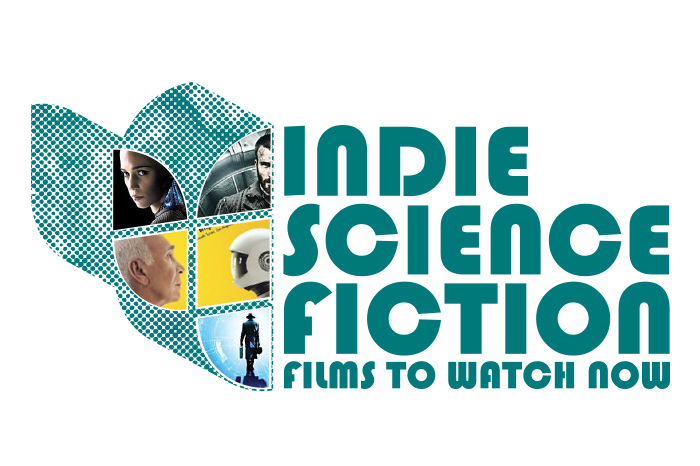 So Gods of Egypt happened.

The film, with an estimated budget of $140 million, ended up being slammed by critics and grossing a mere $14 million in box office sales its opening weekend. I feel bad for the director, who had previously managed to produce two cult classics of 90s speculative film—Dark City and The Crow—with a mere fraction of the budget.

I haven’t seen the film myself—and probably won’t after having endured the trailer—but there seems to be a syndrome of late, an epidemic of science fiction and fantasy films overwhelmed by their own drive for big-budget spectacle at the expense of quality storytelling. Yes, I’m looking at you, nasty hobbitses. 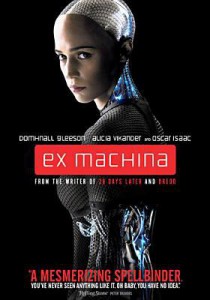 Caleb, a computer programmer at the world’s biggest search engine, wins a contest to spend a week at the remote hi-tech home of the company’s founder. But this getaway turns out to be more than a mere vacation: The genius but eccentric young founder has been laboring away on his newest invention—an artificially intelligent (and attractively female) android—and he’s recruited Caleb to put the android, Ava, through a kind of advanced Turing Test: Can Ava persuade Caleb that she possesses human-level sentience even though Caleb is fully aware that she’s an artificial machine?

The special effects in Ex Machina are seamless and polished, earning the Academy Award for best visual effects over big-budget heavy hitters like Star Wars and Mad Max. But there’s so much more here than flashy FX: understated cinematography that has been compared favorably to Kubrick’s work, a great score from veteran composer Ben Salisbury and Portishead co-founder Geoff Barrow, and, ultimately, a captivating meditation on what it means to be human. A smart, compelling film by British author and first-time director Alex Garland. 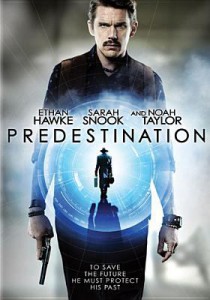 In this mind-twisting adaptation of Robert Heinlein’s story “All You Zombies,” Ethan Hawke stars as an unnamed employee for the Temporal Bureau, a shadowy agency charged with sending agents back in time to prevent future killers from carrying out their crimes. Working incognito as a bartender in a 1970 dive bar, Hawke’s character strikes up a conversation with a lonely barfly and magazine writer identified only by the nom-de-plume “The Unmarried Mother.” As the two talk, the writer’s increasingly bizarre life story is slowly revealed.

I won’t give too much more away, but if you’ve seen other time-travel paradox films like Looper, Twelve Monkeys, or La Jetée, you’ll doubtless know what to expect. Still, this is a solid entry in the genre, with a gritty, noirish atmosphere, and impressive performances by Ethan Hawke and relative newcomer Sarah Snook, who won the best actress AACTA award for her work on the film. 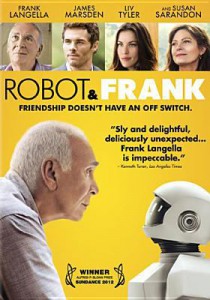 If you’ve previously dismissed science fiction as all rockets and rayguns, you might want to give this quiet arthouse dramedy a try. Set in the near future, Frank, played by Frank Langella, is a retired cat burglar who’s settled down into a comfortable life of reading and visiting the local library, where he regularly flirts with longsuffering librarian Jennifer, played by Susan Sarandon. However, it becomes apparent to Frank’s adult children that his growing forgetfulness is becoming a problem, and they procure him a robotic companion to help with his domestic needs.

Frank resents his new companion until he discovers that the robot, voiced by Peter Sarsgaard, comes with the useful combination of flexible moral programming and deft hands well-suited to lock picking. Together, the two conspire to pull off one last caper at the expense of the man threatening to digitize what’s left of the local library. Langella and Sarandon are both delightful to watch in this subtly poignant story of aging and unlikely friendships. 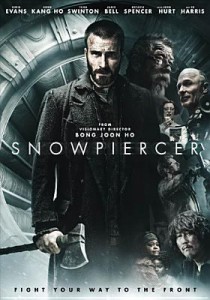 A misguided attempt to fix global warming has gone catastrophically wrong, casting the earth into a perpetual ice age, and humanity’s sole remaining survivors dwell on a futuristic train that endlessly circumnavigates the globe. The train itself is a microcosm of class structure: Toward the front of the train live progressively wealthier and more decadent inhabitants, while at the rear of the train dwells an impoverished and angry proletariat, anxious for revolution. As the latter explodes into open revolt, fighting their way through the train from caboose to engine, the cruel disparities of their locomotive world are starkly revealed.

Based on a French graphic novel and directed by South Korean filmmaker Bong Joon-ho, Snowpiercer isn’t just another SciFi film with a political subtext; it’s an unapologetic political parable, and those who hold their science-fictional media to a high standard of plausibility may find it tough to summon the suspension of disbelief that Snowpiercer requires. But what the movie lacks in believability, it makes up for in its frank honesty and the brutal affectivity of its images.