Not afraid of subtitles? 4 frightening foreign-language films to watch this Halloween 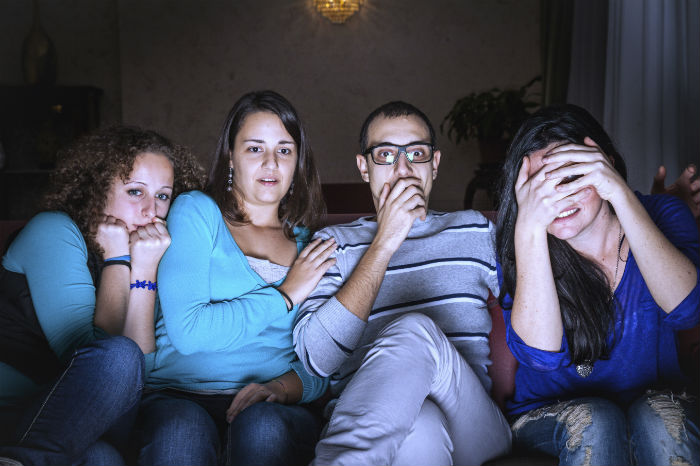 When I first realized that my favorite song from their album Back for the Attack was originally from the Nightmare on Elm Street 3 soundtrack, I promptly ran to the nearest video store, one that apparently had few qualms about letting a twelve-year-old kid rent the entire Nightmare on Elm Street series. Nor did they later object to my renting Poltergeist, or Creepshow, or Return of the Living Dead, or any number of questionable films that fed my growing obsession with horror.

I like to think that I still turned out okay. I also like to think that my taste in film has matured a little since I was a kid watching teen slashers and zombie flicks. In particular, going to school overseas, where subtitles are generally better tolerated than among American audiences, broadened my understanding of film beyond Hollywood and allowed me the chance to watch a lot of world cinema that I would have been unlikely to encounter at home.

Nonetheless, I still enjoy a good scare, and fortunately, the selection of foreign-language films available to library members on hoopla also includes some excellent horror films, just in case you’d like to get into the Halloween mood with a bit of international flair.

Let The Right One In 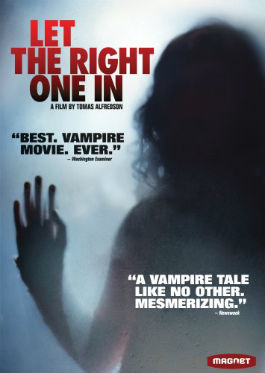 Based on the bestselling Swedish novel by John Ajvide Lindqvist, the film Let The Right One In brings a sophisticated approach to the otherwise well-worn vampire genre. Twelve-year-old Oskar is a latchkey kid in a dreary Stockholm apartment block, bullied at school, and too terrified to stand up to his tormentors. But when a strange girl who comes out only at night moves in next door, Oskar finds both a new friend and a chance for the revenge he’s craved.

Although Let the Right One In takes a more artistic and subtle approach to the vampire story than most American examples of the genre, there’s still the occasional bit of exsanguination, dismemberment, and immolation, so it may not the best choice for sensitive or younger viewers. However, art-house and horror fans alike should be able to find common ground in this film that the LA Times called “sinister but gorgeous and compelling.” 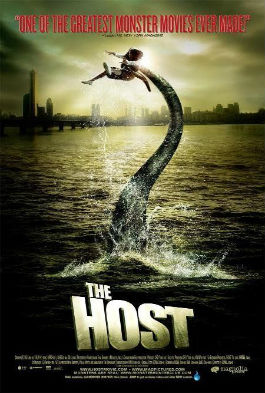 If you have fond memories of the nuclear monster movies of the 1950s like Them! or Tarantula (which, decades later, were still the closest thing to horror my childhood public library had in its collection), you might also appreciate the goofy thrills of Korean monster film The Host.

After an American mortician at a U.S. Army base orders a Korean subordinate to pour bottles of “dirty formaldehyde” down the sink, the noxious mixture travels downriver to spawn a creature of monstrous proportions in the heart of Seoul. When the creature later snatches the daughter of snack vendor Park Hee-bong, the eccentric Park family rallies to save the girl from the monster’s sewer lair.

Sure, there may well be a subtext here about American military presence abroad or some cautionary environmental message, but if there is, it’s secondary to the honest popcorn-munching fun of a giant-monster spectacle and big special effects. 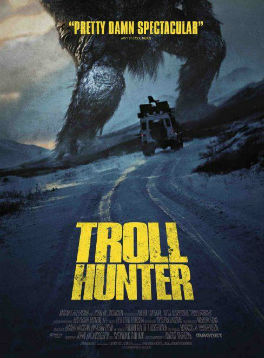 Combining shaky monster footage with Scandinavian dark humor, Trollhunter manages to be creepy and funny in equal measure. And apart from a bit of fantasy violence and a few mild swear words in the subtitles, which earned the film a PG-13 rating in the U.S., Trollhunter is fairly tame for a monster movie and might serve well as a fun introduction to world cinema for families with teen children. 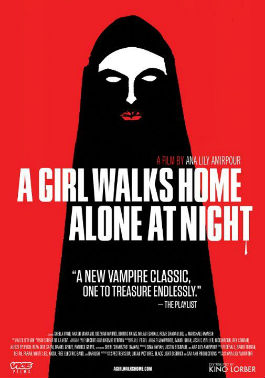 Another art-house vampire flick, the Persian film A Girl Walks Home Alone At Night is an inventive mashup that combines vampire horror and spaghetti western motifs with a thoughtfully selected international soundtrack and the graphic-novel aesthetic of Frank Miller’s Sin City (to which the name of the setting, Bad City, might be a subtle nod).

The skateboarding, chador-wearing protagonist played by Iranian-American actress Sheila Vand is the eponymous “girl.” She also happens to be a vampire and something of a vigilante, stalking bad men in the dusty streets of Bad Town in this well-balanced blend of pulpy entertainment and girl power subtext.