Judging a book by its cover 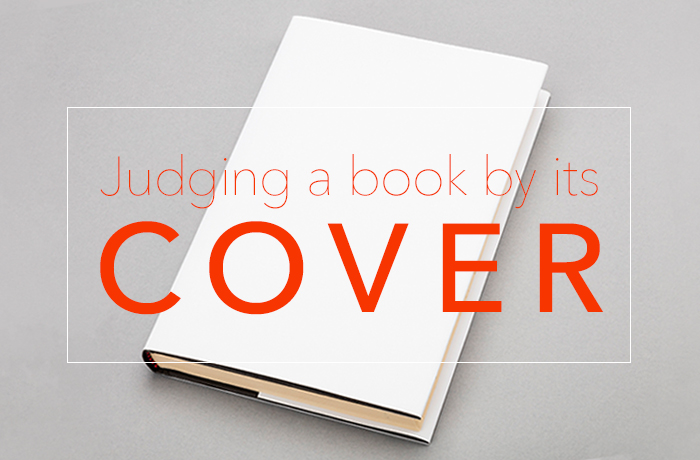 A book can be a quiet escape for those of us seeking adventure, improvement, understanding, or intrigue. We understand that by opening a book, we’re opening ourselves to a world that’s a little better understood. As a member and employee of the library, I appreciate and advocate all of these things.

But if I’m being real, as the graphic designer for the Spokane County Library District, I’m TOTALLY judging those books by their covers. And in reality, the book may never touch my fingertips if the artwork on the cover doesn’t speak to me first.

But what makes a book cover ‘speak to us’? Perhaps it’s as simple as a favorite color, a great font, or imagery that conjures up a fond memory. And while these reasons may be enough for picking up a book, it’s also based on each person’s unique and subjective opinion. How could the book cover artist ever attempt to ‘cover’ every unique viewpoint?

Fortunately, there are 7 Guiding Principles of Design that, when followed, can help create a focal point and visual interest. It isn’t necessary to use all seven at once in every design. The seven are: balance, movement, unity, repetition, proximity, contrast, and white space. When done well, using even one of these ideas can take a design from good to great and get the book off the shelf.

So, let’s look at each principle and a book cover that nailed its execution. 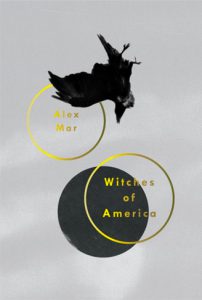 This striking book cover features an inkblot blackbird flying (or falling) straight down from the top of the book. Balancing the bird, is a heavy, black circle placed directly below it. The balance between the blackbird and the circle below it lead the eye from the flying bird to the title of the book, which overlays the circle in a delicate, illuminating gold leaf. The balance used here between like materials, as well as, heavy black and delicate gold, creates a beautiful and carefully balanced composition. I also encourage you to give it a second look as I believe there’s more here than initially meets the eye. 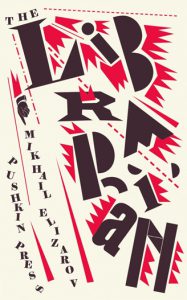 The Librarian by Mikhail Elizarov, designed by David Pearson

The cover art for The Librarian is hard to miss as it almost shouts at you as you pass by. The irony of a book called “The Librarian” shouting at passers-by, makes me chuckle, but suits the book as its name and premise has nothing to do with the traditional librarians we know and love. To read the title of this book, you use the literal movement of hashed lines drawn diagonally and across the cover, but you also follow the implied movement of the jagged, red shapes and the finger pointing to the author’s name. The movement and extreme nature of the shapes and letters on this cover contribute to its allure and reveal the unrest and turmoil that lie within its pages. 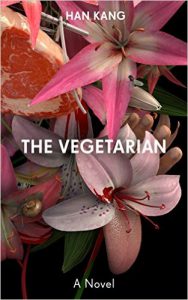 The Vegetarian by Han Kang, designed by Tom Darracott

I really love this book cover for the UK edition. The designer, Tom Darracott, used the design principle of unity. At first glance, the cover looks like a beautiful bouquet of nude and electric pink tiger lilies, but when you look closer, you’ll notice some really disturbing and disparate images—a tongue, four of five fingers, an eyeball, a slimy snail, a large fly, a marbled steak, a straw, and some sort of probe or chopsticks. It’s a beautiful cover, until you realize that the unity of colors, textures, and shapes camouflages an almost grotesque gathering of objects lending to the troubled subject of this novel. 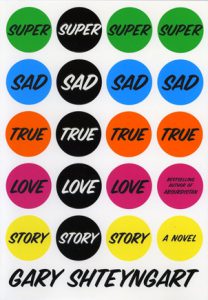 Nothing says mega-sale like lots of brightly colored stickers plastered on everything in sight. That’s exactly what I think of when I see this vibrant book cover by Rodrigo Corral. The repetitive shapes, colors, and bold hand-written font draw your attention but also depict one of the story’s main themes: mass consumerism. While the imagery itself is devoid of any emotion, the colors nod toward happy while the title literally says, “SAD.” This book cover does a great job pulling you in, while leaving you wanting more. 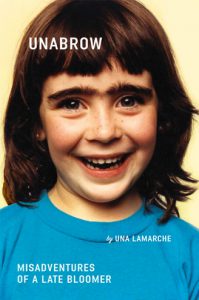 Unabrow: misadventures of a late bloomer by Una LaMarche, designed by Zoe Norvell

Proximity in design helps you create a hierarchy of elements. It’s the organization of like elements to help the viewer understand the order in which to view them. On this amusing cover, the title sits at the top of the page but directs your eye toward the delightful face of Una LaMarche as a child and her incredible unibrow. Proximity of the title’s position to the brow and the author’s name helps us make the tie between the play on the words “unibrow” and “unabrow,” the second of which includes the author’s first name. The subtitle, “misadventures of a late bloomer,” positioned at the bottom of the page, reinforces what you may have already guessed from the comical title and photo that take center stage on this cover. I dare you not to smile at this one. 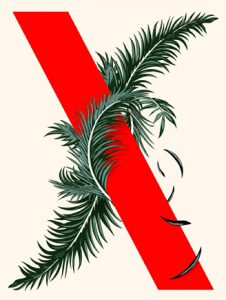 When you first hear contrast, you may think of black versus white or shadow versus light (as used in photography), but contrast can occur in different ways in design. A good example is the cover of Area X, which uses contrast in a few ways to get our attention. First, it uses the juxtaposition between the natural branches with shedding needles and artificial, hard-edged permanence of the slash. Second is the contrast between the alarming red and earth-toned, forest greens. And third, the contrast of the light background and the bold ‘X’ that stands-alone on the page enforces the focus on the image (unlike other book covers that also contain an author name and sometimes even a written review). 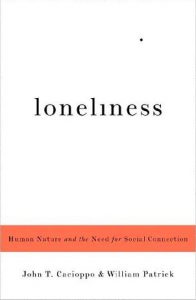 So far, I’ve focused on the images and text that make book cover art great, but an article on principles of design can’t overlook the space that is left untouched, or “white space.” This “negative space” can be as important or, sometimes, more important than the space with images and text. The book cover for Loneliness uses white space to reiterate the feeling of loneliness. With the majority of the information placed at the bottom of the cover, the title is in a humble type, alone, with lots of space between the letters, and without capitalization in the center of a large white expanse that consumes the top two-thirds of the page. And even further isolated in the white space is the dot of the ‘i’, completely alone and segregated from the rest of the title. Here, it’s the white space around that little dot and the title that speaks louder than words.

I hope you enjoyed taking this tour of book covers and design principles with me. While I won’t say, “I hope you judge a book by its cover,” I do hope the next time you’re perusing your next great read, you’ll take time to consider the cover art. It may just be the thing that gets you to the final page.