Not long ago, I was lamenting to my long-suffering partner the unfortunate decline of references in popular music to fantasy literature. Although I’m too young to remember much of it firsthand, I had imagined this glorious, idealized decade or so—let’s call it “the long 1970s”—when every van was airbrushed with a Frank Frazetta knockoff and every song on the radio was dropping allusions to hobbits and magic swords.

As far as I knew, that great era of fantasy-themed music—songs like Zeppelin’s “Ramble On,” Blue Öyster Cult’s “Black Blade,” or Black Sabbath’s “The Wizard”—was long past. I vaguely knew of a few holdouts, like Manowar or Hawkwind, still touring against all expectations, but in general, I figured, if your band was borrowing themes from Tolkien or Moorcock, you were more likely performing at sci-fi conventions than music festivals.

However, I decided to look into it anyway; when I finally emerged from the Internet rabbit hole, I had a list far longer than I had dreamed possible of post-70s bands still playing fantasy-themed music. So here are a few of my favorite bands from that list, all of whom have albums available for digital checkout through hoopla for those with a county library card.

I won’t claim that any of these are my all-time favorite bands ever, but they’re worth a listen if you’re an old-school fantasy fan tired of playing Dio on continuous loop. 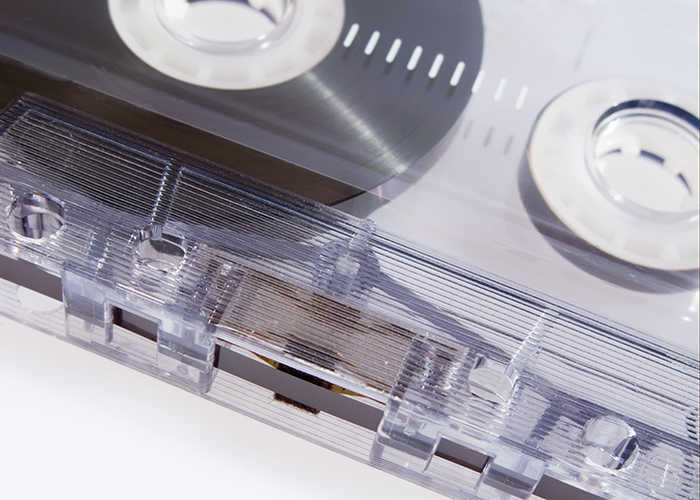 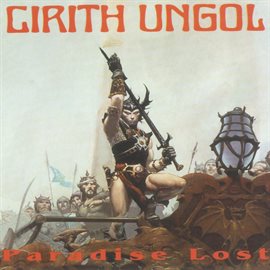 If the name of the band—a place in Tolkien’s Lord of the Rings—didn’t give it away, the cover art from Cirith Ungol’s albums, all of which are taken from Michael Moorcock’s classic sword-and-sorcery novels, certainly should.

The California-based band was actually active through the 70s, but didn’t record its first album Frost and Fire until 1980. That first album got panned by critics—rock magazine Kerrang! gave the album a “zero” rating—and the band grew too frustrated with the music industry to continue long after recording their fourth (but according to some, their best) album, Paradise Lost, in 1991.

Still, the band attained something of a cult following and proved a lasting influence on metal to come. Singer Tim Baker’s vocal theatrics, which alternate freely between gravelly snarls and high-pitched screeches, take some getting used to, but the band’s prog-rock-influenced, fantasy-fueled anthems are still worth a listen for all their cheesy, 80s metal goodness. 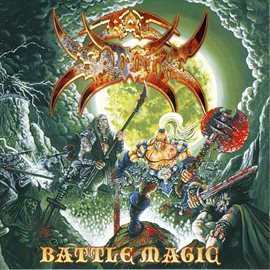 I’d forgive you if think every black metal album sounds like Cookie Monster chanting in angry monotone. I don’t hate it myself, exactly, but I can’t say it’s my favorite genre either. Still, I have to hand it to a band that not only integrates some of my favorite old-school pulp authors like Robert E. Howard or H.P. Lovecraft, but also creates within its lyrics its own elaborate fantasy mythology (which Bal-Sagoth superfans have carefully documented on the band’s Wikipedia page).

The Yorkshire band released their first album, A Black Moon Broods Over Lemuria, in 1995, and it’s admittedly a rough listen if you’re not a fan of black metal in general. But their later albums like Battle Magic, also available on hoopla, introduce the more symphonic elements and theatrical spoken-word storytelling that help distinguish them in a genre that I otherwise find a little homogeneous.

They’re definitely an acquired taste. You won’t find any singalong songs here, but if you’re okay with something that’s more akin to black metal opera or performance art, then you might be able to appreciate it for what it is. 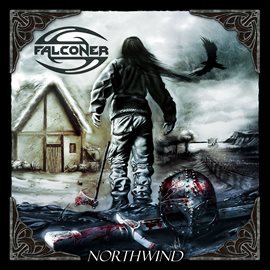 If you’re in the mood for something more melodic, however, Swedish folk metal band Falconer might fit the bill. Whereas fantasy-inspired rock largely dwindled in the the US after the 70s, it exploded in Europe in the 90s and early 2000s with bands like Germany’s Blind Guardian, Spain’s Dark Moor, France’s Fairyland, Austria’s Summoning, and Italy’s Elvenking, to name a few.

In Scandinavia, in particular, though—home of the mythology that had largely inspired the fantasy genre from the start—the mashup of metal and fantasy really exploded. Amon Amarth, Battlelore, and Iron Fire are a few of the bands with albums available on hoopla, but Sweden’s Falconer is, to me, one of the more interesting examples.

Falconer plays “power metal”—a genre generally distinguished by clean, melodic vocals, anthem-like choruses, and symphonic or choral effects. The band also integrates folk instrumentation and melodies to create something that, while still distinctively metal, has elements of the medieval.

Basically, if they had metal bands at renaissance faires, they’d sound a lot like Falconer. Check out “A Quest for the Crown” from their self-titled 2001 debut or “Lament of a Minstrel” on Chapters from a Vale Forlorn for particularly representative specimens of their lutes-and-flutes metal style. 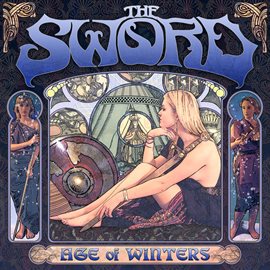 I first discovered the The Sword when I saw one of the band’s posters; its 70s-style typography and retro fantasy illustration prompted me to look them up immediately. Despite their intentionally conjuring a retro aesthetic, they’re a relatively new band, having released their debut album Age of Winters in 2006 and currently working on their fifth studio recording.

Sometimes dubbed “doom metal” or “stoner rock” by critics, The Sword’s sound has most often been compared to Black Sabbath. Bands like The Melvins, Slayer, and Iron Maiden have also been cited by band members as important influences.

Lyrically, they integrate sci-fi and fantasy inspirations throughout their work. Fantasy fans may well recognize, for example, the titles of the songs “To Take the Black” and “The Frost Giant’s Daughter”, both from the 2008 release Gods of the Earth, as references to George R.R. Martin’s and Robert E. Howard’s work respectively.

So have a listen, and you fantasy geeks feel free to leave your own recommendations in the comments below. Also, I’m was totally kidding about Dio. No one gets tired of Dio.