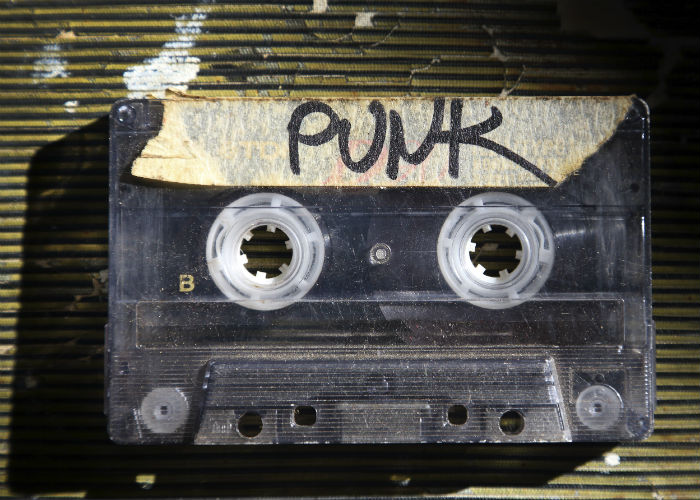 Not long ago, a young college student realized exactly how old I was and started grilling me about 1990s punk music, of which he was a particular fan. And it quickly occurred to me that he, thanks to the web, knew much more about the music of my teenage years than I did when I was actually a teenager. As a member of the last generation to have gone through adolescence without the web, I found it difficult to explain to a digital native exactly why we we’re so utterly clueless about our own musical milieu.

My friends and I were ardent music fans in high school. We even formed a band that would practice weekly, rotating through various garages and playing the occasional high-school party. But, living in suburbia, we only had the vaguest notion of what people were listening to elsewhere, our own favorites an eclectic mix of punk, alternative, and classic rock assembled through word of mouth and acquired from whatever the local strip-mall music store had in stock.

We thought we were pretty savvy about music, if only because we had nothing but our obscure corner of the sprawl to compare ourselves to. Fast forward to today, when nearly the whole history of recorded music is available online by one means or another, and suddenly, my teenage self’s knowledge of music seemed embarrassingly provincial.

But, anyway, the title of this post promised you punk music, not old man tales from the analog days of yesteryear, so here are a few of my favorite selections, spanning the history of punk from the late 70s to the early 2000s, all of which are available for members to download through hoopla.

The minimalist chord progressions of early Ramones songs were simple enough for even the most mediocre guitarist to reproduce, and for me – a fairly mediocre teen guitarist – that was part of the magic. This same simplicity, however, produced some eminently memorable songs, of which this album, their self-titled debut, is full of great examples, like “Blitzkrieg Bop” or “Beat on the Brat.”

I realize now that the Sex Pistols, for all their image of nihilism and youthful rebellion, were basically an early example of shock advertising manufactured to move albums. Regardless, they produced some great punk anthems, like “God Save the Queen” and “Anarchy in the UK,” that still hold up despite the years.

You won’t find too many female-fronted punk bands with a saxophone player, and the fact that this 1978 UK album prefigures the Riot Grrrl sound of the Pacific Northwest more than a decade later is all the more reason to give it a listen. The song “Oh Bondage Up Yours!” in particular is a classic.

This is a 2006 album, the soundtrack to the documentary by the same name, so I’m cheating a little here, but this compilation covers a whole lot of ground with a broad survey of important 80s hardcore bands like Black Flag, Circle Jerks, Cro-Mags, Minor Threat, and 7 Seconds.

Sometimes called “thesaurus rock” on account of the band’s sesquipedalian lyrics, Bad Religion has had an unusual longevity for a punk band. They’re still together some thirty-five years since they first formed in an LA high school. I find that the raw sound of How Could Hell Be Any Worse?, their first full-length album, remains my favorite.

I didn’t know until I looked it up a moment ago that the seminal hardcore band Bad Brains actually started as a jazz fusion ensemble, but it makes perfect sense. Their sound—an eclectic mix of funk, reggae, and punk—isn’t exactly easy to nail down, but this selection of their 80s recordings provides an excellent introduction.

The attempt in the 90s to combine punk with the rhythms of Jamaican ska produced some truly terrible hybrids, but Operation Ivy, one of the first bands to do so, remains a memorable exception from that decade when skank, for many young Americans, became a verb.

Before she was poking fun at Portland mores in Portlandia, Carrie Brownstein was in Olympia challenging the boys’ club of punk subculture with the all-female band Sleater-Kinney. One of the most important bands of the Riot Grrrl movement, Sleater-Kinney helped define the sound of the 90s Pacific Northwest.

Songwriter Conor Oberst is more commonly associated with folk rock outfit Bright Eyes, but his short-lived side project Desaparecidos is straight-up punk, and the band’s lyrical focus on the illusion of the American dream now seems rather prophetic given the troubled decade that followed.

Rise Against – Siren Song of the Counter Culture (2004)

The sub-genre called melodic hardcore has been around since the 80s, but for many bands with that label, melodic is an optimistic description at best. But Chicago band Rise Against often comes close, with actual melodies in their high-adrenaline songs like “Give it All” and “Life Less Frightening”.