Music and conspiracy theories: a primer 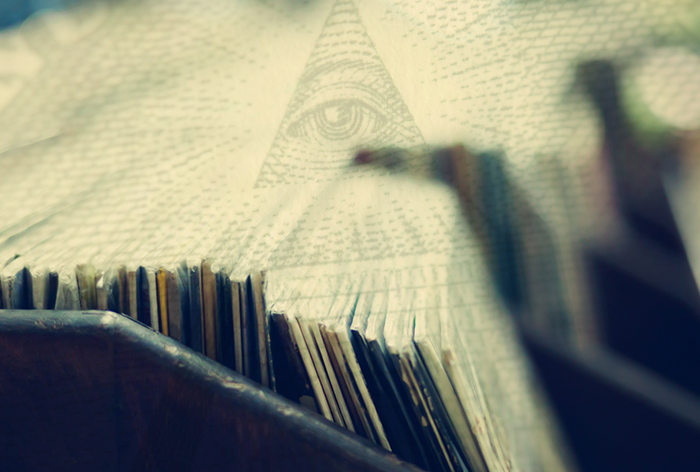 Sometime during the tail-end of the 80s, my middle-school youth group made us watch a grainy VHS documentary about the evils of contemporary music. The presenter played samples of music that, slowed down and backwards, might have sounded vaguely like blasphemous utterings. He picked apart various band names and album covers, describing their supposed occult symbolism. And he showed clips of The Exorcist as if the movie were a real-life cautionary tale: Listen to the wrong music and you’ll vomit pea soup like Linda Blair.

The irony, however, was that I hadn’t previously heard most of the bands mentioned in the film. In fact, at that age, I hadn’t yet put much thought into my musical preferences at all. But within the week, I was the proud owner of my first AC/DC album.

I don’t suppose that was the effect intended by the filmmakers or the presenter at youth group.

I later learned that dark conspiracies surrounding popular music weren’t new to the 1980s. Indeed, they weren’t even new to the twentieth century. The association of music and the otherworldly has ancient roots, manifesting even in the language we use. For example, the Latin noun carmen, meaning “song,” finds itself in the English word charm. And the Latin verb cantare, “to sing,” can be found in English words like enchantment or incantation. So, given those deep associations, it’s no surprise that musicians throughout the history of western music have at times been the subject of dark speculation.

Here are a few notable examples from the early 1800s to the present, whose music is available through the District Libraries on CD or digital download. 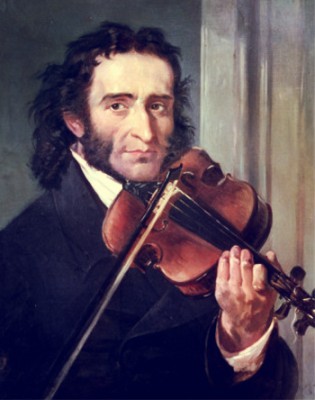 The Genoese composer Paganini rose to prominence in the early decades of the nineteenth century, not just for his virtuoso technique on the violin, but also for the theatrical showmanship and eccentric personality that gave rise to speculation about the supernatural origins of his talent.

As his contemporary Franz Liszt observed, “The excitement he created was so unusual, the magic that he practiced upon the imagination of his hearers so powerful, that they would not be satisfied with a natural explanation. Old tales of witches and ghost stories came into their minds; they attempted to explain the miracle of his playing by delving into his past, to interpret the wonder of his genius in a supernatural way; they even hinted that he had devoted his spirit to the Evil One….”

Paganini’s compositions appear on CD in a number of classical compilations in the library’s collection, but for our hoopla users, his 24 Caprices performed by Itzhak Perlman is a fine place to start. 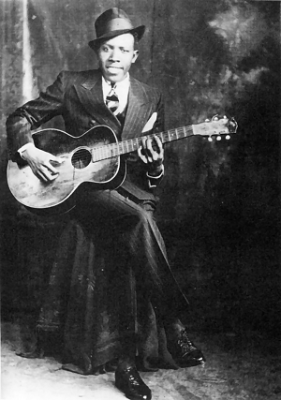 The songs of Mississippi Delta bluesman Robert Johnson are probably best known today through the cover versions that appeared in the late 60s by bands like Led Zeppelin and Cream. The actual life of the seminal 1930s musician, however, is poorly documented: the cause of his premature death at age 27 unknown and the place of his burial only guessed at. But the rumors that surrounded the itinerant guitarist are the stuff of legend and folklore.

The legend goes that Johnson, a mediocre to bad guitarist in his youth, greatly desired to become a great blues musician and managed to acquire his sudden, prodigious talent through a sort of Faustian bargain, meeting the Devil himself at the crossroads. That’s the story at least (most of which was likely created well after Johnson’s death), but the myth does give something of a spooky mystique to his songs like “Crossroads Blues” or “Hellhound on My Trail.”

Johnson recorded some 29 songs in his lifetime, but a healthy sample of his best-known recordings is available on hoopla in the compilation Crossroad Delta Blues: The Best of Robert Johnson. 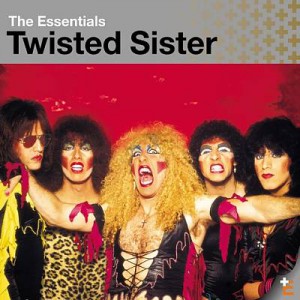 It was tough to pick just one band vilified during the Satanic Panic of the 1980s, a phenomena that saw diabolic influence in every corner of popular culture, from Dungeons & Dragons to The Smurfs. Black Sabbath, Iron Maiden, or Alice Cooper all would have made fine choices, but Twisted Sister wins my pick for no other reason than that frontman Dee Snider had the most fabulous hair of any witness at a senate committee.

In 1985, the Twisted Sister vocalist famously testified in opposition to a labeling system for music recordings that would warn parents and consumers about offensive content. Despite his unruly hair and rough appearance, Snider—a teetotaler and self-described Christian, it turns out—shocked those in attendance by being pretty much the exact opposite of the degenerate they had been led to expect. The parental advisory labels still happened, of course, but for many of us kids back then, it ended up less of a warning and more of a guide to the good stuff.

Stay Hungry, the album that launched Twisted Sister to mainstream success with the anthem “We’re Not Gonna Take It,” is available at the District Libraries on CD and online through hoopla. 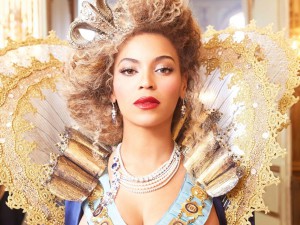 Until just recently, I had no idea that the singer of “Single Ladies” was part of a centuries-old occult conspiracy to infiltrate state governments and mastermind global politics. But it turns out that internet theorists with Twitter accounts and too much free time have scrutinized everything from Beyoncé’s hand gestures to the geometry of her stiletto heels to the name of her baby and concluded that the pop and R&B singer is a secret member of the infamous Illuminati.

Maybe the theorists are just trolling, but trust me: it’s not an internet rabbit hole you want to fall into. It’s much better to check out one of her CDs from your nearest District Library, chill out to a track like “Drunk in Love” or “Halo,” and try not to think about the sultry subliminal messages slowly turning you into a pawn of the global conspiracy.