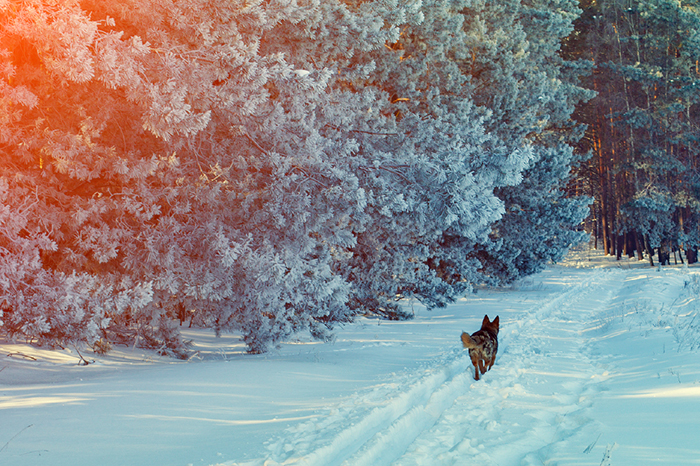 Ah, January. A month that starts with the hopeful list of resolutions for the new, improved you. Word is that half of US citizens make New Year’s resolutions with nearly 90% failing to keep those resolutions. We have the best intentions, but seem to ask too much of ourselves.

Many people I know don’t bother with resolutions, but why not? It seems natural to start each shiny New Year with a little past reflection and plans for a better upcoming year. Even if you fail, you will at least learn from the failure and gain a greater understanding of whatever you tried.

While I’m not one to write down a list of what behaviors I want to change or do to improve as a person each New Year, I do try to adopt one new thing that will impact more than one area of my life. I guess it’s like a Swiss Army Knife resolution, one thing with many functions.

It’s not my resolution, but of course the first thing that pops into the brain is the most cliché of New Year’s resolutions—lose weight! As a yo-yo dieter since birth, losing weight is one thing that has multiplied payback: better health, look better, more energy, etc. However, as I’ve aged, I’ve learned that maintaining a healthy weight deserves more effort than a once-a-year promise. For me, it’s not even a daily goal, but more of a meal-by-meal goal to just eat right (read the The One One One Diet by Rania Batayneh). Besides, I wanted my resolution to be more fun, easier, and less typical.

So it’s fitting that my resolution came to me during an atypical experience. The other day I had two back-to-back morning appointments. The first was taking my dog to the vet, and the second was an appointment with my cardiologist.

Vet appointments can be a bit unpredictable, and my pup had been referred to this veterinary surgeon by our usual vet. But on this morning the dogs skating around on the tiled floor of the waiting room were on their best behavior, exchanging only sniffs as their humans socialized over dog breeds or the news story airing on the wall-mounted TV. This pleasant shared experience, just being friendly with others in the waiting room, made some not-so-great news a little easier to deal with.

Less than two hours later at the cardiologist’s office, it was a much different scene. Other than the hushed conversation between the receptionists, the low-volume drone from a TV in the corner, and a guy growling into his cell phone about how long he had been waiting, the room was sullen and subdued. There was the same amount of people in this waiting room as the vet’s office, but that was the only similarity. Of course I don’t expect people to be chatting about their past heart procedures, but as I took a seat and noticed a good amount of dog hair on my pant leg, it occurred to me that the hearts in this waiting room, mine included, could benefit from the friendliness of the vet’s office—a little dog hair, figuratively speaking.

With all that’s going on in the world, we could all use a little more of this symbolic dog hair. Maybe if I shake some of it around, others may shake it back. And with that, my 2016 resolution comes down to four words: wag more, bark less. Okay, it’s not original, and actually the name of high-end dog treats, but there’s no better way to say it. I may never know when a kind gesture or friendly smile is exactly what someone needs at a particular moment, but I do know that it does make a difference.