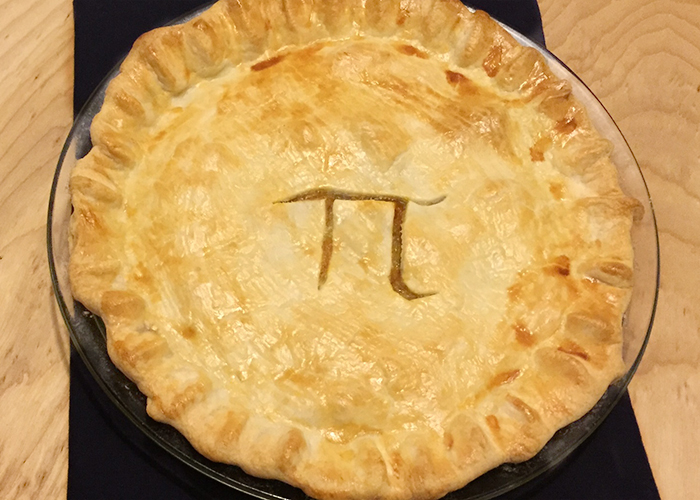 For three years in high school, I was a proud Mathlete. That means I voluntarily spent my free time studying and competing against others on how quickly I could solve math equations. Between Mathletes, Knowledge Bowl, and Chamber Orchestra, I could have easily filled the world’s geekiest letterman’s jacket if I had wanted.

But if I was a geek, then our Mathlete advisor was King Geek. And each March 14th, he would bring in pie so we could celebrate his favorite day—Pi Day. Pi Day is an annual celebration of the number , spelled out as “pi”. This number is normally estimated as 3.14, which is why March 14 (3/14) is celebrated as Pi Day.

For those who have forgotten some of their high school geometry, pi is found by dividing a circle’s circumference (the distance around the edge) to its diameter (the longest distance through the middle of the circle). While the number is usually estimated at 3.14, no one really knows the exact value. No matter how you calculate the number, it just never ends: 3.1415926535…

In honor of this upcoming event, I have approximately 3.1415 recipes to share with you. While the day might not be about pie, what better way to celebrate Pi Day than with a day of pie!

To start my pie making, I mixed up two double batches of a good basic flaky pie crust, which I ended up using for each of the recipes included (except the last one). It sounds like a lot, but the dough is really neutral, so it’s a good base for both savory and sweet recipes. It can also be made ahead of time and it stores well in the refrigerator for up to 48 hours.

For breakfast, I chose to go with a nice handheld pie. Instead of opening a cardboard box though, I dug around until I found the recipe for Brown Sugar Cinnamon Pop-Tarts from Sally’s Baking Addiction. This recipe came together very quickly, and is very easy to adapt as well. After successfully making a batch of the original, I tried it with a teaspoon of homemade blackberry jam for the filling and it was amazing! To truly honor Pi Day, you’ll want to make these round—mine were made with a 3-inch round cutter, which cuts baking time down to just about 15 minutes. 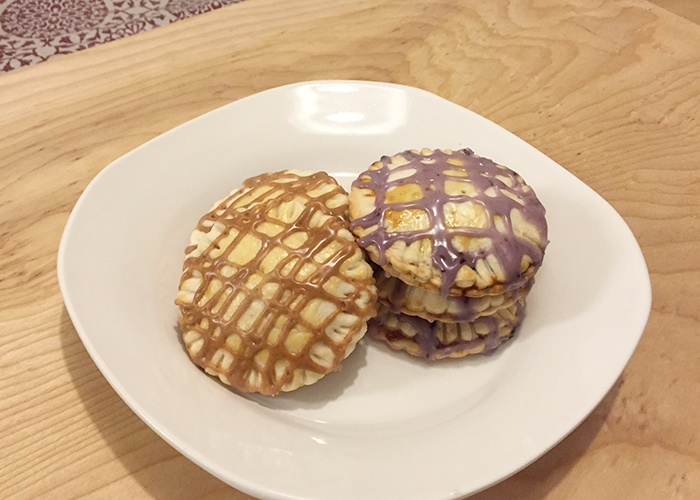 After cutting out all of those round pop-tarts, you’ll have some dough scraps left. Do not throw these away!! I gathered the scraps together and added enough extra dough so that I could roll out about a 12×9 inch rectangle of dough. Then I turned to a trusty Martha Stewart recipe for Cheese Straws. The pie crust works perfectly in place of the puff pastry. I added a little paprika to the recipe and it was just the thing to go with my tomato soup. Sadly it’s not round, but given that I used scraps and the recipe was so very simple, I think it helped me accomplish the “.1415” part of my 3.1415 recipes goal. 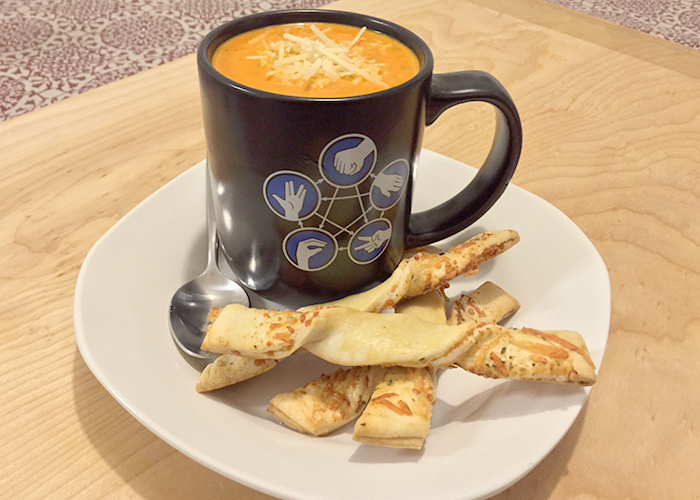 Approaching dinner, the big meal of the day, I felt it only appropriate to do a traditional pie—kind of. Just like Pi Day is a celebration of something traditional in a new way, I found a traditional looking pie with a unique filling. Filled with ground turkey, salsa, and cheese, this Southwestern Taco Pie from Menu Musings tasted amazing. 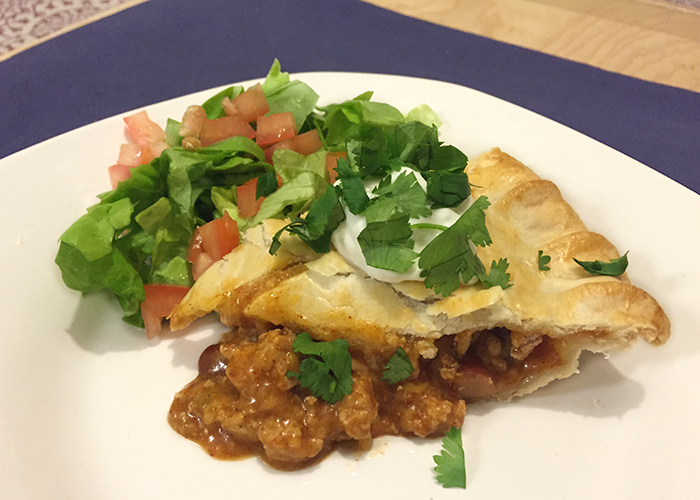 Rounding out the last of my 3.1415 recipes, I felt it only right to end with dessert, and for me that had to have chocolate. Salty and sweet, rich and creamy, Kevin & Amanda’s Dark Chocolate Salted Caramel Pie was the way to end a day of pie. I chose to make it with a Pretzel Crust which cut some of the sweetness from the filling. That being said, this thing is still rich (and amazing) so make sure and share this pie, and the celebration of Pi Day, with others! 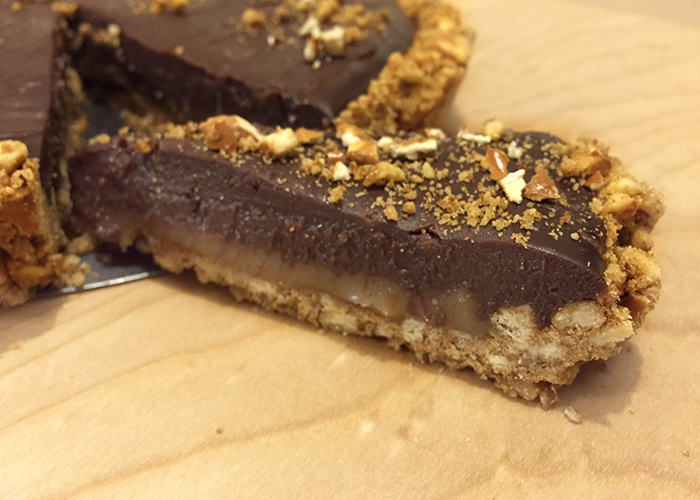 There are probably as many variations of pie as there are numbers in pi. Which ones will you be enjoying this Pi Day?