Poetry of resistance and environmental justice 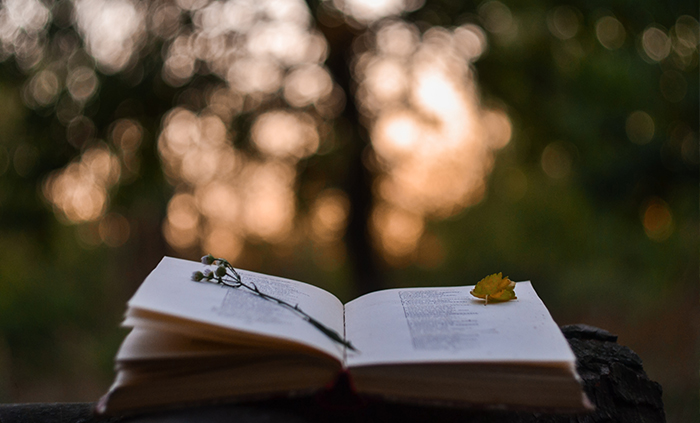 Since its inauguration in 1996 by the Academy of American Poets, National Poetry Month has become perhaps the single most-celebrated global literary phenomenon of the year, making April arguably the most literate month. Sorry November, your romantic dreariness and proclivity for wool socks and chai lattes are no match for the explosiveness of newfound energy and voices in spring.

As I’ve written recently, Spokane is a hive of poetic activity, and this April has seen many literary events throughout the region, from high school poetry slams to Humanities Washington discussions and panels, to the week-long Get Lit! literary festival. What other city has an entire week specifically devoted to the literary arts?

In this post, we’ll look at two volumes of poetry from our library’s collection that seem extra fitting for the present day, as they are also tremendous artifacts of resistance and environmental justice. The first is set largely on the Standing Rock Reservation, and the second on the Hanford Nuclear Reservation.

Layli Long Soldier’s Whereas, National Book Award finalist and winner of the National Book Critics Circle Award, demonstrates the power of poetry to be a tremendous cure for the collective amnesia that complacency and privilege in this hyper-modern age can conspire to cultivate. Whereas usurps the ambiguous and stilted language that the US government relies upon in devising treaties with Native American tribes, and this powerful book of poems turns the power structures on their sides while constantly rendering languages (English and Oglala Sioux) anew.

Whereas treads both the worlds of Oglala Sioux identity and United States citizenship in order to reclaim threatened tribal language and heritage, to firmly and defiantly announce that no amount of corruption and private interests will silence some of the oldest surviving cultures of North America. Cultural amnesia, this book reminds us, runs deeper through our lives than we care to admit. In the spirit of Earth Day, Long Soldier’s first collection of poetry also reminds us that the peaceful Dakota Access Pipeline protests on the Standing Rock Reservation also began in April, two years ago, in 2016. 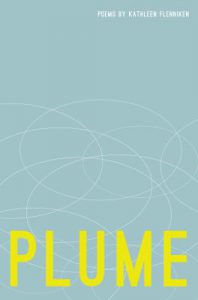 Also in the spirit of Earth Day—how can poetry ever be divorced from finding our place in the world—the second book of poems is a local gem of Washington state and at the same time a deep and unsettling meditation on place. Kathleen Flenniken’s book Plume is a collection of poems responding to the Hanford Nuclear Site, the world’s first full-scale plutonium production facility, in southeastern Washington along the banks of the Columbia River, where Flenniken grew up in the shadow of the Cold War, and where she later worked as an engineer and hydrologist.

These poems are as formally inventive as they are dense with history and scientific information. They show an honest and searing inward gaze at our society’s general tendency to ignore or gloss over the complex narratives of the Hanford Site and the Manhattan Project. Without letting Hanford off the hook for cascading into the most resource-intensive EPA Superfund site in Washington and one of the most contaminated regions on earth, Flenniken’s voice in these documentary poems carries equal parts authority and tenderness for the land and people that define her home. Plume is recommended reading for any citizen of the Evergreen State.

“April is the cruelest month, breeding / Lilacs out of the dead land, mixing / Memory and desire, stirring / Dull roots with spring rain,” T. S. Eliot famously begins his poem, “The Waste Land.” He wrote these lines nearly a century ago but would likely be rolling in his grave if he could see the world today. For all its innovation, language as we know it is, on a daily basis, pathologically and casually abused—subsidized and sold in tweet-sized bytes meant to be forgotten as soon as they’re consumed.

If poetry is a vehicle for navigating the dark channels of memory and desire and if it is how we tend the landscapes of our inner and outer worlds, then it is evident that poetry is a vital path toward truth and fidelity to our lived experience. Poetry is perhaps the truest voice of democracy—an act of courage, poise, precision, and calculation.

In whatever post-postmodern-whatever-ism-schism we find ourselves, fragmented and decentralized, let poems bring us together, not drive us apart. Let poetry remind us how to be better citizens and caretakers both of language and the environment. And not just for the month of April, which as we’ve seen is most certainly not the cruelest month (sorry T. S., you never knew the wonder of these eastern Washington hillsides erupting with arrowleaf balsamroot on the spring’s first warm, sunny weekend).

So let the momentum of poetry and art remain strong through the rest of the year. Perhaps the only bumper sticker that anyone can actually agree on is the one that says: EARTH WITHOUT ART IS JUST EH.