Read these graphic novels, you must 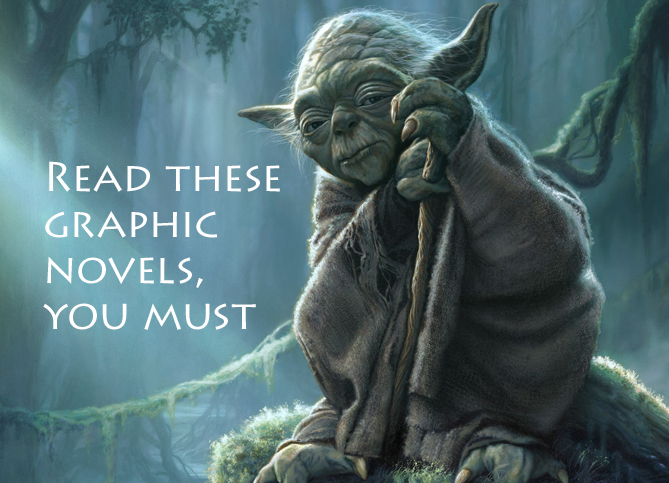 When I went to see Star Wars: The Force Awakens, I had prepared myself for disappointment. And sure, much of it was a rehash of a plot we’d already seen twice in the Star Wars franchise, and yes, there were plot holes aplenty, but I’d be lying if I said I didn’t leave the theater stupidly happy. I haven’t read a media tie-in book since high school. Until now.

Since The Force Awakens premiered, I’ve been steadily working my way through the “new canon” of Star Wars novels, from Heir to the Jedi to Lost Stars to Aftermath. And they’ve all been good fun, but I don’t think any printed medium captures the iconic cinematic feel of Star Wars quite like graphic novels do. The various collections released by Marvel Comics in the last year have been keeping me solidly entertained. Here are a few highlights from the Star Wars graphic novels, now available through your library: 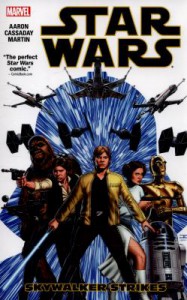 The rebels struck a major victory at the Battle of Yavin with the destruction of the Death Star, but the Empire isn’t defeated yet. Princess Leia leads a covert team of your favorite rebels—Luke, Han Solo, Chewbacca, R2-D2, and C-3PO—to infiltrate the galaxy’s largest weapon factory and deal yet another blow to the imperial war machine. But just as their scheme seems ready to go off without a hitch, an imperial shuttle arrives, bringing none other than Darth Vader himself, who now stands between the rebels and their escape. 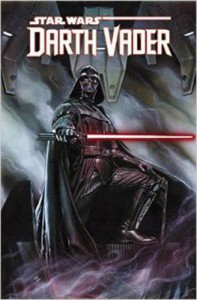 Blamed by the Emperor for the Death Star’s destruction, Darth Vader has been sent to the Outer Rim to serve the newly promoted Grand General Tagge. But the Dark Lord has plans of his own. After recruiting the plucky archaeologist Doctor Aphra and her companions—Triple Zero, a protocol droid trained in etiquette and torture, and Bee Tee, an assassin droid designed to resemble an innocent astromech—Darth Vader sets into motion a plan to seize back his place in the empire. 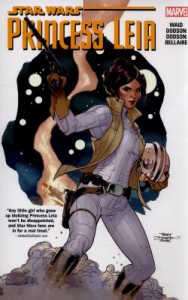 The rebels may have finally taken out the Death Star, but not before it annihilated Princess Leia’s beloved home planet, Alderaan. And now, the imperials are hunting down surviving Alderaanians across the galaxy in an effort to extinguish their culture forever. Against the orders of the rebel leadership, who consider her too valuable an asset to risk, Leia slips away from the rebel alliance to save the remnants of her people. But despite being the last surviving member of Alderaan’s royal family, Leia finds that her scattered subjects aren’t exactly united in their loyalties. 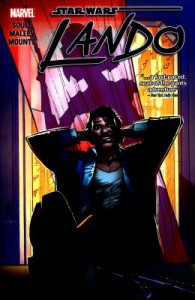 Dashing rogue Lando Calrissian and his cybernetic companion Lobot are in deep debt to the crime boss Papa Toren. But one big score promises to wipe out their debt entirely: the theft of an Imperial pleasure craft rumored to contain an untold wealth of ancient art. Together with their new recruits—an Ugnaught antiquities expert and a pair of cloned hand-to-hand experts—the thieves manage to steal the ship effortlessly, until they realize their “easy score” has landed them in a mess of unexpected trouble.

Need even more? Explore the aftermath of the Battle of Endor with Star Wars: Shattered Empire. Continue Darth Vader’s story with Star Wars: Vader Down. And follow the adventures of everyone’s favorite fuzzball in Star Wars: Chewbacca!